Rabindra Thapa, 24, a community health worker associated with Save the Children (USA) is making his rounds through the communities of north Gork-ha. At the village of Archalay in Laku-ry Bot Panchayat, a five-year-old boy is clearly in the last stages of terminal pneumonia. He was breathing fast, his nostrils flared, his pulse was racing at more than 50 per minute, and Thapa could see the suction in through the rib cage as the child struggled to breathe. The lips and finger-tips were already discoloured.

The father, who was hovering over the prostrate child with incense in his hands, said the jhankri (shaman) had just been in. His son was down with the “Nepali ‘^yatha”, he said using the term used a that area to identify mysterious dfflictions imported from Kathmandu (still “Nepal” to many villagers). Frustrated, and unable to convince the household that the child had to be taken to hospital in Gorkha, Thapa continued on his rounds. A month later, he met the father on the trail and was informed that “baccha khera gayo”. The child had been “wasted”.

At his moment of death, the child became part of the devastating child mortality statistics of Nepal, where more infants and children per thousand die than most other countries. But in a country jaded with development talk, numbers and charts, there is talk of the perishing children, but in a surreal atmosphere where the impact is not there. Perhaps this was what led James Grant, UNICEF’s Executive Director, attempt to make thev situation more graphic. Speaking to the press in Kathmandu last year, he said it was as if three Boeing 747s packed with Nepali children were crashing into the Himalaya every day during the height of the monsoon. There are 2.8 million children below five in the nation.

As for the statistics, the National Diarrhea Survey of 1985 estimated that 99,000 children die annually while UNICEF estimates the figure to be 137,000 so the truth is somewhere in between. Health Ministry officials say that every year, some 45,000 die of diarrhea alone. UNICEF stated in a report last October that children under five are the most endangered section of the Nepali population. The latest data from the Washington DC-based Population Reference Bureau show that 206 children under five out of every 1000 die. (For comparison, 329 in Afghanistan, 48 in Sri Lanka and eight in Sweden. In February, the Registrar General estimated that that India’s child mortality rate was down from 104 per thousand in 1984 to 94 presently)

While the situation is bleak, the figures are   not   static. Child   survivability   is increasing as immunisation covers more of the country, sanitation and water supply improve and illiteracy among mothers is brought down to some extent so that there is increasing resort to prevention and medical cure.

But there is no cause for complacency. A review of the situation of children in Nepal, prepared for a SAARC conference on South Asian children last October, states, “If the children are suffering today, it is because people are burdened with poverty. More than five percent of the children are suffering from third degree malnutrion, which is among the highest anywhere. Malnutrition mirror mass poverty, and the preconditions for resolution is to increase the living standards.”

Nutritional deficiencies, unhygienic environment, geographical factors (such as iodine deficiencies in the high valleys) and cultural problems such as food taboos and habits all combine to target the Nepali child. Diarrhea, followed closely by Acute Respiratory Infection (“ART1, which includes pneumonia) are the two major killers.

Most of the children who die from diarrhea-related dehydration are between six months and two years of age. A “Machhapuchare of diarrhea-related deaths” in the few months preceding the monsoons takes most of the lives. Those are the months when the nutritional status of farm families is the worst because of low foodstocks. All that is required to save the 45,000 children every year is to spread the news of Oral Rehydration Therapy: the use of fluids to replace whatever a child loses.

“The use of drugs for diarrhea is useless or dangerous,” says Dr. Nils Daulaire, a John Snow Institute (JSI) USAID specialist in Kathmandu, “but unfortunately many doctors prescribe antibiotics and Lomotit. Discharge is stopped, but the diarrhea is not cured, but gets absorbed. It just gets absorbed into the intestines. Lomotil should never be prescribed for children and only rarely are antibiotic essential.””.

The fail-safe cure for diarrhea is simply use of the ‘nun-chini-pani’ formula, or the socially marketed “Jeevan Jal”, but even here there are some problems. The radio commercials for nun-chini-pani advise the concerned mother to “mix a pinch of salt, a four-finger scoop of sugar and three glasses of water (to make half litre).” That leaves so many variables that the fluids might prove to be ineffectual, public health workers say. Also, a study has found that 60 per cent of the households in Nepal do not have sugar.

Even with the Jeevan J(al packets, which comes with the salts already mixed in the right quantity, there is a problem of standardised water containers. A “national container study” is underway to find the most appropriate size of glass or aluminium measure. Field workers also say that villagers have a tendency to use only parts of a Jeevan Jal packet because the full pack makes a litre of the solution. They sifggest the marketing of smaller packets.

Less alert
On the average, a Nepali child suffers from six episodes of diarrhea a year. For every 400 cases of diarrhea, there is one death. This heavy incidence makes parents less alert so that they are slow in detecting a serious case. From its first signs, a case of diarrhea can lead to death within a day, although on the average the progression takes two to three days. Giving fluids to the child prevents death through dehydration while allowing time for the disease to run through its course.

Diarrhea is easy to identify and to treat, and social acceptance of ORS is the only problem remaining. The problems related to respiratory infection, on the other hand, are far more complex, and the cure requires medical expertise. Unfortunately, ARI is most prevalent in the remotest highland districts such as Jumla. “ARI is the big killer, but unfortunately nobody knows quite what to do about it,” says Mary Taylor at Save the Children (USA). “Usually, by the time a child is brought to the clinic, he or she is in state of shock and it is too late ”

Dr, Mrigendra Raj Pandey, Senior Physician at Bir Hospital, says ARI is particularly serious in Nepal because of the prevalence of household smoke and parental smoking and lack of medical facilities. For years, health planners left ARI alone because of its complexity and concentrated instead on communicable diseases, immunisations and diarrhea. 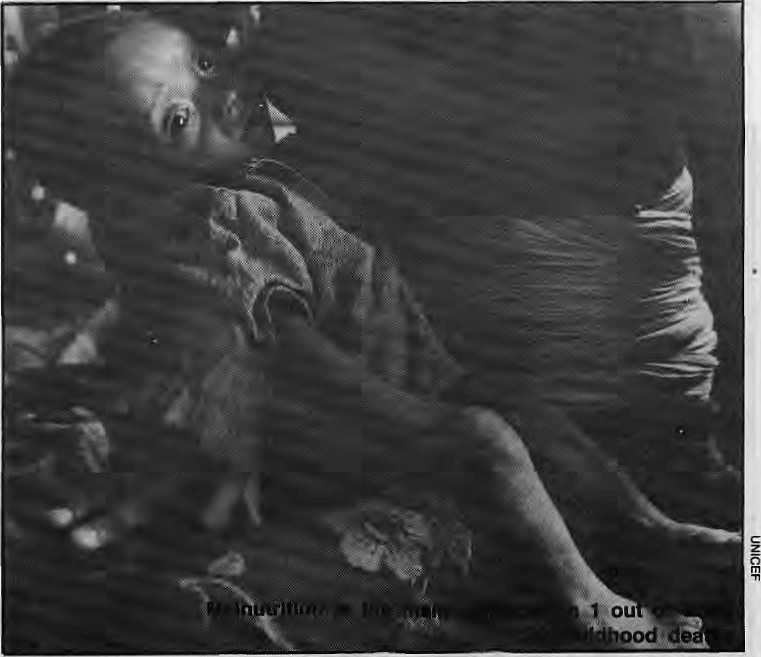 “Unfortunately, very little work has been done about ARI in developing countries,” says Pandey. “It is difficult to imagine a primary health care programme that does not include an organised approach to the leading causes of ARI-related deaths,”

A typical case of pneumonia, which is the bacterial infection of the lungs, starts with a cold. As it gets worse, the lungs start to fill with pus and the child literally suffocates. A child dying of ARI is in a lot of pain, before she/he lapses into unconsciousness. A study done by Pandey’s Mrigendra Trust in Jumla District revealed some shocking details: among children up to nine years of age, the mortality rate in this terribly “backward” district was 489 in 1000, of whom 333 die of bronchial infection.

Resistance reduced
Because of the shortage of medical doctors in Jumla, the Mrigendra Trust, in association with the Nepal Red Cross and others, has begun training community health workers to diagnose ARI, based on a child’s breathing rate. For the first time, serious research on ARI is being carried out in Nepal because this is where the problem is most serious at present.

Diarrhea probably kills between 40 and 45 per cent of Nepali children under five; an ARI kills about 25 percent. The other childhood deaths are measles, tuberculosis, tetanus, whooping cough, diptheria, digestive diseases, poisons and accidental injury. Malnutrition, which weakens children and reduces their resistance can be a factor in most instances of deaths. Symptoms described by villagers as “sukeko” (dried up), “runche” (constantly crying) and “sunneko” (swollen) most probably indicate protein energy malnutrition, according to Dr, Nabarro, who has studied childhood deaths in Dhankuta and Sankhuwasabha Districts in East Nepal. “Malnutrition, described as sukeko, sunneko or runche was the main symptom related with 10 per cent of the deaths under age 10,” he says, concluding that there is a need to ensure that curative and preventive health services reach the youngest of the community.

“Nepal is committed to health for all by 2000, and because 40 per cent of the population is under 14, health care services must focus on children”, says Dr. Hemang Dixit, professor of pediatrics at Kathmandu’s Teaching Hospital. “Unfortunately, this is not happening. As the superintendent of Kanti Hospital once said, most administrators have forgotten their childhood and their pediatricians by the time they reach positions of importance. They forget that investment in healthy children will give returns for a lifetime.