At a recent international development conference in Johannesburg an expert on conflict, development, HIV/AIDS and climate change – a person of Southasian ancestry, naturalised in the UK and with a Commander of the British Empire title to boot – named Dr Mukesh Kapila referred during his presentation to “PL-480”. A ripple of recognition spread across the room, and heads nodded from the Caribbean to Southeast Asia, Latin America to Southasia. What was this strange title, which held such meaning for so many people engaged in development around the world? 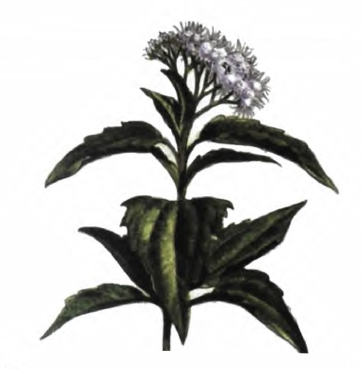 In Southasia, PL-480 means the arrival of wheat, the displacement of rice, support for the hungry, subsidies for American farmers, and the dispersal of the plant banmara. Banmara? Haan ji, the ‘killer of the forest’. Dwight Eisenhower in 1954 promulgated the Public Law 480 programme, later dubbed Food for Peace. There are lots of discussions extant on the good and evil propagated by PL-480. In signing the legislation, Eisenhower said the purpose was to “lay the basis for a permanent expansion of our exports of agricultural products with lasting benefits to ourselves and peoples of other lands.”

I have always fancied myself something of an expert on banmara, and have long held forth – based on reporting done a quarter century ago – on how this arrived with PL-480 wheat shipments; how it is useless for cattle feed or fertiliser; how it degrades forest, bush and pastureland alike; how its root structures are weak, allowing erosion during downpours.

Scientists knew banmara as Euphatorium adenophorum, but we did not have a name for it here in Southasia because it was not local. As it spread across the central Himalayan midhills, it came to be called Panchayati jhar (weed) before the name ‘banmara’ stuck. In other parts of the world where it has spread, the plant was named after assorted local autocrats and dictators. A plant native to Central and South America, the word was that it invaded Southasia without a visa, riding the ships filled with PL-480 grain.

Or so we thought. One learns how important it is to update oneself before pontificating. To begin with, Euphatorium adenophorum is apparently the wrong nomenclature for banmara, the shrub actually being of the entirely different species Chromolaena odorata, of the family Asteraceae. It may even be that PL-480 has been wrongly named the guilty transporter, for a certain botanist named K Biswas wrote back in 1934 that the spread happened between the mid-to-late 1800s, the seeds accidentally introduced from the ballast of cargo ships unloading in Singapore, from where the shrub  spread to the humid parts of South and Southeast Asia. There is also an 1882 reference to C odorata being used as an ornamental plant in Central and East Bengal and around Calcutta. A Nepali scientist, C M Joshi, believes that banmara was probably introduced to Nepal in the 1940s, a contention one would accept while asking: a) what took it so long to get from Bengal to the midhill next door; and b) can the rapid spread in Nepal after the 1970s still be blamed on PL-480?

It is obviously time to conduct some follow-up research. Some are now suggesting that, for all its ills, banmara does in fact help to stabilise denuded slopes, because it is so quick to colonise the space and protect it from the monsoon showers. As for the spread, because it is not shade-tolerant, the best way to get rid of the weed, rather than bemoan its march, is to start planting quick-growing trees. And as for whether banmara necessarily destroys the soil, scientist Kanok Rerkasem of Chiang Mai University in Thailand writes, “Farmers recognise the contribution of Chromolaena odorata as a soil builder.” Apparently, even the other species, E adenophorum, helps, like C odorata, to substantially build soil fertility and structure.

The claim I have also made over decades of trekking, relying on many scholarly theses, is that the leaves of the infidel shrub are useless for cattle, sheep or goat consumption. They don’t know it and they will not chomp on it. A truly useless plant. Well … walking in the hills southeast of the Kathmandu Valley last year, we came across a group of ladies with doko baskets full of banmara heading downhill. “What’s that for?” came the question. Answered one of them: “The buffalos and cows – they have learnt to like the taste of banmara, sir!” So, adaptable Southasian midhill mammals, who shunned this alien for decades, now apparently eat it with relish, especially young sprouts. It is an acquired taste.

The lesson of it all: Do not blame PL-480 for everything just yet. Update your research.