Prashant Tamang, we know, is the West Bengali, Nepali-speaking citizen of India who made it right to the top of the Indian Idol television tamasha. But who is the ‘Tamang’ in him? What is the trajectory that brings someone from the steep valleys of the central Himalaya to be idolised by tens of millions of people – viewers who know nothing of that trajectory? 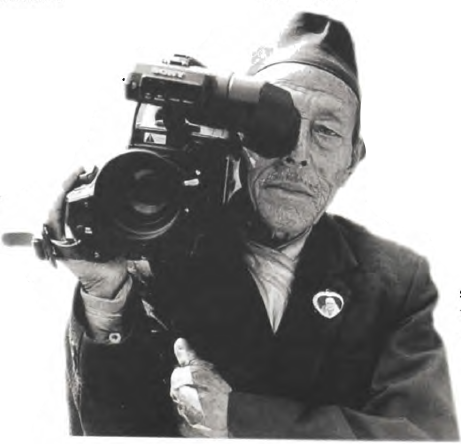 There is a story that goes back beyond the arrival of what are known as the Tamangs’ into the central Himalaya – a time and place without history, but with some folklore and conjecture. Some say that this migration began from the lakes that lie to the south of what is today Mongolia, some thousand or two thousand years ago. This movement of people headed south and then westward, along the northern slopes of the Himalaya. One group penetrated the steep valleys north of the Kathmandu Valley, where its members evolved to become – as they are identified in the Nepal Census – Tamang. Other groups, who came earlier or later, also penetrated the Himalayan ramparts, but in different areas. They became the different tribes of what two and a half centuries ago became the state of Nepal.

The Tamang, translated by some to refer to an equestrian people, came to surround Kathmandu as the valley evolved a high urban culture that rivalled some of the finest in Asia. But the Tamang were not to benefit from this evolution. Their proximity to the thriving mini-kingdoms of Kathmandu, made rich by paddy cultivation and entrepot trade, led them to be bonded in support of the growth of the Valley civilisation.

And so, the Tamangs, by the virtue of their location, became exploited. these included the slightly variegated Tamang communities surrounding the Kathmandu Valley, in Rasuwa to the northwest, Sindhu Palchok to the northeast, Kavre and Ramechap to the east, Lalitpur and Makwanpur to the south and southwest, and Dhading to the west.

It is likely that the Valley’s Lichchhavi and Malla kingdoms both exploited the Tamang communities, and it is certain that the Gorkha and Shah regimes did so from the 18th century onwards. Among the earliest commanders of the Gorkhali empire-builders, there were quite a few Gurung and Magar, though they were later weeded out. Throughout, there were no Tamang.

During the 104 years of Rana rule, the Tamang seem to have been reserved for labour supply for the Valley, and were not even allowed to join the British Gurkhas, a facility that was extended to the Gurung, Rai, Limbu and Magar after the 1814-16 Anglo-Nepal war. Instead, throughout these years the Tamang were made to serve mostly as pipa, or load carriers, for the Gorkhali military.

When the exploitation became too excruciating, the Tamang did what other communities in Nepal did: they migrated. And when they arrived in the Duars, the Darjeeling Hills, and further eastwards, they flourished, as scholars, teachers, musicians. Having been released from the exploitative grip of the Nepali state, the Tamang were allowed to attain their genius – which is also what Prashant Tamang has managed today, taking the identity of a Nepali-speaking Tamang across Southasia as a crooner of Hindi filmi songs.

Prashant Tamang does not know Ram Bahadur Tamang. The latter came from a Tamang region southeast of Kathmandu, with a name that does not show on any map – Byabar. The Tamang from Byabar served the Rana palaces as guards and porters. Ram Bahadur was one such. One day, he was caught by a photographer holding an early-model Sony video camera. He had a Sirdi Sai Baba badge on his left lapel. The image of Ram Bahadur is now the logo of the Film South Asia documentary film festival. He looks out over the world through his camera and his other, free, eye. The trophy given to the best film at the end of each FSA is known as the Ram Bahadur Trophy.

Ram Bahadur moved on shortly after this picture was taken. But he will no doubt be looking down on Prashant today – musing at how a Tamang has taken over the imagination of so much of Southasia.