The Tibetan government in exile at Dharamsala is more sophisticated in dealing with the western media than the Indian, Bangladeshi and Nepali officialdom combined. And so the setting was well set for a major announcement by the Dalai Lama: 9 October 1991, a wood-panelled auditorium of Yale University, with all the major wire services, newspapers, radio and television represented.

The Dalai Lama had two announcements to make. One, the Strasbourg Proposal (in which the Dalai Lama had indicated his willingness to accept autonomy and self-government rather than full independence from China) was now invalid. The Chinese had not even seen fit to acknowledge that “maximum concession” on his part and had instead “increased its negative attitude towards me and also repression inside Tibet.”

Two, the Dalai Lama said he wanted to visit Tibet to meet Tibetans inside and to make an on-the-spot assessment of how things are: He would go to Lhasa, Kham and Amdo, and would welcome the presence of high-level Chinese officials and foreign journalists and observers. 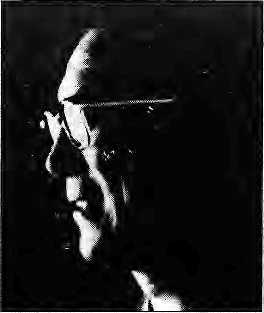 It sounded as if he was proposing to storm the barricades — produce an international embarrassment for the Chinese by turning up at the border. The journalists sat up, sensing a scoop. When was he going, where would he enter, could they come along, and had the Chinese been approached?

No, he had not informed the Chinese, because they were not prone to responding to proposals they disliked. He did not know when he was going, because that would depend on the Chinese, but he would like to go “as soon as possible”. He would like to enter by surface, via Nepal. Yes, that would first require getting permission from the Nepali Government, which seemed unlikely.

Everything, it seemed, depended upon the Chinese, so the journalists slouched back on their seats. By the Dalai Lama’s own account, the Chinese had “only mouths expressing long lecture”, and not the ears to listen to his and other viewpoints.

The announcement seemed to have more to do with the Tibetan exile government’s wanting to attract focus on to itself at a time when international attention was riveted on the Baltic States, Eastern Europe, Mongolia, and the Koreas. Fresh from a highly “emotional” trip to Mongolia, Bulgaria and the Baltics, the Dalai Lama and his advisors seemed to be saying, “What about us?!”

Also, the Dalai Lama’s media advisors had counted without the Clarence Thomas senate hearings, which exploded into the American television screens in the days after the Yale press conference. The highly charged hearings swamped every carefully planned news event, and the Tibet-return announcement too never received the play that was expected.

There was a “bonus” though: at Columbia University on 11 October, prominent Chinese dissident Fang Lizhi concided that “Tibet had suffered during the last 40 years”. Said Fang, “I would like to completely respect the choice of Tibet. That is the only answer if you insist on the principle of human rights.”