After nearly seven years of trying, through one and then a second constituent assembly, one would have expected a constitutional draft a bit more progressive, injected with Nepali originality, one that dealt optimally with cleavages that have riven our society—and came up with a short and sweet text that would stand the test of time. 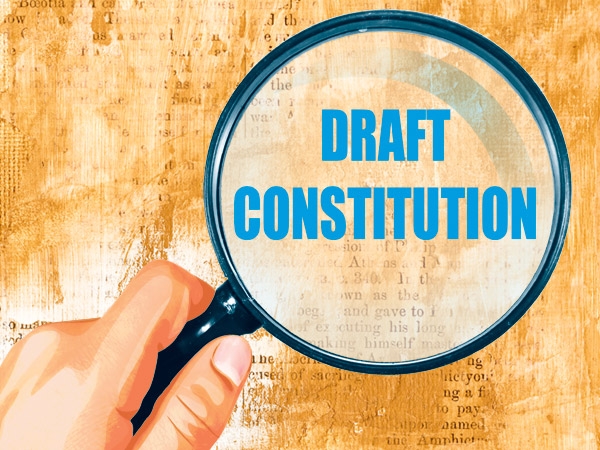 Instead of an optimal constitutional draft, we have a sub-optimal text that is an ad hoc assemblage of provisions without unifying vision, where the sum definitely does not add to more than the parts. This is not a product of jurists and constitutionalists meant to take us into the future, even though pushed by two large democratic parties which, between them, have nearly two-thirds majority in the Constituent Assembly (CA).

On critical matters, the framers have failed to make a distinction between issues that are a matter of political choice and others that pertain to universal norms (eg, citizenship derived from mother’s name, gender equality in acquiring naturalised naturalised citizenship). They have included socio-political analysis on matters where there will be differing opinion s (such as society having been feudal or the need to ‘build the basis for socialism’) while tending to neglect principles that are universal and timeless, such as justice, equality and non-discrimination.

The basic law of the country should not seek to propitiate temporary whims through populist slogans that are sure to be outdated within years. The ad hocism in the drafting has given us a long document that gets us stuck in the quicksand of detail and, which will bog down society in interpretations and amendments far into the future. The constitution should have been more selective while leaving the laws to be exhaustive, this way it would have retained its sanctity far into the future.

This, then, is a document prepared by those who, for all the overseas junkets over the years, failed to look to the Southasian experience on constitutionalism—‘Ambedkar who, did you say?’

And yet, for all the flaws in its conception and provisions, there is no rejecting of this draft constitution. The state has been weakened internally and externally, hit by poor performance of the national political leadership and pummelled by external micro-management. If the country is not to descend to a state beyond recovery, we need to adopt a constitution based on this draft, trying our level best to force changes through public debate and popular pressure.

Not Buddha’s own country

To start at the very top, the preamble refers to Nepal as a country shaped by the ‘glorious history’ including ‘armed revolt’ (Preamble, 2). This is a poorly veiled reference to the so-called ‘people’s war’ of the Maoists, and its inclusion is heart-stopping because it winks knowingly at the use of violence in politics, just as we seem to be coming out of the dangerous era.

The Maoists picked up arms against the parliamentary state and elected democratic government in 1996, and this glorification of the conflict will haunt us forever—it is a socket bomb thrown into the heart of constitutionalism. I would like to see if the ‘Buddha was born in Nepal’ activists will rise to the occasion to decry this inclusion by the framers, but frankly I do not have much hope.

The section on fundamental rights is weakened by the preliminary provision that allows the state to make laws to curtail them (Article 22, 1). The rights to expression and press freedom have been restricted through prejudicial phraseology in different chapters, including with reference to contempt of court. Rather than have to wage battles in the legislature and courts in future it would be best if the draft were to be corrected here and now.

The politicians in Nepal seem to fail to grasp much of what makes Nepal truly ‘Nepal’, one of them being the fact that we have become probably the most open society in South Asia since the opening up of the economy in 1990. We nelfed to keep it that way for the need of society and economy, but this will not happen by loosely worded provisions in our basic law that is open to interpretation and liable to restrict people’s right to organise and to express themselves.

Among the most unhinged provisions are those that discriminate against women citizens. The provision as it stands grants citizenship to the child on the basis of ‘father and mother’, whereas it must be ‘father or mother’ (Article 12, a). A foreign woman marrying a Nepali man can start the citizenship process immediately, while a foreign man marrying a Nepali woman will have to wait 15 years (Article 13, a, b)—the result of (to be outright polemical) patriarchal, demographic ultra-nationalism.

Amidst the lax scrutiny of civil society over the ‘transitional period’ after 2006 when ultra-populism ruled, many Supreme Court justices and office-holders to constitutional bodies (including commissioners of the anti-corruption watchdog CIAA) were appointed under questionable circumstances and procedures. The demand for reconfirmation of these individuals in their positions under the new constitution is most appropriate, as it will save society much heartburn as it moves towards normalisation. Unfortunately, the constitutional draft is silent on reconfirmation.

The 40 percent of Parliament membership set aside for proportional representation under the electoral system provision (Article 88, 2) can be effective only if the party leaders are forced to stick with the chronology of the list of candidates provided by political parties to the Election Commission. Not doing so allows the party leaders to select political lackeys rather than true representatives of deprived communities. We saw this happen after the elections of 2008 and 2013, but seem not to have learnt the lesson.

Federalism and the draft

It is the definition of federalism that has kept everyone on edge all these years of constitution writing. The 16-point agreement after the April earthquake between the Nepali Congress, CPN-UML, UCPN (Maoists) and Madhesi Janadhikar Forum-Loktantrik did provide a political release by suggesting that the delineation of provinces may be done later through an empowered commission, in the interest of adopting the much much-delayed constitution.

Those who decry the agreement forget that the persisting deadlock of the last half decade was not about to go away, with all the attendant uncertainties amidst a rapidly weakening state. So, the 16 points were a step towards resumption of constitution completion, an attempt to rescue the polity from endless limbo. Those who decry are also those who hold the rigid position that only those who support the plains-only or identity-first formula are ‘pro-federalism’, everyone else (including those who prioritise economic geography) being anti-federal.

Then came the Supreme Court stay order on the 16-point agreement. Amidst varying interpretations of the order and even as the government prepared its appeal, the Constituent Assembly (CA) adopted the draft constitution for discussion, including the reference to a commission tasked with recommending delineation of provinces (Article 60, 3).

Meanwhile, the Madhes-centric parties opposed to the 16 point agreement have continued to participate in the CA. Amidst the recriminations, there is the hope that between now and the time that the constitution draft reverts from the public and moves towards promulgation, the political parties will have come up with a formula for federal delineation to be placed into the constitution.

The many weaknesses in the draft text makes one wonder at the role, responsibilities and self-perception of the 601 members of the CA, and how they allowed the writing to be hijacked from the chamber to the corridors. It is said that barely a week will be given to the public to respond to the document, while the ability of the political parties to turn a deaf ear to the people and civil society has been proven many times over.

The honourable members of the Assembly can still try and save the day, prove their raison d’ etre, and give the people a constitution that is according to their value and expectation. The members must rise to the occasion and improve the draft before final promulgation. The CA members must stand on the side of high principle, pluralism, democracy and rationality.