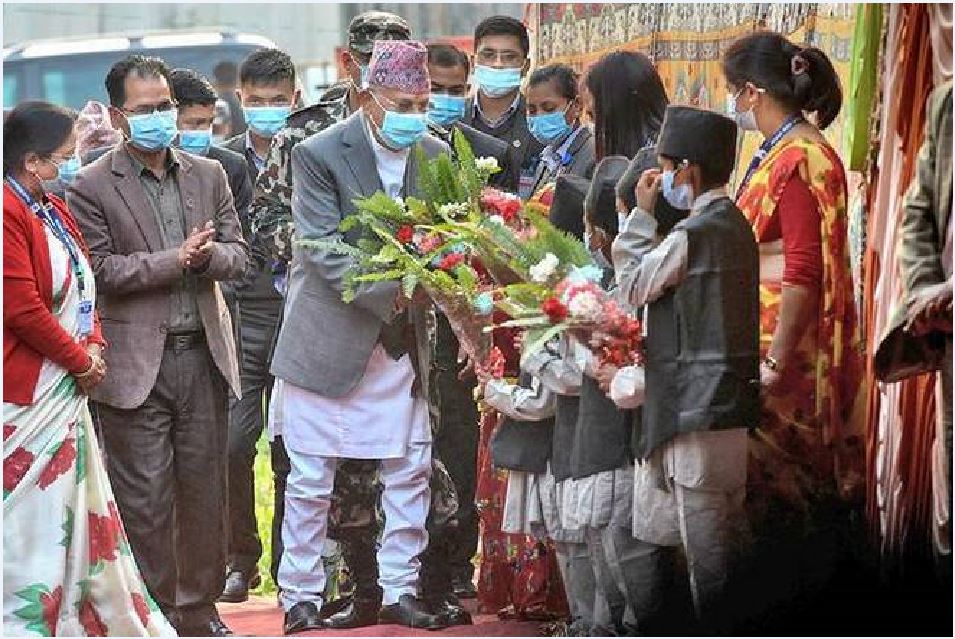 On February 23, Nepal’s Supreme Court reinstated the House of Representatives, which had been dissolved by Prime Minister K.P. Oli on December 20, responding to an attempt to unseat him from his own parliamentary party in the lower house. After hearing more than a hundred lawyers from both sides, amidst a polarised political environment, the five-judge Constitutional Bench led by Chief Justice Cholendra Shumsher J.B. Rana delivered a verdict that throws the ball back to the House.

Some hoped and others worried that the Bench would go along with the dissolution, allowing the general elections as had been called for in April-May by Mr. Oli. The Bench preferred a strict reading of the Constitution, which asserts that Parliament may not be dissolved until all options to form a government (by majority party, a coalition, a minority party, or by a member of the House trusted by the President) have been exhausted. These tight provisions were placed in the Constitution by the framers, including those in Mr. Oli’s cohort who were then members of the Constituent Assembly, to ensure continuity in governance, especially given the quick and easy dissolutions in the past and ensuing instabilities.

The Constitution has other unique provisions to ensure political stability, including one that does not allow a vote of confidence to be brought for the first two years of a Prime Minister’s five-year term. A no-confidence vote must include the name of the prime ministerial candidate, and if the vote fails, another motion may not be brought for a year.

Before the Bench, the Prime Minister’s side argued that the Constitution’s declaration of Nepal as a parliamentary democracy had no meaning if a Prime Minister commanding majority in the House did not have the right to disband it. In its unanimous judgment, the Bench maintained that Nepal did not need to look at the procedures of other parliamentary democracies in the instant case; that national experience and provisions of the Constitution should suffice.

Even though the Constitutional Bench did not censure him for mal-intent as demanded by the petitioners, Mr. Oli would be feeling out on a limb. While the healthy future of parliamentary practice may require constitutional amendment to allow a sitting Prime Minister to recommend dissolution and elections, for now, the Supreme Court has removed constitutional uncertainty.

There was method to what some might see as Mr. Oli’s madness, and it has to do with his inability to manage the ambitions of his Nepal Communist Party (NCP) co-chairman, Pushpa Kamal Dahal (‘Prachanda’). In 2017, during the Dasain (Dushhera) holidays, Mr. Oli had secretively reached out to Mr. Dahal to unify the Communist Party of Nepal (Maoist Centre) with his Communist Party of Nepal (Unified Marxist–Leninist). It was a strange coming together of a communist party that had accepted multiparty democracy and the Maoists led by a sweet-talking demagogue. The unification was a windfall for Mr. Dahal and his fast-declining party. It also seemed an unworkable experiment that sooner or later would bring grief to the polity.

Even as Mr. Oli took the reins of power, Mr. Dahal initiated his two-pronged strategy of selective media capture and weaning away UML stalwarts by feeding their sense of grievance and powerlessness vis-à-vis the imperious Mr. Oli. In particular, Mr. Dahal worked on former Prime Minister Madhav Kumar Nepal, who had been defeated by Mr. Oli for the post of Chairman in the UML general convention. Mr. Dahal dangled the carrot of presidency before former Prime Minister Jhala Nath Khanal.

Mr. Dahal moved quickly to encircle and tie down the Prime Minister. Using the proxy of his Maoist subordinate Agni Sapkota, made Speaker even with a murder charge pending before the Supreme Court, Mr. Dahal blocked constitutional appointments and sabotaged the government’s attempt to receive a $500 million U.S. grant to expand the national electricity grid. Increasingly, the so-called ‘Secretariat’ of senior NPC leaders sought to direct government affairs, as if Nepal’s was a single-party communist system.

It was when Mr. Oli got word that the Dahal group was registering a no-confidence motion that he moved immediately to dissolve Parliament. The motion arrived in the Parliament office after the dissolution declaration, but Mr. Sapkota forged the paperwork to bring forward the time of registration. A reckoning on that episode is still required, now that the House is restored.

Mr. Oli’s dissolution of Parliament triggered a vehement response with many accusing him of authoritarian tendencies. President Bidya Devi Bhandari was pilloried for having readily okayed the Prime Minister’s move. She might have sat on his communication for a day or two, but the 2015 Constitution does not give the President leeway to question the chief executive’s recommendations, not even the privilege of consultations which was available to former President Ram Baran Yadav under the interim Constitution of 2007.

Mr. Dahal threatened a violent movement should the Justices decide to certify the dissolution and elections. A civil society stalwart warned that “the people would drag the Justices out on to the streets” if they approved Mr. Oli’s recommendation. Four former Chief Justices published a statement against dissolution in what could be seen as an attempt to influence the Bench. Neither could former President Yadav hold back.

With the verdict given, it is not clear what the inter-party permutations and combinations will deliver in the days to come, or what fate awaits each of the topmost players. But without doubt, the role of Nepali Congress President Sher Bahadur Deuba will be decisive because of the MPs he holds — whether to become Prime Minister himself, back the Dahal combine, or allow Mr. Oli to serve out the next two years.

The Supreme Court has ordered the House to convene before March 8, and rather than wait for a no-confidence motion to be brought by the Dahal group, Mr. Oli is likely to seek confidence of the House. However, because the present crisis is not one between the opposition and party in power, but within the latter, the future course will rest on Mr. Dahal’s ability to unseat Mr. Oli as parliamentary party leader. At present, the Oli-Dahal support in the NCP parliamentary party is said to be more or less equal, each numbering in the 80s. (Altogether 138 MPs are required to form the government.)

For all the hullabaloo, the NCP party has not split formally, although the chasm within the leadership is deep. Even if the rank and file seek unity for the sake of elections, it is unlikely that the feuding leaders will be able to patch up.

For the long-term health of the polity, a decisive divorce between the former Maoists and the erstwhile CPN-UML is recommended. Ideology does not bind the two — the ‘democrat communists’ in the UML fold and the Maoists led by Mr. Dahal, whose concept of governance does not include democracy if he can help it, and who is yet to concede the need for accountability for grievous crimes committed during the 10-years of the rebellion he led.

Meanwhile, one cannot even make an educated guess as to who will become the next Prime Minister among the four former Prime Ministers — Mr. Deuba, Mr. Nepal, Mr. Oli or Mr. Dahal.

Kanak Mani Dixit, a writer and journalist based in Kathmandu, is founding Editor of the magazine Himal Southasian