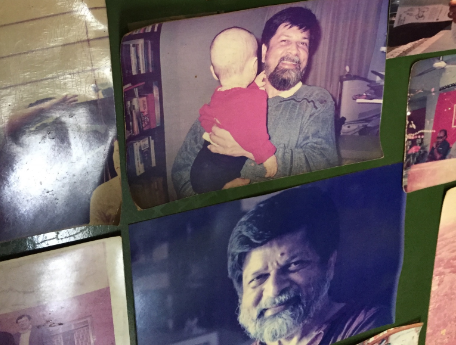 I landed in Dhaka on September 24 to try and understand the direction of Bangladesh politics as the country gears up for general elections in December, and to see if I could meet the imprisoned 63-year-old photographer and cultural activist Shahidul Alam. Given the continuing vocal belligerence of Prime Minister Sheikh Hasina Wazed and her son and advisor Sajeeb Wazed Joy on the subject of Alam’s imprisonment even two months since his arrest, the top-down political route to get access seemed bleak. So, I sought direct contact with the head jailor of the Dhaka Kendriya Karogar (central jail), Iqbal Kabir. I called him innumerable times on his cellphone and sent him half-a-dozen text messages over two days – to no avail. Understandable, given the level of intolerance the Sheikh Hasina regime has shown towards those who dissent. The judiciary, civil society, parliament and bureaucracy have all been asked to crawl, and it was unlikely that Kabir would be able to stand up.

If one could not meet Alam, the next best thing was to observe where he was kept. So, at 6.30 am on September 26, before the Dhaka traffic woke up, I headed out with Alam’s partner Rahnuma Ahmed and two colleagues. After crossing the Buriganga bridge eastward and travelling 5 km on an under-construction highway, we arrived at the 31-acre compound of the brand new Dhaka Central Jail in the middle of a barren plain in Keraniganj. There was nothing to indicate that this was anything other than an office or apartment complex, except for the menacing, free-standing guard tower on the side. (A photographic report of the precincts proudly displayed rows of housing towers and the gallows, replete with signboard.)

The old, abandoned Dhaka Central Jail back in the capital now houses a lone inmate – Begum Khaleda Zia, chairperson of the Bangladesh Nationalist Party, in veritable solitary confinement. Alam, meanwhile, is amidst more than 10,000 inmates, the number expected to swell as tensions rise ahead of the elections. As it is, many of the detainees are Bangladesh Nationalist Party members taken in on false charges of drug smuggling, destroying property and carrying explosives.

Rahnuma Ahmed walked across the dusty drive to enter the jail. Inside, the approximately 200 visitors were asked to shout out their messages to the 50 inmates standing behind bars. The loudest are able to communicate best, said the soft-spoken Ahmed. She was, nevertheless, able to get across to Alam my greeting on behalf of his friends and supporters in South Asian media and academia. “Tell him to give my love to all,” he shouted back.

It is evident that Alam has been framed. Since the 2014 elections that brought her back to power – with the Bangladesh Nationalist Party boycotting the polls – Sheikh Hasina has been increasingly autocratic and reactive to criticism. Having worked single-mindedly to decimate the formal political Opposition, she has had to contend with spontaneous social combustion in the past year in the form of the “quota reform” protests in April and the “road safety movement” in July and August. The latter was triggered when two high school students were run over by a bus driven by an unlicensed driver, which resulted in pre-college youngsters all over the country erupting in protest.

To tackle the students on the streets, the police took the assistance of goons of the ruling Awami League’s youth wing, the Bangladesh Chatra League. Riding motorbikes, wearing helmets and wielding iron rods, they bore down on the demonstrating youngsters. The police rounded up dozens who led the protests, even those who merely sought to help by providing food and water.

An enraged Shahidul Alam was on the street watching all this unfold. Always one at the forefront of using new technology, he live-streamed the events on Facebook, with harsh words for the police and ruling party goons. On August 5, Alam spoke with great feeling on Al Jazeera television even as the demonstrations continued. It is clear that it was the Al Jazeera interview that triggered the decision to throw him behind bars – that someone from the inside was informing the world about what was happening in Bangladesh had miffed the ruler(s). However, the first information report of the police refers only to Alam’s Facebook Live posts, and exaggerates what he said or otherwise fabricates posts to claim he misrepresented the protests, incited the youth to violence, and called for the government’s overthrow. Alam was charged under Section 57 of Bangladesh’s Information and Communication Technology Act, which criminalises communication that “tends to deprave or corrupt” the image of the state.

No room for dissent

As far as Alam’s criticism of the government goes, the ground of discourse seems to have shifted so much in Dhaka that mere criticism of the Hasina regime can now be regarded as treason. At the drop of a hat, anyone can be called a Jamaat sympathiser, a Razakar collaborator, an ISI (and even Mossad) agent, or a Westernised deviant – with the Awami League alone the nationalistic repository of all that is great and good. Uniquely and ironically, the omnipresent Indian state is not brought into play as the volleys are lobbed against dissenters, the reason being simply New Delhi’s tight embrace of the Hasina regime.

The jailing of Alam, his being beaten up in custody and his being denied bail has been conducted with deliberation and malicious intent, meant to send a message to the Bangladeshi intelligentsia. While most of the ministers in the cabinet seemed embarrassed by Alam’s arrest, the police, bureaucracy and party rank-and-file went into high gear concocting accusations and developing wild conspiracies and unbelievable associations. It could not have been that the government did not expect a tremor across civil society globally – and indeed South Asian, Asian and global stalwarts, including Nobel laureates Desmond Tutu, Shirin Ebadi, Joseph Stiglitz and Muhammad Yunus, human rights activists, cultural personalities and media persons did rise to the occasion with signatures and appeals for Alam’s release. But the Hasina regime had made its calculations to rough it out.

Among the first statements to come out after Alam’s arrest was one from a group of editors in Kathmandu, who condemned the action and described Alam as a “one-man institution who has simultaneously sought to inform the Bangladesh population and bind the people of South Asia through the exchange of news, photography, information and cultural energy”. And when Hasina arrived in Kathmandu for the BIMSTEC Summit on August 30, the city walls were lit up at night with images and texts demanding freedom for Alam.

While there have been thousands of other international signatories demanding Alam’s emancipation, including Noam Chomsky, Arundhati Roy, Naomi Klein and Gayatri Chakravorty Spivak, what is significant for Bangladeshi society is the long list of eminent citizens within the country who have come out with appeals and signatures. These women and men are the ones who will suffer in the days to come even as they take a stand for democracy, social justice, an open society and secularism – but who will ultimately win the battle against creeping autocracy.

Mostly, the defence of Alam’s arrest has been left to Hasina and her son. On August 31, the prime minister, without referring to Alam by name, said, “For me, there is no compromise on the question of ethics. Many internationally famed intellectuals took the opportunity of Digital Bangladesh, which I’ve built, to spread false information on the social media… And when we acted against these people, there were howls of protests all around us. Even there was international pressure.”

In New York for the United Nations General Assembly in late September, Hasina was unrelenting in an interview with Reuters (focussing mainly on the Rohingya refugee crisis) in which she was obviously referring to Alam as she said, “… [he is] totally mentally sick, his brother committed suicide, he has no family, nothing.” (Alam’s elder brother Shamsul “Khaled” Alam committed suicide in 1970.)

For his part, Joy, the first son, went on the offensive in a Facebook post on August 10, claiming against all evidence that Alam had incited students and getting his dates back-to-front as he sought to correlate an attack on an Awami League field office with Alam’s Facebook and Al Jazeera presentations.

After Rahnuma Ahmed emerged from her brief meeting with Alam amidst the cacophony of detainees and visiting families, we made it back to Dhaka over the Buriganga bridge and arrived at the apartment building from where he was taken violently on the night of August 5, hours after the Al Jazeera interview. More than 30 security personnel came in 15 vehicles, including the Detective Branch, the Rapid Action Battalion, the regular police and the Directorate General of Forces Intelligence.

Down by the gate, the CCTV cameras still had black masking tape over the lens, placed by the security wallahs as they cordoned off the area. The server at the guard post had been yanked off the wall and taken away, all of this observed solemnly by Hasina staring down from a government-issue wall calendar.

A verdant staircase full of potted plants and flowers led to the third-floor apartment. Inside were posters and photographs from all the hemispheres, indicating Alam’s worldwide reach as a chronicler of the marginalised – as photojournalist, activist, curator, educator and institution-builder. Among the worldly artefacts, tucked away on the side of a cabinet were personal pictures from Alam’s tousled-haired youth to his rugged khadi-clad present. A 2018 calendar put out by his photography organisation, Drik, on the theme of Rohingya refugees marked his incarceration day-by-day. As I write this, it is exactly two months since his abduction.

On a coffee table lay a copy of the Daily Star, which detailed Alam’s career and oeuvre: “Shahidul Alam: His Journey as a Witness”. The English daily and its Bangla language sibling, Prothom Alo, have tried their best to stand up to Hasina’s autocratic ways. For his troubles, Daily Star editor Mahfuz Anam is wading through dozens of cases (defamation and sedition) slapped against him by the irate Hasina regime, having to travel to far corners of the country to attend hearings.

Anam’s travails were a precursor to Alam’s detention and a bellwether for the challenges faced by journalists and cultural stalwarts not only in Bangladesh but all over South Asia. Beyond the draconian cyber security laws being introduced from Sri Lanka to Bangladesh to Nepal, state entities everywhere are coming down hard on media persons – or have a mind to. In Nepal, an online editor was handcuffed for carrying a news item (with due credit) from another source in September; Myanmar’s Aung San Suu Kyi has remained silent on the sentencing of two Reuters reporters to seven-year jail terms for having exposed atrocities against the Rohingya; a reporter for the Pakistani newspaper Dawn was served a notice for treason on September 24 regarding an interview with former Prime Minister Nawaz Sharif; and within the vastness of India, journalists who work in the vernacular, away from the protective distance of English, are increasingly exposed to violence.

In Bangladesh, it is clear that matters are going to be somewhat more difficult for civil society, including the media, before they get better – leading up to and beyond the December elections. With his multiple bail requests denied, it seems Shahidul Alam will be watching all this from behind the bars of the Dhaka Central Jail. His friends can take heart from what Beena Sarwar (journalist from Lahore, presently in Boston) wrote in The Washington Post, “Shahidul has done more to promote a positive image of Bangladesh and counter stereotypes than those who ordered him to be arrested and are now charging him with ruining the country’s image…”