As Jet Airways Flight 262 from Kathmandu was landing in Delhi, I looked out of the right window in search of familiar landmarks: first the Jamuna barrage, then the sewage-treatment pond and finally the concrete petals of the Baha’i temple. But this time, I was staring down at an unfamiliar landscape – the only recognisable feature was ruined fortifications, which had to be the Purana Quila. The confusion was cleared up after touchdown. The fancy new international terminal at the Indira Gandhi International Airport is not yet ready, but the new runaway has been put to use. As a result, the approach now requires aircrafts to fly further south, and hence the view of the old fort ruins. 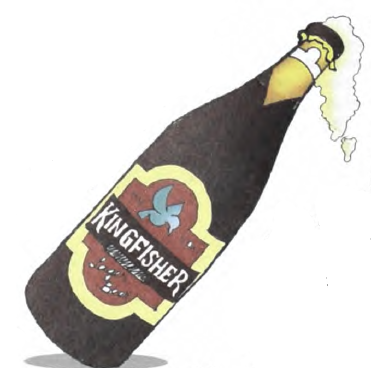 Travel to Delhi, whether there is a view or not, always introduces a momentary panic in my mind, a programming that goes back to the summer of 1975. A law student venturing out from Patna, en route from Kathmandu to the great Indian metropolis, detrains in the Old Delhi Railroad Station, is fleeced by three-wheeler autorickshaws, and finally arrives at Delhi University’s Jubilee Hall hostel to learn that there is no accommodation. Then there is the search for a chattri in nearby Timarpur Township, across Mall Road, which is also the Grand Trunk Road. A small-town boy lost in the big city, like so many others. And the first-time experience of the bone-bleaching heat of the plains, and no one tell about it.

Dilli must be similarly alien to many Indians as well, outsiders in this powerful metropolis. The most powerful politicians and bureaucrats in the land reside here, and they have in turn attracted the scholars, the business folk, the artists, the activists and the labour force to service everyone. Today, Old Delhi and New Delhi still bear an outward resemblance to their old selves, but the power of the city has scaled unimaginable heights in tandem with the economic might of the shining half of India. In the old days, the rides on the Delhi Transport Corporation’s Ring Road service, known as Mudrika, used to take one through large stretches of darkness. Today, all of it has filled up with light and sound, and Delhi has reached out to Noida in Uttar Pradesh and Gurgaon in Haryana. From the air, you can see the network of the new Metro, which promises to make this an efficient metropolis. With the underground aquifers exploited mercilessly, however, Delhi’s thirst will also see the Jamuna eventually run dry. But no matter: with so much power in its hands, Delhi will get its aqua one way or another, even if it means desalinating seawater and piping it over from the Gujarat coast (methinks).

Then again, Karim’s, an eatery with a lineage going back to the time of Akbar, or so they say, still carries on. But I wonder if Peshwari still exists, a flight up, next to Moti Mahal, where one could gorge on the best fruit cream dessert available. Back then, Golden Eagle was the beer of choice for students, and Kalyani Black Label for an extra kick. They used to say that Golden Eagle had too much glycerine. In this last trip, at the India International Centre Bar, I heard the complaint that Kingfisher had too much glycerine. What’s with these Indian beers?!

Jubilee Hall, where I eventually got a room after grovelling at the warden’s gate, is located in a fine geological spot. The back of the hostel was where the trailing edge of the Aravalli Range, known as the Ridge since British times, succumbs to the earth, having come all the way north by northeast from Gujarat. The Jamuna flowing south hits this protrusion of the Ridge, and turns westward from here onwards. The Ridge was where, riding pillion on the madcap sadarji pal’s Yezdi, cool air off the greenery would hit you like a walk-in air conditioner.

Delhi must have got even more impersonal than I had thought. At the Law Faculty of Delhi University, our star teacher was Lotika Sarkar, a great scholar and activist. I turned the papers to learn that, in frail health and isolated in old age, Mrs Lotika had been defrauded of her house and property by a young family that had ‘befriended’ her. This may or may not be exactly how it happened, but the city seemed to have claimed another victim.

Once, when the city became too overpowering, probably during the Emergency, when they spoke in whispers even in the DTC buses, I left to visit a family friend in Nainital. As the UP Roadways bus negotiated the bends, the driver’s tape recorder belted out Lata Mangeskar:

Don’t as me why, but this song, relating the story of a Rajasthani belle from Bikaner, stranded for far too long outside the door of the “daroga babu”, is my Delhi song. Perhaps it is the image I have conjured of a feisty outsider, in whom I perceived a counterpoint to my own timid self at the gates of Dilli. In Delhi, no matter New or Old, even with friends to provide comfort and Kingfisher beer to be shared, I still feel that initial pang of insecurity on arrival.