You can be a republican and still be nostalgic when a historical institution bites the dust. That is what Nepal’s 240-year-old monarchy is about to do. The New Year (Bikram Sambat 2065) greeting card that recently arrived in the mailbox from “Their Majesties Gyanendra Bir Bikram Shah Dev and Komal Rajya Laxmi Devi Shah, The King and Queen of Nepal” (see pic) will be the last one from the Narayanhiti Palace before Gyanendra is declared an ordinary citizen by the Constituent Assembly of Nepal, sometime in May. As 2064 turned to 2065 on 1 Baisakh (13 April), the ‘Shri Panch Maharajadhiraj’ title used by the monarch while he still (nominally) remained king will soon become a matter for the archival records. 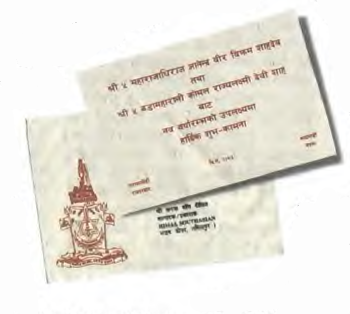 It was the founder of the Shah dynasty, Prithvi Narayan Shah, who emerged from his principality of Gorkha and, after ending a consolidation spree with a win over the Kathmandu Valley in 1769, created the state structure that was to go on to be one of the oldest nation states in the world. Since then, the dynasty has continued in a single father-to-son line of succession over 12 generations to the present Gyanendra – even though, for a full century till 1950, the Shahs were sequestered in the palace while the country was run by the hereditary Rana shogunate. The dynasty ruled once again as an absolute monarchy between 1960 and 1990, and became a constitutional monarchy in 1990.

Gyanendra, who succeeded his murdered brother Birendra in 2001, utilised the excuse of the Maoist war to take over as absolute monarch in February 2005, until he was brought to his knees by the People’s Movement the following April. By that time, the writing was on the wall, and the interim parliament immediate clipped the monarchy’s wings – and, for good measure, shaved off the feathers as well. Even the cultural and faith-based practices used by the Shah kings to legitimise their rule were taken up by the non-religious interim head of state and government, Girija Prasad Koirala.

The Maoists ultimately became the sword that downed the dynasty; for, left to themselves, the other parties might have let the institution stand, albeit in a more truncated, ceremonial form. But here was a force – which, incidentally, used the same guerrilla tactics in their ‘people’s war’ as had been perfected by Prithvi Narayan during his imperial expansion – that was transitioning from an insurgency into mainstream politics. To maintain their revolutionary image vis-à-vis the cadre, at a time when they had abandoned the ‘people’s war’, the leaders of the Communist Party of Nepal (Maoist) did what any smart party would have done: it exaggerated the dangers of the royal palace.

This is why recent Maoist rhetoric was full of hoary pronouncements of Gyanendra’s supposed machinations and attempts at sabotage of the people’s will. The political parties, intent on bringing the Maoists into the political process, were more than willing to bid adieu to the kingship, especially given the incessant harassment they had faced from Mahendra, Birendra and Gyanendra since 1950. The last can be presented as the most effective republican of all. His takeover as an absolute monarch, coupled with his unwillingness to show simple courtesies to the people over the last few years, may well have led to the complete downfall of the dynasty.

In a meeting of the interim parliament on 24 December 2007, the political parties, including the Maoists, took a political decision to abolish the monarchy, though a legislative end to the institution would be put in place only by the first meeting of the Constituent Assembly. On that day, the fate of the monarchy was sealed. The Maoists took full advantage of the situation, by presenting themselves as the chaperones of the republican agenda. This subsequently helped them to garner the bulk of the votes of the youth, of the marginalised, and of those communities that have for centuries nursed a grudge against the House of Gorkha for having usurped their lands.

Gyanendra, the almost-former king, determinedly says that he does not want to leave the country, come what may. Given the possibility of rightwing disgruntlements in the future galvanising around his person, however, his decision might not bode well for the peaceful evolution of a new, inclusive polity. But if he is able to convince the Maoists and the other parties that he will keep a zero profile, they may still allow him the possibility of living as an ‘ordinary’ citizen. At that point, Nepal would not have a king, but there would still be a person hanging on about town who is identified as ‘the king’. And if some in the Maoist leadership are to be believed, he may even be allowed ‘cultural rights’, as long as he cooperates with the abolition of the monarchy. What exactly this means remains to be seen.