Brace yourselves for a ride into uncharted constitutional territory 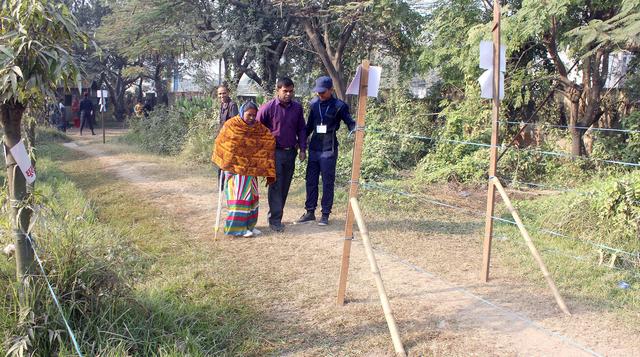 Nepal’s descent into Hades in the democratic era began in 1995 when the fringe party that was the CPN-Maoist lifted arms against a democratic system that was barely five years old. This downward spiralling continued through a series of disasters and debacles – the Narayanhiti massacre, Gyanendra’s coup, the interminability of constitution making, the April 2015 earthquake, the Indian Blockade and the Lokman Singh Karki interlude followed by the attempt to impeach the Chief Justice.

But the Constitution is written, and the last hurdle to begin its implementation in earnest was the final phase of elections on Thursday. We got here despite the dark forces – national and international – seeking to sabotage firstly the writing of the Constitution, then the holding of local government elections, then the national/provincial. But we got through, and some amount of credit may be given to the national political leaders who, having been handed a near-impossible task, ultimately lived up to the trust. This needs saying, for the pillorying of politicians is the easiest pastime of the pretentious intelligentsia, in Kathmandu as it is the world over.

Having pulled all levers, used guile and perseverance to get to this point, where do the people go from here? It will be foolhardy to think that it will be smooth sailing henceforth, for that never happens. We will never be above the clouds, it will always be turbulent, but there we must strive for base-level political stability which allows economic acceleration and social progress. Right off the bat, we need to guard against those who will point to the failure of democracy and urge any one of the following – a politically active army, a Lee Kwan Yew strongman figure, a return of kingship, the Hindutva agenda, or another radical left lifting of arms. Meanwhile, those who seek a directly elected president should be simply asked to read the Constitution just adopted.

The path to the new Constitution’s implementation is now cleared with the full set of elections completed, but if anything we have to be even more on guard when it comes to rule of law, human rights and due process. And let us remember that the peace process is not over until the accountability for war crimes and crimes against humanity is established, which will allow the process of reconciliation to proceed.

One of the bigger challenges, given the devolution of governmental powers to the grassroots by the Constitution, is development of a vibrant civil society in all seven provinces. To take just one example, given the power transfer the public is bound to suffer human rights abuse all over the country in the absence of human rights activism.

The civil society of tomorrow will have to promote constitutional implementation and protect civil rights, but it will also have to guard against ultra-nationalism, right-wing and ultra-left populism, and identity activism that goes against the interests of the very communities sought to be protected. We have to watch out for the politicians and bureaucrats who would sabotage the constitutional devolution of powers to local entities.

But to even get started on the journey ahead, we have to ensure political stability amidst the new democracy. Indeed, today we are at more or less the same point where we were at the first elections after the 1990 changeover from the Panchayat, when the Nepali Congress and the UML went at each other like fighting dogs. The rancour exhibited during the last phase of the 2017 election campaign gives one a sense of foreboding.

The losing side is going to feel the pinch harder than in the elections to the Constituent Assembly of 2008 and 2013, and among the leadership there is going to be a great sense of loss of entitlement. The new Constitution does not allow a no-confidence motion to be brought for two years, and so there will be temptation for party/parties out of power to try extra-constitutional means to somehow bring the house down. Those out of power are bound to feel beleaguered because the ‘transitional politics’ of the past decade had everyone eating from the honey-pot, whether you were in government or in opposition. From the national to the local levels, the all-party mechanisms had made everyone into a fellow-traveller, but now the role of the opposition becomes paramount.

The inevitable bickering among the political parties is going to make for roller-coaster politics up ahead, but we have to try and ensure that a modicum of civility is maintained. There is a Constitution to implement, hundreds of new laws and regulations to enact under it, constitutional principles of local government to be defended, inter-community relations to be normalised, inter-relationships within the new state structure to be defined and rationalised, and a confident new foreign policy put in place, especially to tackle the two ascendant neighbours.

Political stability will allow economic growth to accelerate after all these years of hanging fire. The social justice goals that are central to the new Constitution, including inclusion and equity, must be implemented forthwith to make up for lost time. It is obvious that civil society in the seven provinces will have its work cut out.

With this piece, Kanak Mani Dixit takes a temporary leave of absence from his On The Way Up column.