When I interviewed Sir Edmund Hillary in 1987, he made a striking comment, that “the impecunious, too, have a right to travel and enjoy the Himalaya .” I found myself unable to agree completely; of course, it was important for those who do not have wealth and savings to enjoy travel, yet the interest of the hosts comes before that of the guests. Nepal should not use its natural and cultural resources as social service, but be in a position to charge the highest for the resources that it has monopoly over, while simultaneously ensuring an equitable spread of the profits. One is sound economics, the other is good people-friendly politics. 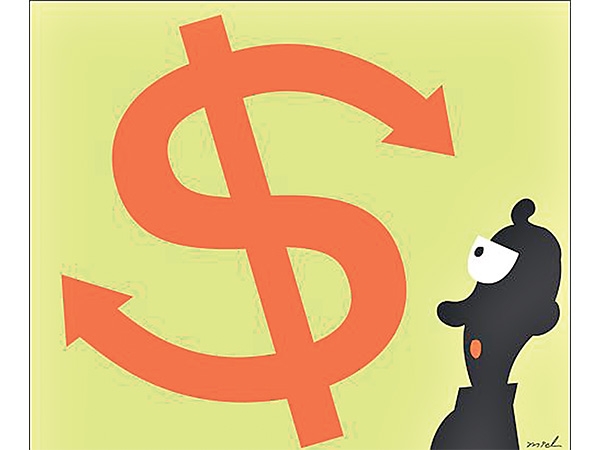 Nepal is a potentially high-end country that has sold itself cheap and destroyed its ‘branding’—first, we fail to understand the value of what we have (take Lumbini, mired in nationalist bombast rather than the message of the Sakyamuni); second, we lack the skills and exposure to provide up-market products and services; and third, the conflict and confrontation of decades has hurt Nepal’s marketability and preparedness.

I am writing this in Pokhara, a valley that is a test case on how Nepal’s undersells its monopoly over touristic resources. There are the lakes, trekking, birdlife, cultural diversity, and sub-tropical climes within less than 15 miles of the high Himalaya . In terms of vehicles, there are the para-gliders, ultra-lights, fixed-wing gliders, canoes, and sailboats. The ghatu naach tradition of the surrounding hills and the lakeside eateries provide between them a wide variety of ‘cultural offerings’.

All in all, Pokhara is one of the finest tourism destinations in Asia and yet, it has not optimised the sellers’ market. The boost Pokhara got from trekking tourists from overseas in terms of exposure and sophistication seems to have been used up. This can be seen in the hotels coming up, which have abandoned all connection to the traditional, as concrete and corrugated roofing encircle Lake Phewa, ride up the Sarangkot ridge, and creep beyond Hyangja. The new buildings have as little aesthetic appeal as the streetscape of Kalanki, the creeks are piled high with garbage and untreated sewage enters Phewa, all of which results in hotel rates in the tens of dollars rather than in the hundreds.

Every hilltop in Pokhara Valley and across midhill Nepal has the possibility of generating wealth through tourism, because the primary resources—mountain view, human culture, and biodiversity—are available like low-hanging fruit. But we must understand what the high-spending visitor wants—dry toilets, modern indoors, and traditional facades. The Ghalegaun home-stay initiative in Lamjung is a commendable effort, but the indoor ambience, the cuisine, and service leave much to be desired.

On the other side of the Annapurna range from Pokhara, Manang Gaun stands ready to evolve as the Chamonix of the Himalaya . The typical townhouses worked in stone with rooftop sun-traps, the warren of gullies, and absence (as yet) of concrete structures, the accessibility of low-altitude ‘trekking peaks’, and the fact that the Manangba are both worldly-wise and wealthy—all of this points to the possibility of exemplary upscale tourism, where you can aim for $300 room-nights rather than Rs 200 for the privilege of setting up a tent on the field outside.

‘Far West’ Nepal has mountains, lakes, and pine forests of the kind that will not attract the Western leisure traveller, whose eyes are fixated on the high Himalaya , Kathmandu Valley, and Chitwan wildlife. But the untouched region, including the Khaptad plateau, will be a magnet for the Indian upper crust that has lost appetite for the over-crowded hill stations of Mussoorie, Shimla, and Nainital. There will be an influx once the new Mahakali road-bridge is built and New Delhi is within a five-hour drive, but do we know to cater to the exclusive visitor?

The Maoist war applied a brake on the economic momentum of the mid-1990s, which would have made us a mid-level developing country by now. In addition to so much else, Messrs Pushpa Kamal Dahal and Baburam Bhattarai introduced self-destructive populism that pushed every facet of the economy towards the low-end in terms of value and quality. As an example, rather than improving government schools, they threatened and brought low the private schools. The focus was on destruction, not construction, and as far as tourism was concerned, this diverted elite travellers to Thailand, the Maldives, and Bhutan. Nepal’s branding became that of a destination for the budget traveller.

What we should be doing, of course, is to upgrade services to be able to charge top dollar, and ensure equitable distribution of profits. But the upside-down Maoist economics forced us to sell our wares at a discount. In the mid-1990s, Unesco supported the renovation of some old houses in Patan, as a bid to save neighbourhoods by bringing tourists into the inner city. But the conflict kept the tourists away. Only now, two decades later, the neighbourhood of Swotha, north of Patan Durbar Square, is showing the way by charging as much as $100 plus per night, which has led to interest in restoration of nearby townhouses. Sadly, we have lost so many heritage buildings in the interim.

It is a matter of understanding the value of what we own, such as that the Khaptad plateau and the pine forests of Mugu will bring in the Indian (and Pakistani, Bangladeshi) tourist but not necessarily the Norwegian or British. When we collaborate with the Indians on the building of the Pancheshwor mega project on the Mahakali, we need to comprehend that New Delhi is more interested in the stored water for urban use than the hydropower generated, only then can Nepal bargain sensibly.

Similarly, we must recognise that Nepal’s ability to produce for the mass market is limited. Bangladesh can be the global hub for garments, but Nepal will never be able to provide the volume of production demanded. Nepal’s challenge (and aspiration) should be to have quality products in low volume and priced at a premium, whether it is pashmina, brass statuary, Tibetan rugs, fruits, tea, or coffee. Rather than export herbs by the gunny sack to be traded at the Khari Baoli market in New Delhi, we should be processing and packaging in Nepal. Organic produce can charge premium prices wherever there is a regular direct flight out of Kathmandu, from Singapore to Turkey.

Reorienting the economy will certainly not be easy, and will require taking on entrenched systems, cartels, and mafias. The export of Chure boulders serves as an example of where we have ended up during the devastating period of conflict and transition that started in 1996. By the end of it, we were allowing hundreds of 16-wheeler trucks to gouge the Chure range every day, to transport it all to Bihar and Uttar Pradesh with massive cheating on royalties, deprivation of local communities, and threatening desertification of the Tarai.

The Chure boulder extraction and export represents everything we should not have done with our precious resources—evasion of royalty payments, destruction of the environment, and corruption of an entire line of functionaries from Singha Durbar to Parliament to the border post officials. The fact that the outflow of the boulders

has been halted these past six months can be taken as indication that maybe, just maybe, our politics is stabilising and we are on the path to ending the debilitating waywardness of our economy, so that we can finally aim to maximise income and spread the profit. And not to export what we should not.