The rest of South Asia wants the very best of democracy for India, plus to share in the peace dividend, growth and camaraderie 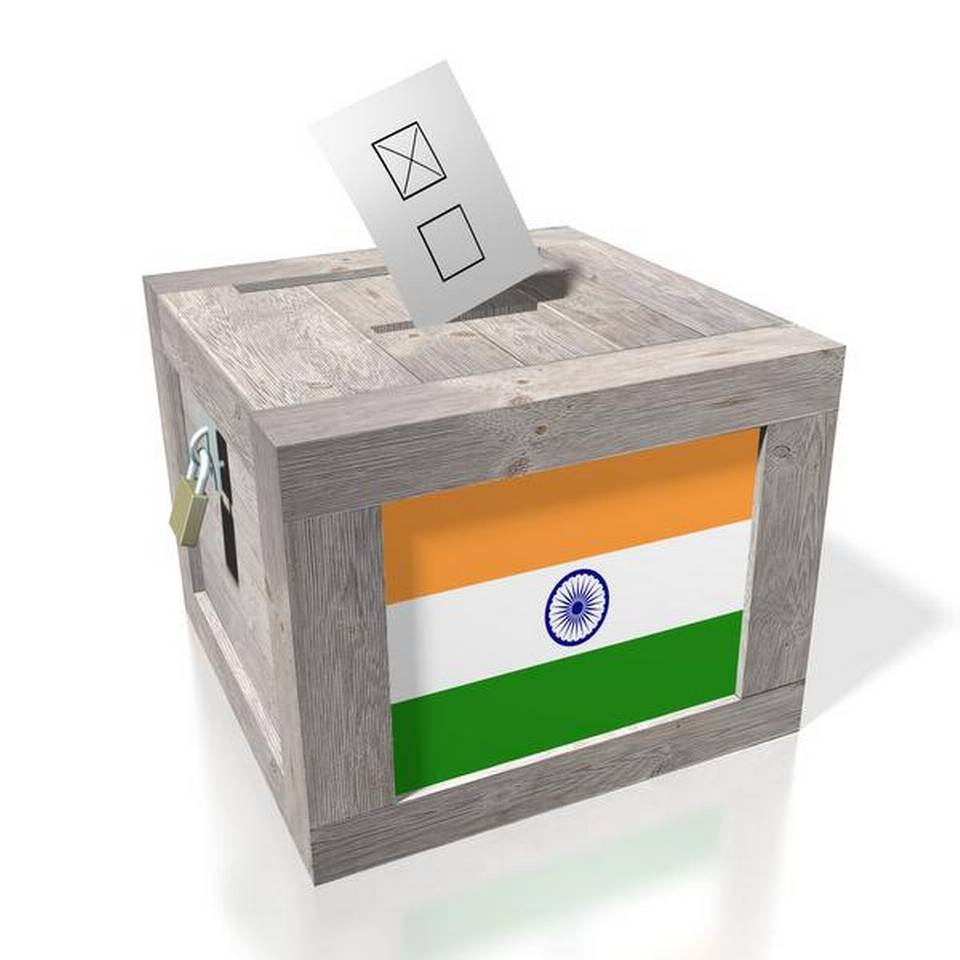 The staggering scale of the election that is under way in India with just under a billion voters is hard for the mind to grapple with, even in this densely populated neighbourhood that includes Bangladesh and Pakistan. The level of worry is also at a pitch, for India should be the bulwark against weakening democracy in a world of Bolsonaro (Brazil), Duterte (the Philippines), Erdoğan (Turkey), Putin (Russia) and Trump (the U.S.) not to mention the People’s Republic of China.

Modern India, created by M.K. Gandhi and Jawaharlal Nehru and their cohort, should be raising the standard for social justice and grass-roots democracy, and against destructive right-wing populism. This has not quite been Prime Minister Narendra Modi’s record, and hence the concern that another five years would redefine the very idea of India.

Already, the term ‘world’s largest democracy’ is achieving banality as India gains majoritarian momentum. Centralised control of society would never be possible in such a vast and variegated society of sub-nationalities, we were told, but look at what is happening.

The high principle and probity of India’s political class, bureaucracy, academia and civil society are now exceptions rather than the rule. India’s Ambassadors are no longer the self-confident professionals we knew for decades, they act today like timid note-takers. Higher education is directed by those who insist that the achievements of Vedic era science included flying machines and organ transplants. Meanwhile, the adventurism that marked economic management, including immiseration through demonetisation, has been ‘managed’ through loyal social and corporate media.

Intellectual toadyism and crony capitalism have overtaken New Delhi on a subcontinental scale, but sooner than later this drift towards regimented society and whispered dissent must be reversed. Too much is at stake for too many citizens — India must revert to the true, messy and contested democracy we have known and appreciated.

Parliamentary democracy is the governance procedure adopted by each and every country of South Asia, and the Indian practice has always been held up as the example. The precedents set by India’s courts are studied elsewhere, the professionalism of the civil service is regarded as the benchmark, and everyone else seeks the aspirational welfare state set in motion in India in the middle of the 20th century. This is why we watch worried as Indian democracy weakens in step with its economy, as inter-community relationships within India descend to one-sided animus, and as New Delhi’s global clout decreases in inverse proportion to Beijing’s.

To cover weaknesses in governance and promises undelivered, Mr. Modi as the solo electoral face of the Bharatiya Janata Party (BJP) has whipped up a tornado of militarised nationalism that projects Pakistan as the exclusive enemy. No one dares remind the Indian voters that Pakistan is the far weaker power; its people are battling fanatical demons more than are Indian citizens; Pakistan is a large potential market for India’s goods and services; and the future of Kashmir must be based on Article 370 of the Indian Constitution.

Meanwhile, Lahore intellectuals watch with apprehension as India copies the excesses of Pakistan’s theocratic state. Dhaka observers are numbed into silence with New Delhi’s vigorous backing of Prime Minister Sheikh Hasina Wajed as she constructs an intolerant one-party regime. Colombo rides a geopolitical see-saw as New Delhi shadow-boxes Beijing. And Kathmandu wonders whether New Delhi has it in itself to concede that the amplified Chinese involvement in Nepal is the result of the Great Blockade of 2015-16.

India has been reduced to a giant nervously finger-counting friends made or lost to China. The media triumphalism that greets even modest shifts in India’s favour — be it in Male or Thimphu — marks unnecessarily low self-esteem. New Delhi seems preoccupied with ‘managing’ South Asian countries when it should be commanding the global platforms on climate alteration, protection of pluralism and correcting imbalances in global wealth.

Few note the incongruity of a New Delhi loudly daring Islamabad while acting coy on Beijing, which one would have thought was the real adversary or competitor. Meanwhile India’s celebrated soft power wilts even as the Chinese work to wipe out their English deficit, and Beijing places Confucius Institutes in far corners. Chinese goods flood the Indian market, Chinese research and development gallops ahead of India’s, and Beijing convincingly moves to tackle environmental degradation.

India seems drowsy and lethargic in contrast. South Asia as a whole — much of it the historical ‘India’ — roots for Indian democracy even while welcoming Chinese investment, infrastructure loans and tourists. Also because it has the largest population in the Subcontinent, India is expected to lead South Asia on myriad issues including the death-dealing Indo-Gangetic smog, fertilizer and pesticide use, cross-border vectors, arsenic poisoning, regional commerce and economic rationalisation, social inclusion and the Human Development Index and so on. But leadership requires humility, to study, for example, how adjacent societies have successfully tackled great challenges — look at Bangladesh surging towards middle income country status.

Nepal has long been regarded by exasperated New Delhi policy-makers as the South Asian basket case sending out migrant labour to India. This much is true, but it also emerges that the Nepal economy is the seventh largest sender of remittance to India after the UAE, the U.S., Saudi Arabia, the U.K., Bangladesh and Canada. Unlike these others, Nepal’s remittances go to India’s poorest parts, in Bihar, Odisha, Uttar Pradesh and West Bengal.

We switch on India’s news channels and find an abysmal common denominator in terms of civility and rationality. The national intelligentsia seems intimidated, unable to challenge the rigid, dangerously populist narrative of the BJP/Rashtriya Swayamsevak Sangh (RSS). We watch as the National Register of Citizens propels statelessness, as the refoulement of Rohingya refugees points to a reckless disregard for fundamental humanitarian principles, and as majoritarianism weakens the pillar of representative democracy that is the protection of minorities.

India is indeed large and important, but the chest size of a country does not translate into equity, social justice or international standing. Because nearly 20% of humanity lives within its boundaries, when India falters, the pit of despair and the potential for violence open up wide and deep.

The South Asia that New Delhi’s policy and opinion-makers should consider is not the centralised Jambudvipa mega-state of the RSS imagination. Instead, the ideal South Asian regionalism is all about limiting the power of the national capitals, devolving power to federal units and strengthening local democracy.

Mr. Modi’s own idea of regionalism is one where he calls the shots. The start of his current term was marked by an attempt to dictate to the neighbours, after which the pendulum swung to the other extreme. The freeze put by India on the inter-governmental South Asian Association for Regional Cooperation (SAARC) is only a cynical means to keep Pakistan out of the club.

The sabotaging of SAARC can hardly be considered a victory, for that feather-light geopolitical stratagem fails to consider that regionalism is a potent means to bring economic growth and social justice to India’s own poverty-stricken ‘peripheral regions’ from Assam to Purvanchal to Rajasthan. For its own security and prosperity as well as that of the rest of us, India must re-connect with South Asia.

Subcontinental regionalism is also important to achieve New Delhi’s ambitions on the world stage, including that coveted seat at the UN Security Council. India’s global comeback will start the day New Delhi think tanks begin questioning South and North Block rather than serving as purveyors of spin. On South Asian matters, they should pull out a copy of the Gujral Doctrine from the archives, to be dusted and re-examined.

We seek an India that is prosperous and advancing at double digit growth, not only because what this would mean for its 1.35 billion citizens, but to the other 500 million South Asians. For its own selfish interests, the rest of South Asia wants India to succeed in the world.

Kanak Mani Dixit, a writer and journalist based in Kathmandu, is the founding editor of the Colombo-based magazine, ‘Himal Southasian’