The seven-point agreement is a clear signal that the Maoists are manoeuvring themselves into pole position for the critical months ahead, democracy be damned

There are two things the Maoists of Nepal have decided they absolutely can do without – the peace process which, as defined, would only partially integrate their fighters into the security forces; and a truth and accountability process which would seek to investigate human rights abuses both state-side and by the Maoists themselves. Additionally, the Maoists want to construct a one-party state through an undemocratic constitution, and be in control of government, including the Home Ministry, when the next election rolls around. 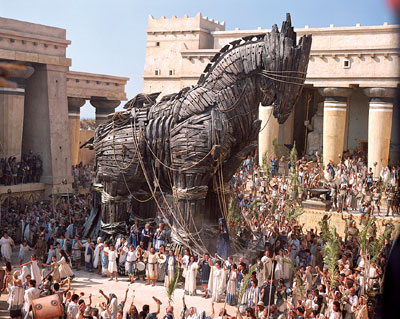 Allowed by the Kathmandu intelligentsia and the international community to shift goalposts with impunity since it came above ground in 2006, the UCPN (Maoist) has succeeded in redefining the public discourse to such an extent that ethical standards have been reduced to pulp. Our great political scientists cower in donor-funded bunkers, while a good number of the Western diplomats and donor hakims believe to this day that the party with the gun is the social transformer. The Shaktikhor videotape, the Maharagate audiotape, the official Palungtar call for revolt, the ‘people’s republic’ constitutional draft, the diversionary call to ultra-nationalism – nothing has meaning in a world turned upside down by triplespeak.

It is as if the People’s Movement of 2006 and its demand for non-violent politics and an end to autocracy never happened. Amidst a polity bombarded by Maoist propaganda, Jhala Nath Khanal and Pushpa Kamal Dahal felt emboldened enough to sign their secret seven-point deal of 3 February. They hoped that the betrayal of the peace process would be a fait accompli, smothering the social democratic middle of Nepali politics. This was a deal between the UCPN (Maoist) and the ‘Maoist-Leninists’ of UML, with Khanal willing to surrender the pitch of left politics to the radical communists as long as he could make it to prime minister.

The ultra-nationalist wording in the seven points is a replay of Maoist fear-mongering, as if the country were about to be invaded from the south. The clever, obfuscatory language on cantonment management guarantees the raising of a separate security corps, essentially a continuation of the ‘PLA’ accommodating the ex-combatants in toto. The show to handover the Maoist cantonments to the Special Committee a month ago was a fraud perpetrated on the people and the international community. The chain-of-command remains where it was, in Dahal’s hands.

The written agreement on turn-by-turn prime ministership between Dahal and Khanal left parliamentary practice in tatters. The verbal agreements were even more dangerous, including Khanal’s willingness to concede the Home Ministry to the UCPN (Maoist). The latter wants the ministry in order to cancel all the cases against its cadre and leaders accused of atrocities. The Maoist strategy is to speak nicely to OHCHR but sabotage the proposed Truth and Reconciliation Commission through tendentious appointments. To prevent investigations into Maoist atrocities, the party would willingly cancel the judicial process on excesses by the army, whether at the Bhairabnath Battalion or in Bardiya.

Home Affairs would also allow the Maoists to control the security apparatus and government administration, and define the course of the elections when the term of the Constituent Assembly ends in May. Only those who live in a vacuum – where you need no eyes, nor ears – would suggest that the Maoists deserve Home Affairs because they are a large party in Parliament, forgetting Dahal’s adventurism while in government and the peace process not yet ended.

Incredibly, there are observers who believe that the Dahal-Khanal coalition represents a return to democratic governance. These include SD Muni writing in The Chandigarh Tribune, the editorialist of The Hindu of Chennai, and the reporter of The Kathmandu Post who on Wednesday lauded Khanal’s “patience and principled engagement with the Maoists”.

There are some Western representatives and New Delhi observers who wish to see their youthful fantasies of communist utopia played out on the killing terraces of Nepal, as if our country were some kind of an experimental station. These are the imperial progressives, with little empathy for the suffering of the people of Nepal, whose level of disinterest allows them to gloss over the lethal Maoist obduracy on the peace process. And they are programmed to look the other way when an undemocratic constitution is foisted on us.

The imperial progressives would deny that the Maoists had anything to do with the 15 continuous years of zero economic growth that continues to this day, which has impoverished the poorest citizens and left a trail of misery and migration. Who will tell the plenipotentiaries that the CPN (Maoist) started their war at a time when the economy was growing at 6 per cent?

For his part, Jhala Nath Khanal did everything possible to undermine a government led by his own party, ultimately forcing Madhav Kumar Nepal to resign while still holding a majority in Parliament. Khanal’s day in the sun came when Dahal decided that since he (Dahal) could not become prime minister, and Baburam Bhattarai was to be blocked at all cost, it was better to have a puppet in Singha Darbar. Additionally, Khanal could serve as a Trojan horse into the UML bastion, to clear the path for the Maoists in the long term.

Khanal has achieved his ambition of becoming prime minister, by means rather foul. With an eye on history and his own career graph, is it possible for him now to do a course correction and stand on the side of peace and democracy? This is a question best answered by his party colleagues.