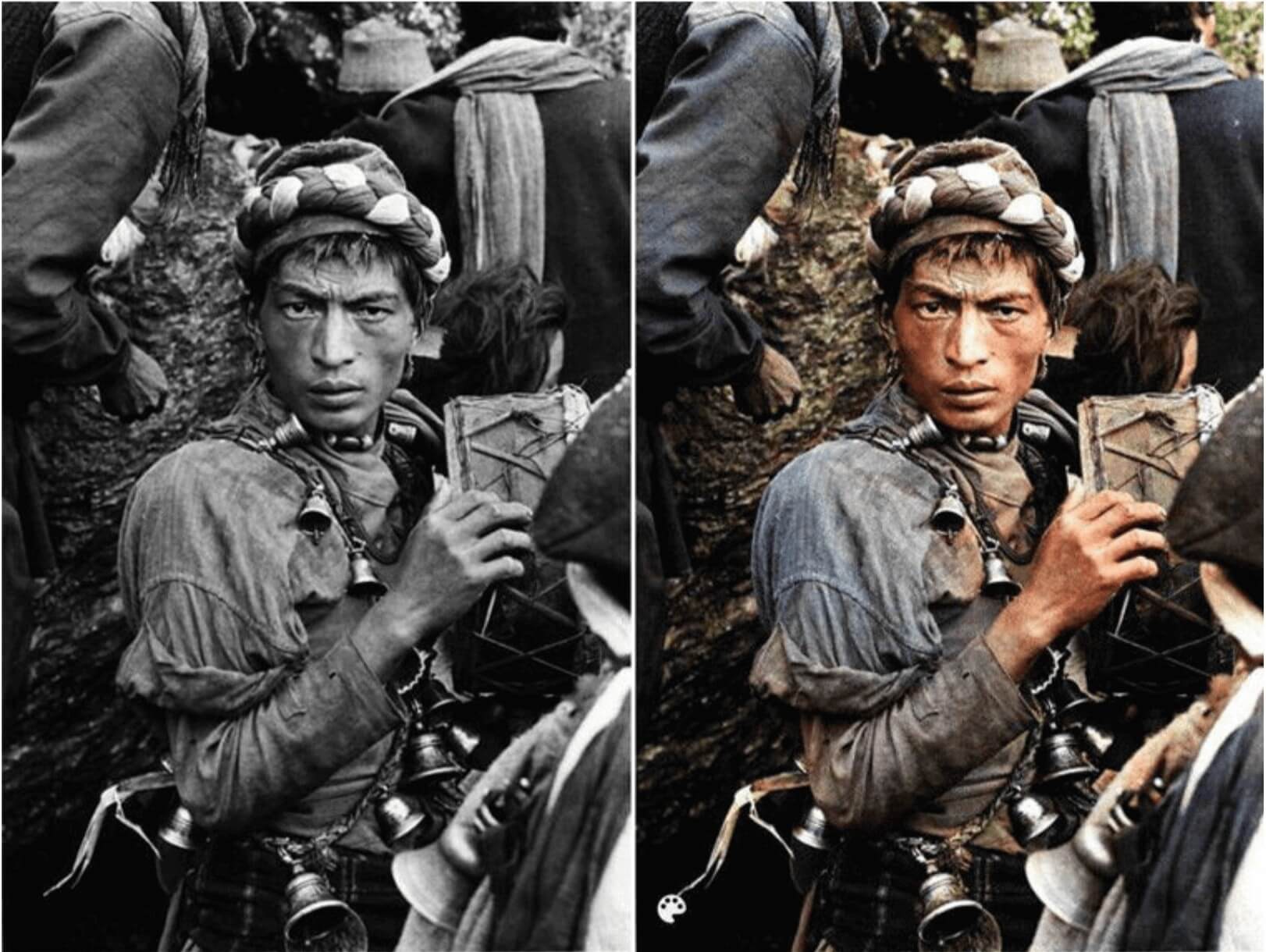 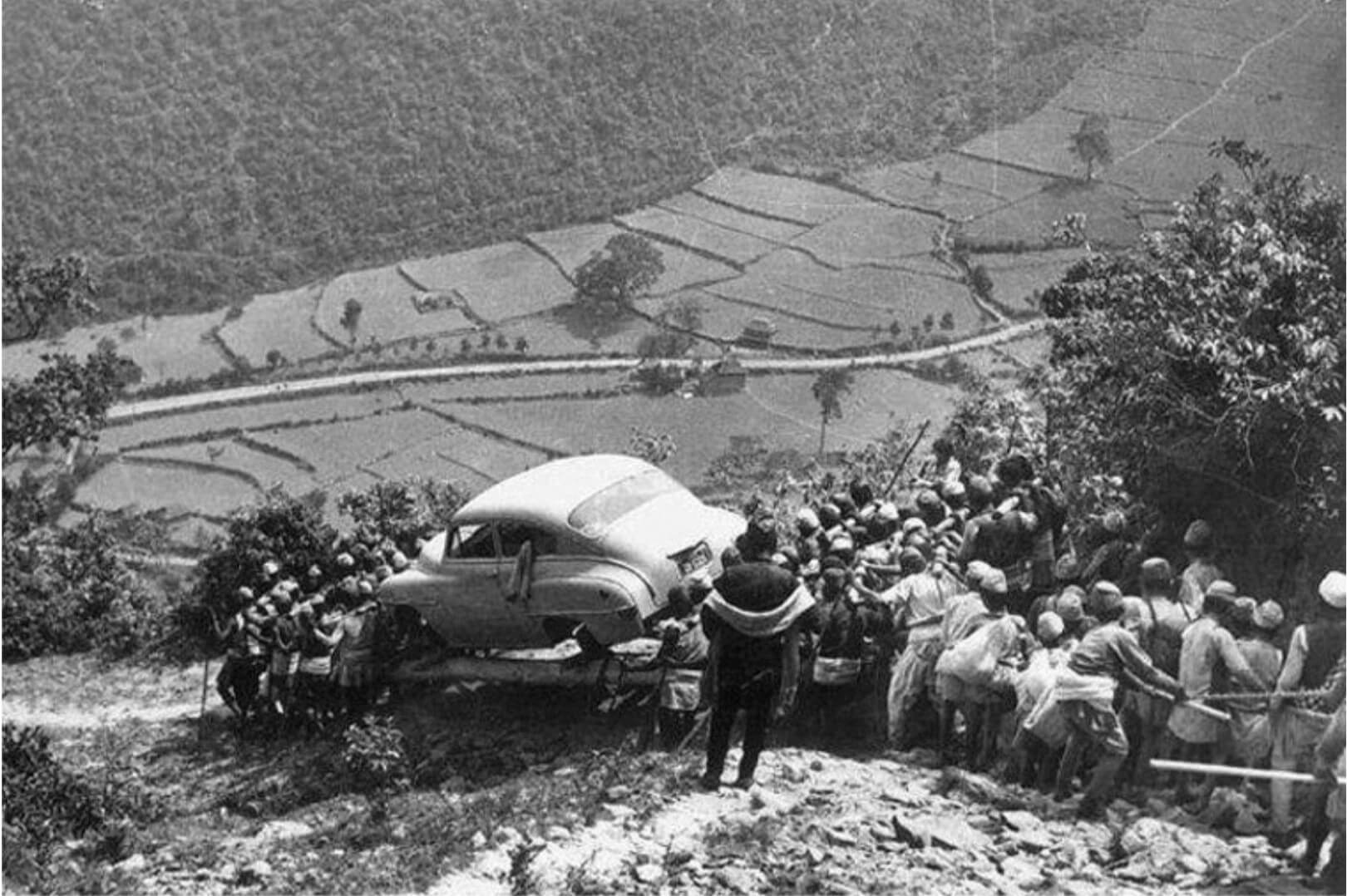 The steps were fairly simple: the old prints had to be scanned, uploaded into the software which then simply worked its magic. Filling in the colour and texture to faces, clothing and landscapes to faded old sepia images restored their vibrancy and immediacy.

Thrilled by the outcome, Shilpakar dusted off old family albums at home and began to deoldify photographs. Family members were excited that their photographic memorabilia had suddenly come alive.

“The colours revealed to the eye things hidden in black and white. I found many old photographs were enhanced through this process,” Shilpakar says.

What was originally a way to pass the time during the lockdown took on a new purpose as Shilpakar went into the digitsed archives of Nepal Picture Library and Madan Puraskar Pustakalaya and started colourising them. 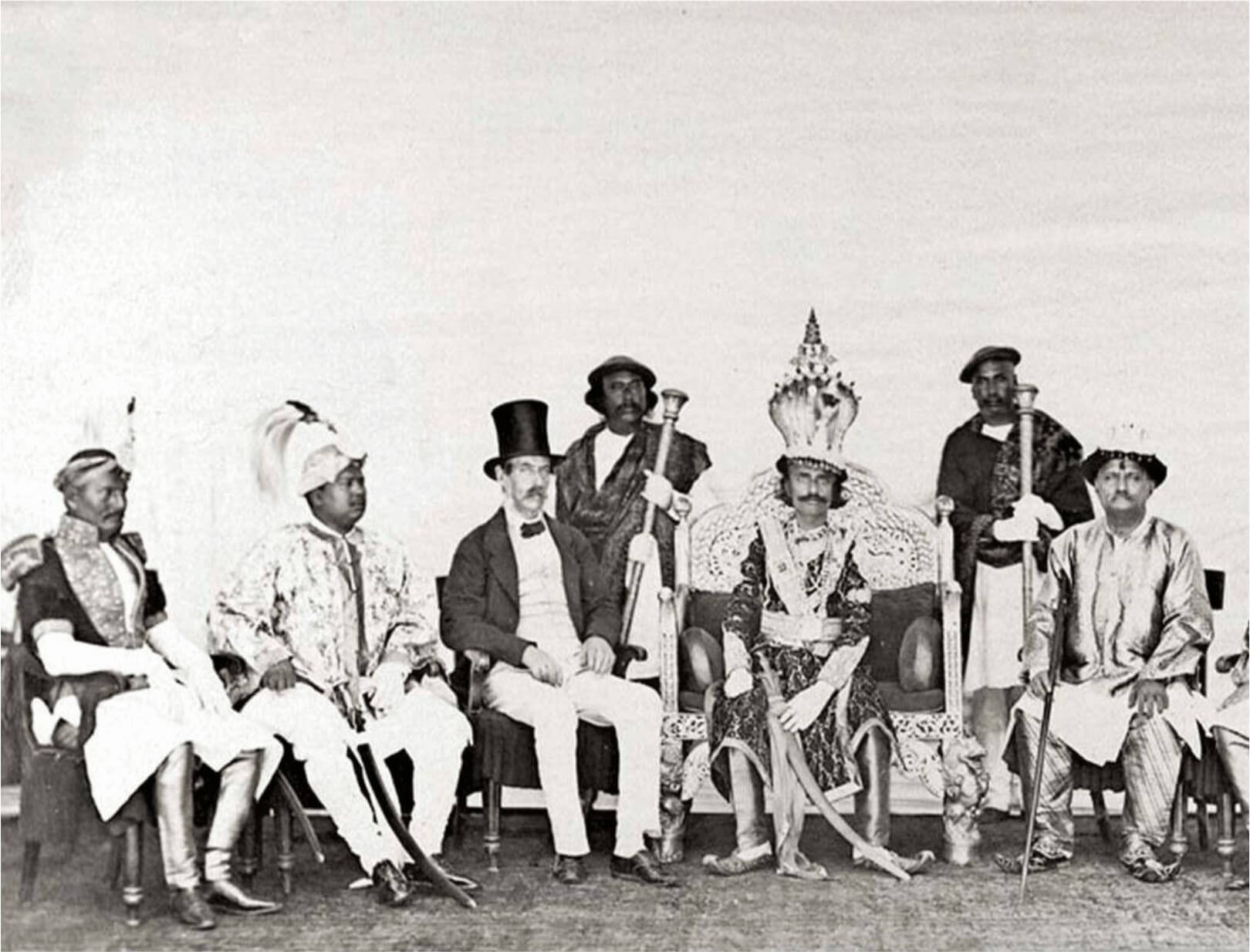 It was not until the 1950s that the first colour photographs were introduced to Nepal, and even then the films had to be taken down to Calcutta to process and print. A debate ensued between those who felt black and white was artistic, and many who found photographs in full colour much more accurate and realistic.

With the advent of digital editing and mobile photography, that argument is obsolete. However, there is now a move worldwide to breathe new life to archival black-and-white photography — and even motion pictures of early cinema by colourising them.

With minimum amount of work, Shilpakar managed to turn old pictures, including one of the oldest photographs in Nepal of King Surendra with a British dignitary taken 150 years ago by Clarence Comyn Taylor, a solider in the East India Company.

There are more recent portraits of King Mahendra and Queen Ratna, B P Koirala giving a speech ahead of the 1980 referendum, the writer Parijat, and group portraits of Newa families.

Shilpakar also turned into colour the black and white prints of American photographer Kevin Bubriski taken in the 1970s. Nervously, Shilpakar emailed some of these renderings to Bubriski, and says he was much relieved when Bubriski replied that he liked them.

Many value the aesthetics of black and white photography, and even regard deoldifying as disrespectful to the originals, others find this process revives old photographs, erases the passage of time, and brings viewers much closer to the era in which they were taken. 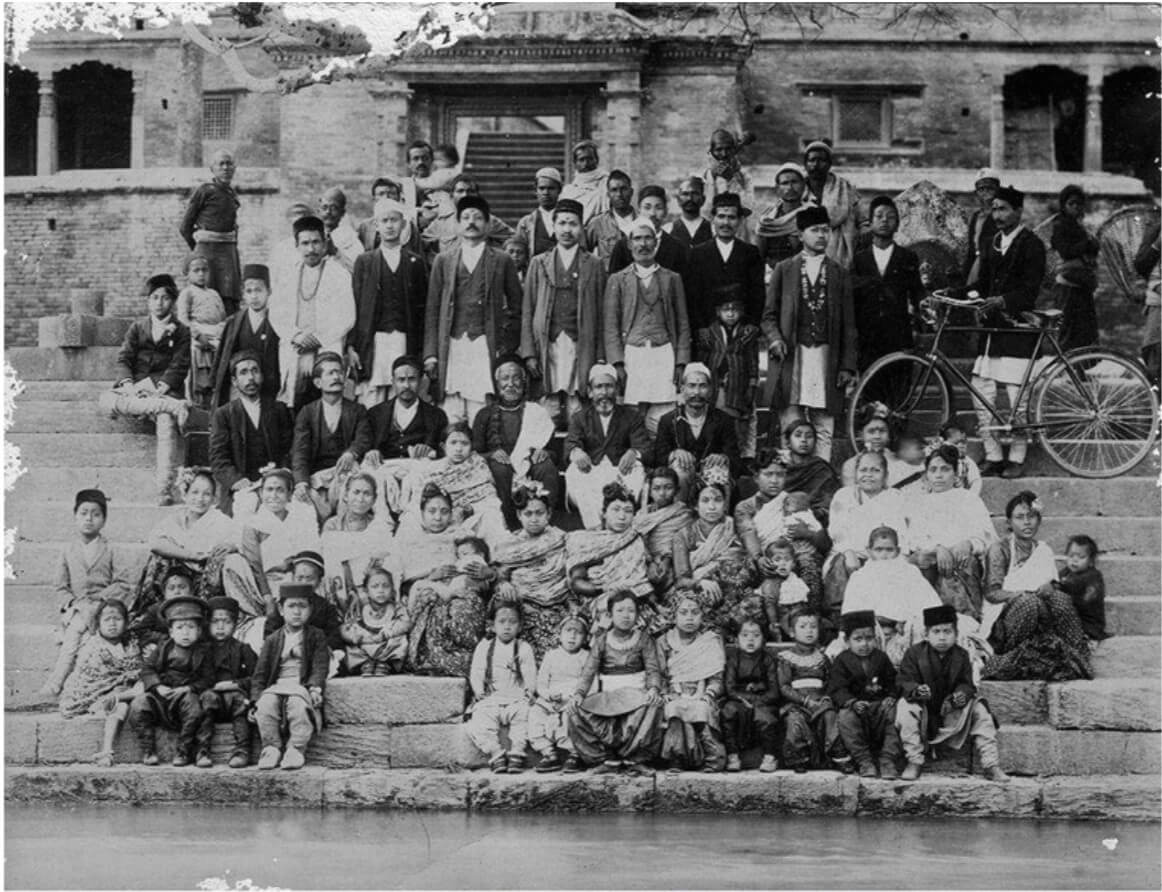 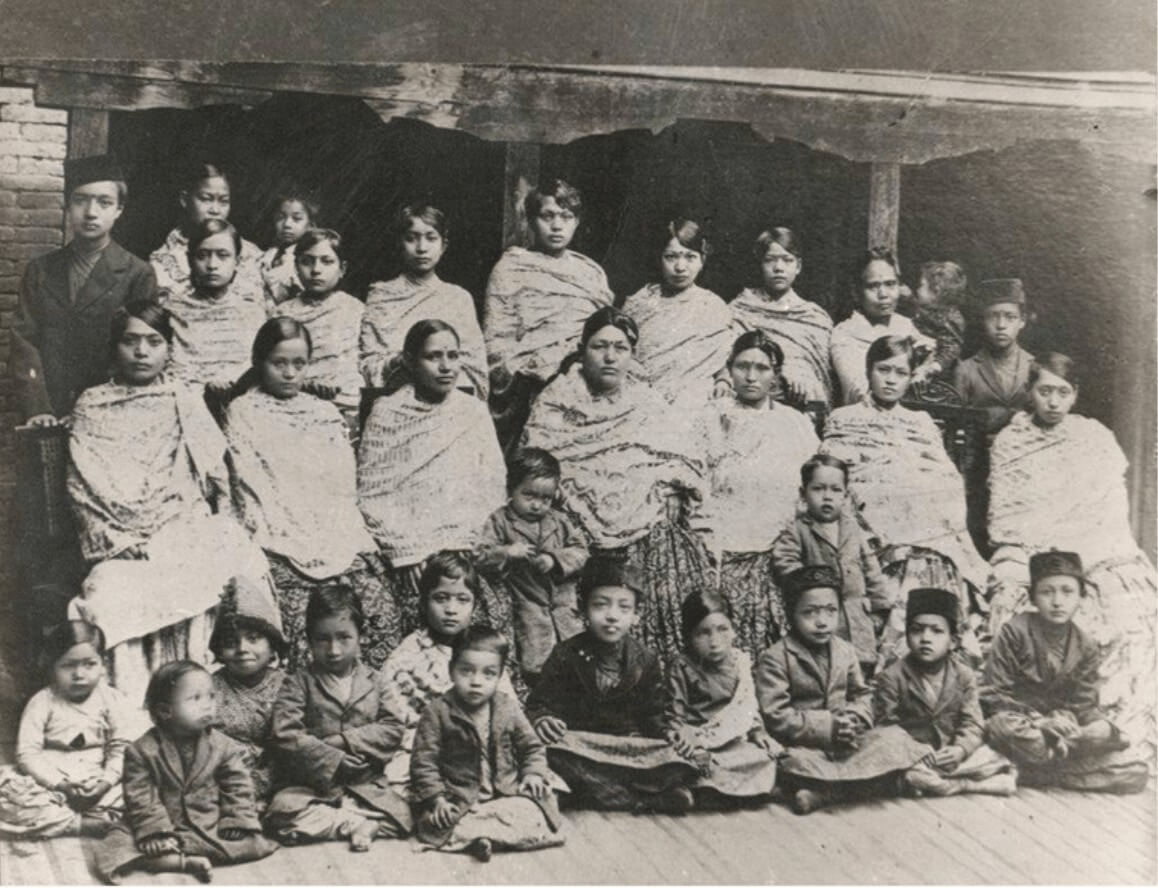 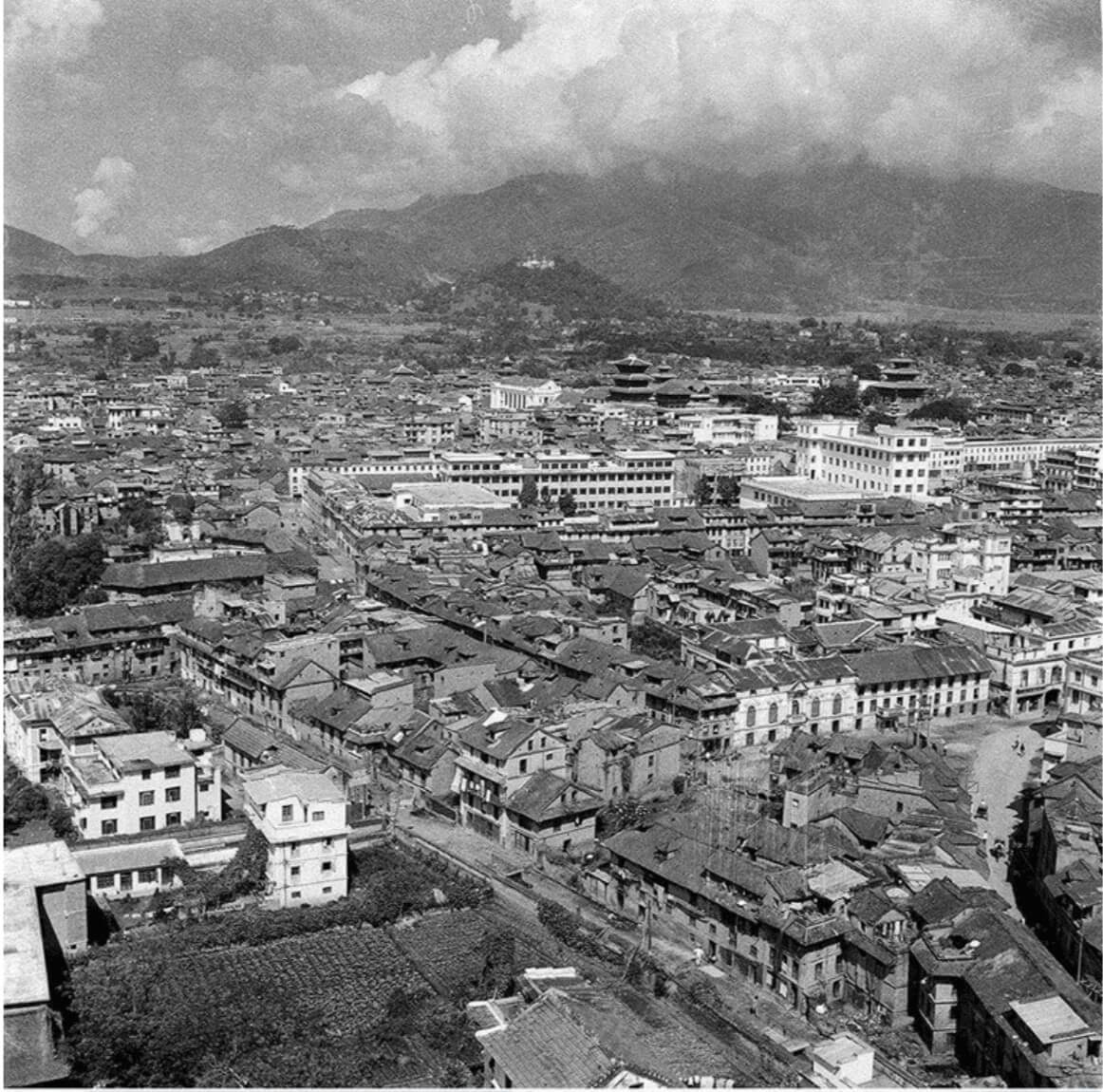 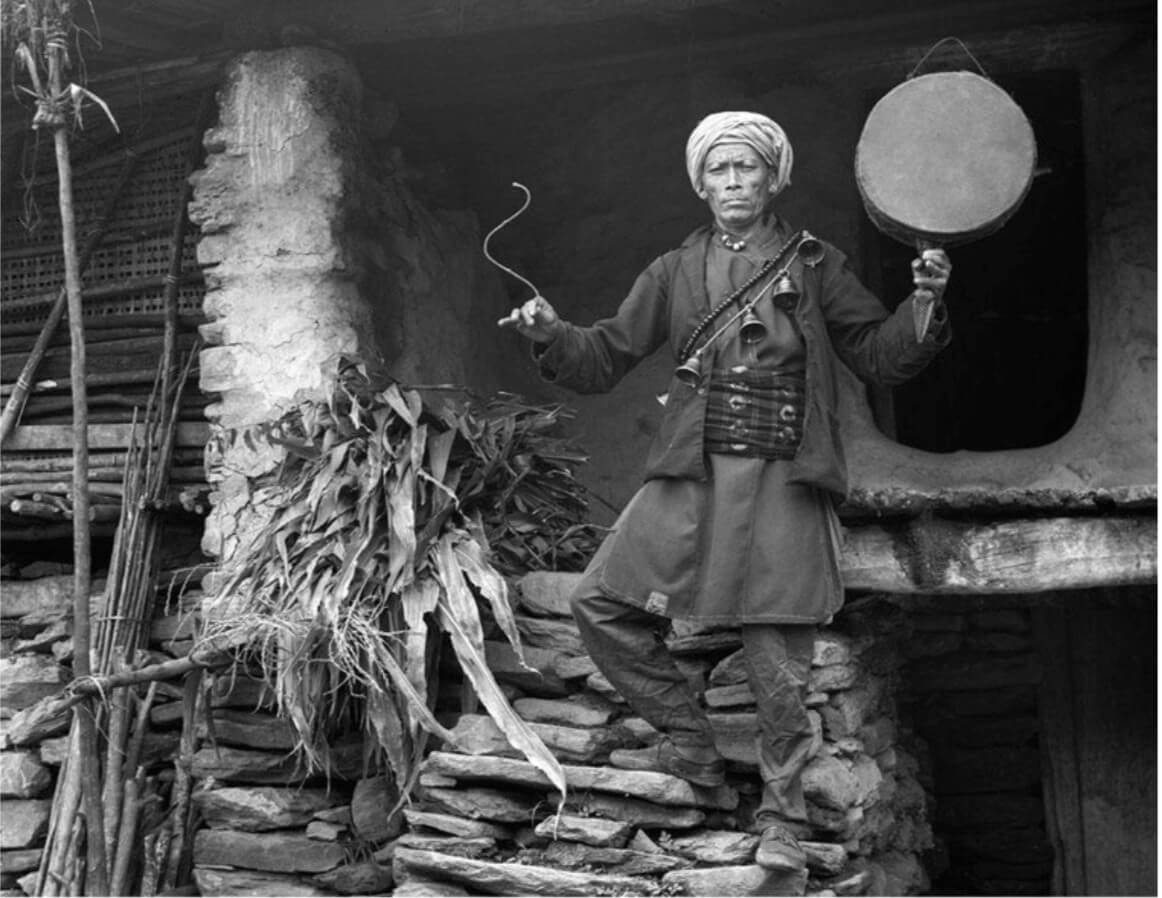 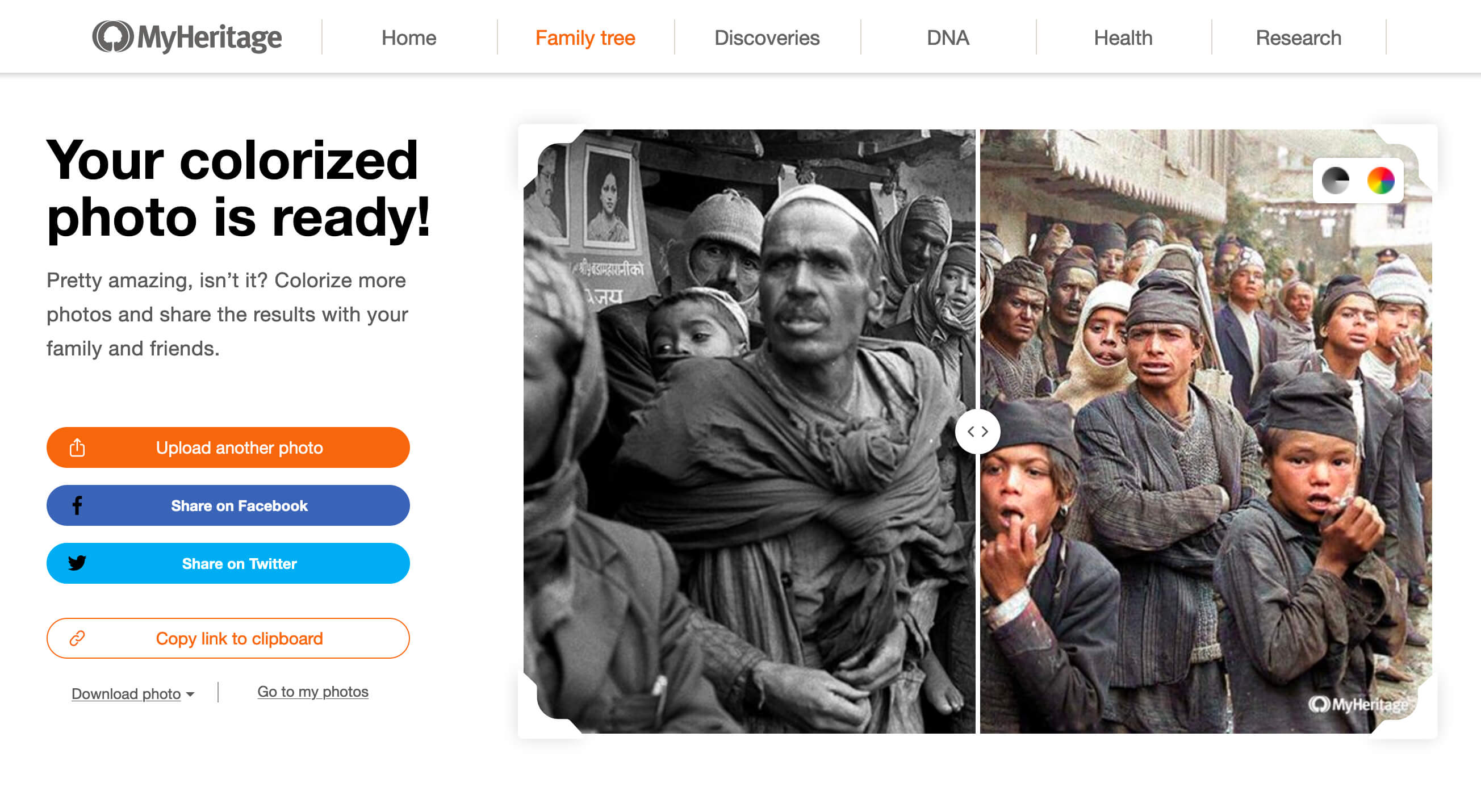