Remembering good people and their good deeds is a good idea

Life is valuable only if we keep a memory. Forget deep history, it is good even if we manage to remember the recent past. Today’s English-speaking classes are so rushed – as the much vaunted ‘middle class’ – raking in the benefits of economic globalisation that they hardly have the time to look up and notice how things have changed in just the last few decades. 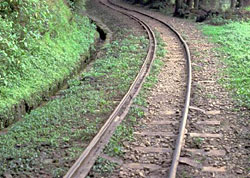 While the poor may not have seen a lot of transformation in their lives one way or the other, things are galloping for the rest, in ways mundane and sublime. But in the rush of partaking of the goodies in products and services, we are forgetting the flavour of the past.

Take wood smoke. Most families above the motorbike-ownership threshold no longer experience the particular aroma of burning firewood, something that has been part of the human olfactory sensibility since prehistory. Household heating and cooking is now through the medium of electricity, kerosene or gas and while the nose gets more than its share of diesel smoke these days, the flavour of daal is just not the same. Before long, a Southasian entrepreneur will have to introduce a room freshener with woodsmoke aroma, just to remind us.

Who remembers the DC-3 Dakota, that twin-engined wonder that flew all over Southasia in the three decades immediately following the Second World War? It was the Dakota that developed our airways, piloted by pioneering buccaneers such as a Polish pilot, Capt Bujowski, who flew out of Calcutta for one of the first private airlines of the Subcontinent, Himalayan Aviation. That was when airports were still called aerodromes and when many aircrafts such as the DC-3 were ‘tail draggers’. Which meant that once you got in, you walked up a slope to get to your seat.

The drone of Dakota’s piston engines is no longer heard today, amidst the whine of turboprops and the roar of jets. You can still see grounded specimen, though, if you are looking. The next time you are flying into Delhi’s aerodrome, whether from Lahore, Dhaka or Kathmandu, be sure to take the right window. Coming from the east over the Jamuna, landing on the southern runaway, you will notice a couple of parked Dakotas, conspicuous in their haughty nose-up attitude even when not airworthy.

While still on transport, the narrow gauge ‘choti line’ is fast disappearing from the Southasian railway network, as the broad gauge continues to squeeze life out of other tracks. There used to be a trans-subcontinental chhoti line which started out in Agra, wended its way to Gorakhpur in eastern Uttar Pradesh and then hugged the Bihar-Nepal border past the Bhojpuri and Maithili regions to enter West Bengal, ending at Siliguri. The metre gauge was allowed to service parts of India which remained poor and the Agra-through-Siliguri line cut through the poverty-stricken north Ganga plain. Not that the poverty index has changed, but even this region is now succumbing to the invasion of King Broad Gauge and railway history buffs will have to hurry if they want to experience the last of the choti line – not polished museum pieces but the grimy people’s traveling machine.

All over the Subcontinent’s railways, the sharp tang of burning coal is now lost to us with the conversion from steam engines to diesel. The smell of stations and marshalling yards are quite different from what they were even up to the 1970s. Knowing passengers no longer report ‘signal up’ and ‘signal down’, referring to the mechanical signal along the tracks that have been replaced by traffic lights. Air-conditioned travel means one less attachment to the passing landscape and its humanity. And for the child, there is no straining against the window bars to take in one of the most amazing sights of an earlier childhood – the engine and bogeys in front as the train takes a bend on the tracks.

Historian and author Ramachandra Guha is one who revels in memory and he uses the social scientist’s tools to dig into the lives of people we should not forget, whether it is BP Koirala or Verrier Elwin. He reminded readers in The Hindu that it was Madhu Dandavate, the authentic socialist and the minister of the short-lived Janata government of 1977-78 who did away with the wooden benches in the lower class compartments of the Indian Railways and replaced them with rexine upholstery. Hundreds of millions benefited.

Remembering good people and their good deeds is a good idea because it hopefully provides some standards to judge ourselves by. Meanwhile, it is important to remember good machines of the past as well. Do check out those Dakotas the next time you fly into Delhi aerodrome.