Rather than deliver an autocratic wasteland, the epidemic should be an opportunity to transform the region’s politics 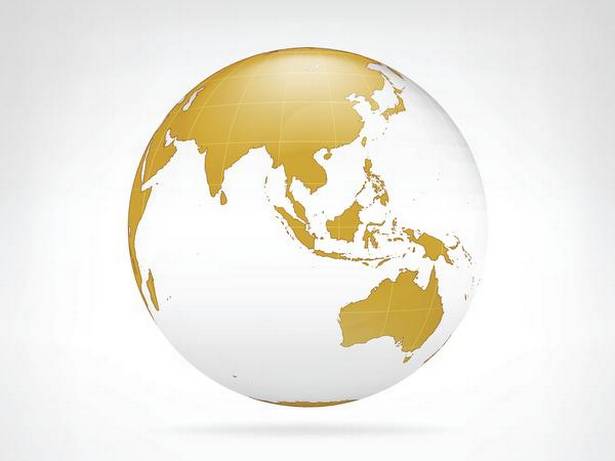 Even if the COVID-19 pandemic spares South Asia the worst impact it has reserved thus far for the northern latitudes, it is certain that this region of nearly a fourth of the global population will be wounded gravely — economically, and as the process unfolds, socio-politically. Holding the largest volume and density of poverty in the world, the countries of South Asia are looking into an abyss of distress and discontent.

As the region from the Indian Ocean to the Himalaya is hit by recession, more than half a century’s effort against poverty could be wasted. The coddling of the middle class and neglect of the majority underclass, so starkly seen during the pandemic response, points to all that has gone wrong in our electoral democracies; no country of South Asia is presently a formal dictatorship.

Amidst our separate insularities, South Asians should take the pandemic as a wake-up call beyond public health, on ills ranging from plastic pollution to global warming, extinction of species, hijacking of the commons, dirty water, toxic air, a weakening of the welfare state, infrastructural exceptionalism — and the rapid conversion of our demographic diversity into the worldwide sameness of a suburban mall.

If we fail to act, the COVID-19 episode will be but an interlude as we wade further into the Anthropocene quicksand. You can see the return to ‘normalcy’ in the aircraft tracking apps that show China’s airways bustling once again, as they were before the coronavirus radiated out from Wuhan.

As a dire telegram sent by Earth to Humanity, COVID-19 has laid bare the demagoguery that marks the democracies of South Asia. The response of the regimes has been to entrench themselves further, and they are shifting blame on mal-governance to the pandemic even as they tighten state control through surveillance, repressive laws and radical populism backed by ultra-nationalism.

The public’s fear of the virus is allowing Presidents and Prime Ministers to press on with top-down rule, whereas the lockdown should be the time to generate momentum towards federal devolution and Gandhi’s empowering ‘gram swaraj’ — a term that must be revived without a sense of embarrassment.

In Sri Lanka, President Gotabaya Rajapaksa takes advantage of COVID-19 to grant pardon to a war criminal. In Pakistan, the Army has Prime Minister Imran Khan against the ropes, and Nepal’s political class uses the pandemic for political adventurism and Prime Minister K.P. Sharma Oli engages the military to carry out key COVID-19 tasks, from buying protective gear to contact tracing. The virus has solidified the foundation of Sheikh Hasina’s one-party rule in Bangladesh.

India’s continent-sized polity craves federalism, but COVID-19 has energised Prime Minister Narendra Modi’s centralising mission. His Hindutva-backed, Pakistan-focused ultra-nationalism creates a web of control that strengthens Mr. Modi but weakens India. After a series of polarising actions from Kashmir to the Citizenship (Amendment) Act, we watch unbelievingly as Islamophobia is injected into the pandemic response.

The majoritarian attitude exhibited by the state, mass media and social media towards India’s 200 million Muslims will before long transfer to the Dalit, tribal and Adivasi communities, and the underclass as a whole. The anti-poor imperiousness seen in the demonetisation of November 2016 was evident also in the four-hour notice given for lockdown on the night of March 23, in a country of more than 350 million workers, many of whom are internal migrants. Since Mr. Modi shuns unrehearsed encounters, journalists and academics are not able to challenge him about the fabric of India that is tearing.

The reason to talk at length about India within South Asia is that the country comprises much of the region by population and geography. Further, the actions and the omissions of India impact each neighbour. While all the other capitals have adversarial positions vis-à-vis New Delhi, however, it is also true that modern India has been aspirational for neighbouring societies — till now, that is.

The trajectory of India, with its galloping centralisation, removes governance from the people’s reach. There was a time, decades ago, when New Delhi’s messaging was limited to promises of ‘roti, kapda aur makaan’, but ever more populist slogans were required to maintain command. Hence, the strident Hindutva-laced nationalism, which can only divert attention of the huddled masses, not spread prosperity nor social justice.

In both India and Pakistan, the two large countries of South Asia, ending insensitivity and inefficiency in governance require power and agency to pass to the provinces/States. Self-correction is only possible in smaller, devolved polities. As has been seen during the ongoing crisis, the States of India have risen to the occasion and are seen to be more caring, for the simple reason that they are closer to the ground and more accountable.

India has shone in the world because of its soft power, defined by a textured history, empathetic open society, “scientific temper” and Gandhian legacy. India simply cannot succeed as a hard power, which is why under the Bharatiya Janata Party-Rashtriya Swayamsevak Sangh, the country is losing the very values that command respect abroad.

If India were an internationally confident nation-state, as in decades past, it would have used its clout to lobby and build demand for a sitting of the UN Security Council to discuss the global security threat represented by the COVID-19 pandemic. India is also weakened internally by the New Delhi intelligentsia’s China fixation, which must be overcome. Unknowingly or with deliberation, New Delhi seeks to copy-paste Beijing’s centralism as well as its xenophobia, both of which are bound to backfire in a country whose historicity and circumstances are quite different.

The unflinching lack of caring for the citizenry by governments in South Asia can only be reversed through a formula that incorporates the internal and external to the nation-states, a reformatting of relationships. Internally, power must devolve from the capital to the provincial units of the two larger countries (Pakistan and India), as well as empowerment of local governments all over (as done in Nepal under the 2015 Constitution, but not yet fully implemented).

Externally, the countries of South Asia must bring down the hyper-nationalist mind barriers to allow porous borders, thereby reviving historical synergies in economy, ecology and culture. This is essential for both social justice and economic growth, and cannot happen without a palpable reduction in military expenditures that will come with abandonment of the national security state.

South Asian regionalism requires resuming the evolution of the subcontinental polity that was terminated in 1947 with Partition.

Regionalism would lead to collaborative battles against pestilence, and for wealth creation through trade, comparative advantage, and economies of scale. Regionalism would help fight plastic pollution in our rivers, battle the air pollution that wafts across our frontiers, promote cooperation in natural and human-made disasters, and boost the economies of the geographical “periphery” of each country.

The push for South Asia-wide thinking and planning need not be seen as a malevolent attempt to subvert India. Instead, it is the path for India’s own socio-economic advance, and the way to garner international recognition of its soft power. Internal devolution and cross-border bonding has always been a necessity but impossible for some to contemplate. Hopefully, the shake-up of the COVID-19 pandemic will succeed where past exhortations have failed.

The opinion-makers of India — economists, political scientists, philosophers, sociologists, diplomats and others — have tended to be New Delhi-centric, and, as a result, downright reluctant to address issues of both federalism within and regionalism without. They have thus far been unable to see the jungle for the trees.

Kanak Mani Dixit, a writer and journalist based in Kathmandu, is founding Editor of the magazine, Himal Southasian