So we are supposed to be proud to be Southasians. For what? That we have the distinction of being the most violent place on earth? Take a look at just two instances from the past month: the terrible toll exacted on Tamil civilians in order to destroy the LTTE, and the raging war in Swat, where the Pakistani army woke up to Taliban dangers and decided to scorch the earth. So in our south and the north, there was a ground and air offensive each, both of which amounted to conventional war. 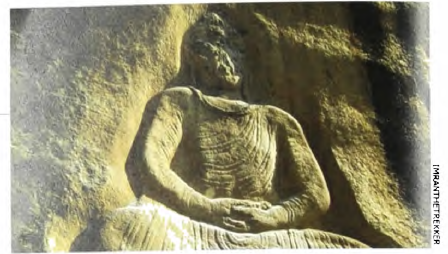 Darfur saw oppression, there remains a standoff in the Philippines, Xinjiang is restive, the Palestinians continue to suffer. But in no other part of the globe was there war, other than in Southasia’s south and northwest. Suicide bombers continue to threaten Afghanistan, Karachi is tense, and Bangladesh is still trying to make sense of the killings at the Bangladesh Rifles headquarters in February. Naxalite insurgents exact a heavy toll from the police and peasantry across the spine of India. Large parts of Nepal are lawless, where impunity rules. But Swat and the Lankan northeast saw outright war.

Yet if it is proper to state that no other region across the seven seas has seen armed conventional conflict over the last year as have parts of Southasia, why doesn’t this factor hit our Southasian mindset more prominently? Is this not stark proof of the failure of Southasian regionalism – when we fail to develop empathy, even when the most horrific things happen next door, as brought to us on the television screens?

The answers must lie on several fronts. Firstly, the fact is that we really do not feel beyond our immediate neighbourhood, even within our own countries. This may have to do with the physical and emotional distance involved, in which no amount of calling oneself Southasian or Indian or Pakistani will help to develop empathy. Meanwhile, the borders have helped us to compartmentalise our empathies and understandings. Swat is in Pakistan’s north, and we live elsewhere. The Tamils did suffer, but that too is somewhere else.

Consider how the Southasian media houses willingly use the Western channels and agencies for their primary coverage of regional conflicts. Aung San Suu Kyi? Did you say Aung San Suu Kyi? We can learn all about her latest trials from the BBC and CNN and AP and AFP. Then, on that basis we can form an opinion and meld it to the Southasian context. But why should we be responsible for the generation of primary news, when the international agencies have their stringers and correspondents in Bangkok?

We wait for CNN and BBC to confirm Prabhakaran’s death; our windows to our own region seem to be via London and New York. At other times, those lines of understanding run through New Delhi, and the rest of us get the news when the media gatekeepers there finally decide that the body count is over a certain threshold. Five police deaths in Bihar is not enough, at least 20 must die before we will notice you.

There are Southasia-wide human-rights organisations, each run by some of the best known rights activists we’ve got, particularly in India and Pakistan. So let us ask what they were doing over the past month, as the Tamil ‘collaterals’ were massacred in Sri Lanka, or when American drones have landed on Pashtun households over the last year. Is this lack of empathy, or is it timidity from those who are supposed to be brave and selfless? Handing over staid press statements to the counsellor at the embassy cannot be enough, and will not substitute for organisation, activism and picketing.

When Lasantha Wickrematunga was murdered by a death squad in Colombo, he left behind a posthumous editorial that provided ‘good copy’. His erudite spouse spoke with feeling at the UNESCO ceremony on World Press Freedom Day. There was no language barrier for the Southasian elites. But when there was so little play of the passing of Lasantha, what can we say for other fine journalists that were murdered in the districts and provinces, such as Uma Singh of Janakpur? There is a clear absence of bonding across borders, even among those in the same arena with the same challenges.

This goes beyond activism for democracy, pluralism, media freedom and civil rights. It means developing conditions wherein the Dhaka professor begins to feel outrage when the Bihari (from Bihar, not the camps in Bangladesh) is attacked by the supposed bhumiputras of Maharashtra. It can also refer to crossborder empathy for a range of issues as diverse as farmer suicides, the nonsense of SEZs, sea-level rise or the cultural desecration of hallowed sites.

Consider that the Sakyamuni Buddha was a historical figure who was born, lived and preached in the Ganga plain, in present-day Nepal, Bihar and Uttar Pradesh. The Kushan civilisation was the first to develop iconography related to the Buddha, in the present-day Pashtun and other regions of NWFP and Afghanistan.

No matter that you may be Muslim, Hindu, Christian or agnostic, did you feel the emptiness that came from utter outrage when the Bamiyan Buddhas were blasted by the Taliban in 2001, after having stood strong on the rock conglomerate cliffs for a millennia and a half? And did you know that the Pakistani Taliban in 2007 gouged the face of the great Buddha of Swat (pic), a massive seventh-century Gandhara-era Sakyamuni in meditation mudra?

This is not about absence of empathy. Empathy implies thinking on behalf of someone else. When the Tamil civilian dies in crossfire, when the Pashtun householder is victimised by a drone, or when the gun battles rage in Swat – or when a Buddha statue is razed – we must feel these as personal losses, as personal desecrations.

Apparently, we do not. And we will not really be ‘Southasian’, under one regional roof, until we do.