Just as Southasia at large has failed to utilise the democratising power of radio, public television also seems a distant dream. First, this is because the government in each country does not want to let the airwaves out to anyone who seeks anything either innovative or people-friendly. Second, it is a matter of money. At the moment, who other than the private, commercial broadcasters can come up with the kind of funding required to put up a terrestrial or satellite channel? As a result, a public that makes up a fifth of humanity is kept from receiving information, gaining knowledge, being entertained at a higher plane, and being empowered.

As with radio, it is interesting that we do not even have a con 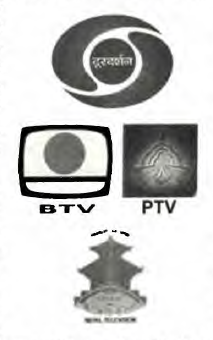 cept of public broadcasting in television. Because we have known only state-owned and private commercial channels, we do not even know how to demand ‘public’ fare. There is no doubt that Southasia as a whole, as well as each of our individual countries and societies, needs public broadcasting – but any talk on the subject gets bogged down in matters of finance and funding. Who would pick up the tab for an expensive television channel?

There is one obvious solution that we should give serious consideration to implementing: convert all present-day government television channels in Southasia into autonomous entities with independent governing boards. Until a general understanding of the parameters of public broadcasting evolves – and the Southasian political classes achieve a threshold level of maturity – these channels will have to be prevented from broadcasting hard news. Coupling government funding with current infrastructure, existing stations in each country would emerge as what are known as public broadcasters.

This has, of course, already been tried in India with the Prasar Bharati Act. The 1990 legislation was created with its Parliament drafters’ best of intentions, attempting to convert both All India Radio and Doordarshan into public service broadcasters. But that did not happen, mainly because the ruling parties were loathe to let go of the electronic media as powerful and useful tools. The bureaucrats went along with what their masters dictated, and today Prasar Bharati has become nothing more than a government handmaiden, with personnel and budget assigned by the Information and Broadcasting Ministry. As we speak, there is little debate in India about how the public has been cheated.

But it is never too late. There must now be a region-wide campaign to develop a sense of urgency, particularly within the region’s intelligentsia, on behalf of Southasian public broadcasting. This push must lead to the conversion of the existing government channels into adequately-funded independent stations. Bangladesh Television, Doordarshan, Nepal Television, Pakistan Television and Rupavahini have no business being broadcasters as government-run organisations.

The first step would simply be to prevent the broadcasting of hard news by the state-owned channels. Half the battle would then be won outright. As soon as the news function is taken away, the politicians would lose interest and stop meddling; the stations would then automatically become more public-friendly. The next step would be to charter BTV, DD, NTV, PTV and Rupavahini as independent corporations, with governing boards made up of cultural heavyweights, so that no government of the day would be able to succeed in any subsequent hijacking. In the meantime, it is important to learn from what went wrong with Prasar Bharati, so that we can embark on this process with eyes wide open.

There will come a day when the individual public television channels will collaborate and create a Southasia-wide public broadcasting network. There will come a time when, under the umbrella of public broadcasting, we may actually have children’s programming for Southasian kids. For now, there is nothing worthy of the name. That is an ongoing shame.