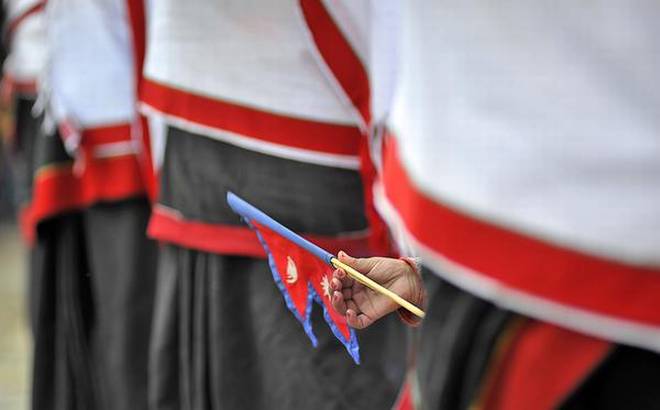 Indian interventionism having backfired, the Nepal PM’s visit is an opportunity to raise the level of bilateral ties

Nepal is run by a revolving door of political leaders who have weakened the polity and economy over the years, but who did battle the odds to promulgate a new Constitution. India, meanwhile, has a Chief Minister-turned-Prime Minister who has had to learn geopolitics on the job. Prime Minister Narendra Modi would have realised the limits of optics in geopolitics, and Nepal serves as a marker of adventurism gone awry.

With global geopolitics on the boil, and the Hindi-Chini relationship in free fall, it should be in India’s interest to secure its own neighbourhood, and that can only be through letting national politics and governance of the smaller neighbours evolve without interference.

New Delhi must use the visit of Nepal’s newly anointed Prime Minister, Sher Bahadur Deuba, on Wednesday as an opportunity to hit the reset button on Nepal-India relations. Such a rebooting requires a cold and hard look at how Nepal was handled over the past decade, exemplified by the impediments placed in the writing, adoption and implementation of the Constitution.

True, India played a valued role in ending the Maoist insurgency in 2006, but the period thereafter was marked by escalating micro-meddling in Nepal’s internal affairs. In Constitution-writing, there were attempts to define the new provincial boundaries according to Indian dictates — pushing first an unwieldy and unworkable plains-only province, then a two-province formula.

The presence of India’s heavy hand contributed in numerous ways to the distortion of consensual governance needed in transitional times. Kathmandu’s civil society was preoccupied with managing the fallout, and much time has been spent rallying around the flag rather than stabilising the new republican democracy, trying to end ‘bhagbanda’ share-the-spoils politics, and working to ensure that the inclusion enshrined in the Constitution is observed in practice. (The scarcity of Madhesi faces in the recent appointment of ambassadors, judges and government appointments is a case in point.)

For reasons best known to South Block, India ‘noted’ rather than welcomed the Constitution. A society trying to emerge from the April 2015 Great Earthquake was slapped with the punitive Great Blockade. Even today, New Delhi seems uneasy with the recognition of Maithili, Bhojpuri and Avadhi in Nepal, and prefers the elevation of Hindi as in India.

While keeping silent for years on Nepal’s post-conflict transitional justice process, in November 2015 India’s representative in Geneva cynically utilised the forum of the Human Rights Council to influence government change in Kathmandu. A year ago, Indian interlocutors pushed the Nepali Congress to renege on its promise to continue in coalition with the mainstream left Communist Party of Nepal (Unified Marxist-Leninist), and engineered what is the implausible current embrace of the Congress with the Maoist party of Pushpa Kamal Dahal.

At the tactical level, New Delhi’s motives behind the heavy-handedness of the recent past may have to do with electoral calculations related to the Bihar and Uttar Pradesh polls. On the Constitution, the idea of a ‘buffer’ province is thought to have been floated either to prevent third country militant infiltration or to control national-level politics in Kathmandu. Some point to an agenda to try to take Nepal back to ‘Hindu state’ constitutional status.

For the long term, Indian strategists may be seeking ways to get Kathmandu to allow the construction of high dams and deep reservoirs on Nepal’s rivers — for flood control, navigation, urban use and irrigation in Bihar and Uttar Pradesh. A particular federal demarcation might make Kathmandu more amenable, goes this line of thinking.

In trying to push some or all of these goals, New Delhi made deep inroads into Nepal’s political class, but none did it use more than the Madhesbaadi parties. Besides the fact that this has done great injustice to the plains-based Madhesi citizens of Nepal, the Madhesbaadi leadership is presently incensed that after all its goading New Delhi now seems to be backtracking — a recent example of this ‘use and throw’ policy is seen in how the Madhesbaadi leaders were made to stand against local government elections, followed by a volte-face of the Indian Embassy urging them to join.

As Mr. Deuba deplanes, indeed there are indications of a scaling back of Indian involvement. Hopefully this is a response to a growing realisation in New Delhi that a peaceful, stable Nepal that evolves of its own volition is good for India, and especially for the central Ganga plains.

From the Kathmandu perspective, politically micromanaging Nepal could not have but backfired. Take the Great Blockade, which forced the Kathmandu political leadership to reach out to Beijing and sign a slew of trade, transit and infrastructural agreements with it. Few know that Nepal is today better connected by air to Chinese cities than to India.

Once Nepal and India get past the era of interventionism as but a bad memory, the two can concentrate on the numerous matters that need concentration and resolution. An important issue is the open border itself, which is a unique joint heritage of the two countries. While it is Nepal’s Left that has traditionally demanded restrictions on the border, the call now rises from the Indian security establishment.

As we speak, the Nepal plains are suffering from massive floods that have also affected downstream areas across the border. Besides the spread of settlements, a prime cause for the severity is that the Chure (Shivalik) hills have been gouged of rocks to build elevated roads and levees just south of the border, leading to inundation in Nepal. A permanent bilateral mechanism is required to save the plains population of Nepal from suffering, which is ongoing as this is written.

The Kosi Barrage and attendant embankments have the possibility of wreaking havoc because siltation of six decades has raised the riverbed within the levees far above the outlying tracts. The easy answer for the Indian politician is to demand a high dam in the hills of Nepal even as alternatives are not studied, such as redistribution of waters into various older channels of the Kosi in Bihar.

There are many other matters pending between Nepal and India, much of it due to neglect by the Kathmandu intelligentsia, such as regarding the impact of demonetisation and the application of Goods and Services Tax on Nepal’s economy and citizenry. Similarly, Kathmandu prefers not to discuss the fact that the Nepali rupee is pegged to the Indian rupee and what it means for the long run. The rights of migrant Indian labour in Nepal and Nepali labour in India is a topic that rarely comes up. There are border disputes pending between the two countries — at Susta, Kalapani and the ‘tri-junction’ of Lipulekh — but Kathmandu has been timid in raising these matters.

Nepal has since long planned to sell electricity to India once it has a hydropower surplus, and the completion of the much-delayed Dhalkebar-Muzaffarpur transmission line was supposed to facilitate that. But along comes an Indian government directive that it will not allow import of electricity other than from power companies with more than 51% Indian equity.

The arbitrary blockages and go-slow at Indian Customs at border points, the selective use of quarantine for the export of Nepali agricultural produce, the increasing high-handedness of the Sashastra Seema Bal (India’s frontier force in this sector) in dealing with Nepalis crossing over — these are only some of the other challenges on the bilateral plane.

Due to domestic political instability more than anything else, over the years Kathmandu lost its confidence in dealing with the Dilli Durbar. With the self-assurance that comes from Nepal moving towards normalcy under its new Constitution, and with India seemingly changing gears on its Nepal policy, one hopes for a threshold of maturity in relations between South Asia’s oldest nation-state and its largest democracy.