If instability, anarchy, mayhem and insecurity be the stuff of life, then we should be happy to be living in the Subcontinent, in many regards the most violent part of the globe today. Although it is also true that because there are so many of us – nearly a fourth of the world’s population – this cumulative violence does get diluted when it comes down to individual experience. But I am already getting away from the point, which is: How happy would we be living in, say, staid Sydney? 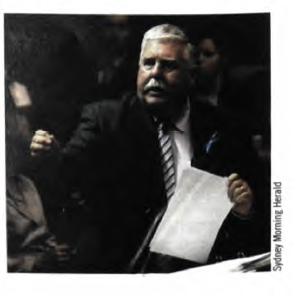 Let’s take a random day – 20 May, as this column is being written – to see what is roiling the minds of the residents of some randomly picked cities of Southasia, and compare them with the capital of New South Wales, as a representative city of the developed West (or North, albeit Down Under).

Starting at the Himal home base, in Kathmandu, the discussion is existential, the matter of extending the Constituent Assembly’s tenure because the constitutional draft is not ready and a political void stares the country in the face. The Maoists, as the largest party in the House, are saying ‘no’ to an extension unless the prime minister (of the UML-led coalition) resigns. The National Security Council has met to warn the Maoists not to get violent or else, while the latter threatens to start parallel governments all over the country. A dozen ‘small parties’ meet and ask the three biggies to act responsibly, while the Maoist supremo Pushpa Kamal Dahal (aka ‘Prachanda’) goes on a retreat to a country resort to mull things over.

In Guwahati, the news is mostly about the tensions between Assam and Meghalaya, and Nagaland and Manipur. Guwahati and Shillong are exercised about border disagreements, triggered by a flare-up at Langpih, which saw many deaths and a bandh. There were communal clashes and deaths when the Naga leader Thuingaleng Muivah sought to visit his birthplace, which happens to be in Manipur. These separate incidents provided a window into the deeper schisms in the Northeast, simmering below the surface. Meanwhile, other news of the day includes the possibility of Paresh Baruah, the underground leader of the ULFA organisation, having been arrested in Bangladesh (later denied).

The saddest city of the day is Karachi, which is back up on the charts as the most violent city of Southasia, experiencing communal tensions, demographic stress, political polarisation and suicide bombings. Writes The News, ‘Violence enveloped the city … as a fresh wave of politico-ethnic target killings claimed at least 22 lives’ the previous day.  The Pakistan Rangers were brought in under the Anti-Terrorism Act (ATA) to maintain law and order. Those killed included activists of the Awami National Party (ANP), the Muttahida Qaumi Movement (MQM), the Muhajir Qaumi Movement-Pakistan and the Jamaat-e-Islami. Vehicles were torched, public transport halted, arson broke out all over, markets and educational institutions closed down, and school exams were suspended. Amidst all this, a prominent urban planner, Professor Noman Ahmed, maintains that Karachi could no longer be known by the respectable term of ‘city’, but has instead become an ‘urban regime’. But the news that comes out of Pakistan to the rest of Southasia is the blocking of YouTube (and later other sites) by Islamabad authorities in order to prevent the viewing of an online competition to draw the Prophet Mohammad (PBUH). As for Karachi’s descent to hell, that receives almost no mention.

Meanwhile, what are the papers in Sydney reporting as all hell breaks loose in Southasia? Mainly, the average life experience of the average Australian seems to revolve around sex scandals, celebrities (Australian or otherwise), traffic and animals, including pets. One prominent headline discusses the ‘outing’ of NSW Roads and Transport Minister David Campbell (see pic), after he was caught on camera exiting a gay establishment, Ken’s, ‘a dedicated space for men to meet and have sex with other men.’ As a ‘wet’ venue, clients of Ken’s are, apparently, ‘expected to undress, don a towel and put away their mobile phone. Friday nights are towel-free.’ Two towels are free, but additional towels can be had for a dollar each, the amount going to a charity in Cambodia. The other  national headline notes that three muggers received a surprise when five Ninja trainees raced to the rescue of a Sydney medical student, who was being robbed of his iPod. And a horse died from the Hendra virus on the Sunshine Coast, the 41st such equine victim since 1994. Queensland’s director of communicable diseases said, ‘Free testing and counselling would be offered in this stressful time.’ Stressful indeed.

If there is hope for Southasia, one would have to go find it in the sober news reports emerging from Colombo, where the headline of the day is, ‘Bad weather to continue, train services affected’. In other matters, President Mahinda Rajapakse is stressing the need for an effective mechanism to maintain the road network, ‘to pass the dividends of the country’s development effort to the common masses.’ One paper notes gleefully the fall of the UK Labour government that included David Miliband, the British foreign secretary (with his ‘anti-Rajapakse government stance’). An effective mechanism to avert human-elephant conflict is also being studied, while the Chinese ambassador makes pleasant sounds about the Colombo-Beijing relationship.

Give me a choice, and I would move – to Sydney, or maybe Colombo, mainly because it is closer. But, sir, something just does not smell right. Do I get the whiff of guided democracy? Maybe I’ll just stay put and see what the new constitution brings.