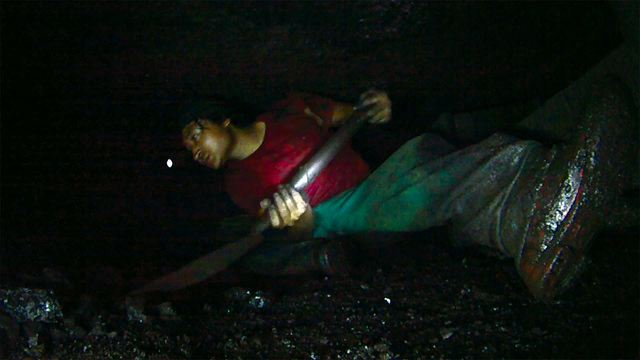 People without faith in the state migrate for survival, the new Constitution must change that

Ludwig Stiller SJ wrote in The Silent Cry (Sahayogi, 1976) on how Nepalis were pauparised in the aftermath of empire-building attempts following unification. The people were taxed beyond survival and sustainability, and so the process of out-migration began. When the going got tough, the people got going.

The process of departure had already started as the 18th century gave way to the 19th, with already

large numbers of Nepalis in Lahore before the Anglo-Nepal War of 1814-16. That war led to the formalisation of Gurkha recruitment, which has continued in the British and Indian (Gorkha) regiments.

‘The cry is still there,’ Stiller wrote in 1976, ‘will it be heard any more than it was during the silent years?’ Forty years after he wrote the line, one must conclude that the cry remains unheard. And two centuries after citizens started arriving in northern Punjab in search of work, the exodus of ‘lahures’ continues. Citizens of hill and plain fan out to fill menial positions all over north and peninsular India – as restaurant labour, agricultural workers, chowkidars, load carriers and in road-building gangs.

With passports made easy to get after the 1990 political transition, the ‘remittance economy’ took off, and now Nepali migrant labour is found in the farthest reaches, from Namibia to Nebraska. The largest numbers overseas, of course, are found in the Gulf and Malaysia. The poorest of all still go to India.

This saga of migration is thus a continuing ‘silent cry’, the stoic and practical reaction of a populace confronted by an insensitive, inefficient state administration. There is no meaning in reaching back to the deep past, but we must question the Nepali state regarding its record in the modern era, starting 1950 when the Ranas were ousted and Kathmandu developed a political class and civil society – a polity. The finger can be pointed with the help of Fireflies in the Abyss, a film by Bangalore-based documentary filmmaker Chandrasekhar Reddy, who over six months filmed Nepali migrants in the illegal coal-mining camps of Northeast India’s Meghalaya state. The ‘rat-hole mining’ is carried out in suffocating tunnels deep in the womb of the earth, beneath the bucolic setting of rural Meghalaya. The rolling hills and dales are interspersed with square pits that go down 100-200 feet. Catching coal seams, the miners then dig laterally through tiny tunnels.

Reddy brings out the humanity of the migrants in the coal pits and camps. Nishant Rai is smothered in coal dust as he works in the darkness with head torch. Lying on his side, he strikes at the coal strata with his pickaxe, shovels the material to fill the low cart that he pulls along, thereafter drags it out to the mouth of the tunnel, transfers the load to a doko basket, and makes the long and hard climb to the top. Then it is back down into the pit.

When Nishant takes a break, washing the coal dust off his skin, he is a man transformed. Smartly dressed, he heads out to meet the miners in other camps, carrying his hobby camera to create a poignant portrait gallery of life at the absolute margin. Nishant’s ambition? “I want to start a photographic studio in Nepal, later to make films, and to marry the lady of my dreams.”

Subba used to sing and act in Nepal, but finds himself in the same pit at Nishant. He looks out over the beautiful landscape. Expertly strumming his guitar, he sings Danny Denzongpa: “Chiso, chiso hawa ma, yo man tesai baralinchha.”

He is old and wrinkled, does not remember his age, nor his name – they just call him ‘Baje’. He has ended up in Meghalaya after decades spent around the Northeast, tending fields, woodcutting and doing all kinds of hard labour. His arms are nearly useless now, so Baje stands like a sentinel above Nishant’s and Subba’s pit, his job reduced to counting the carts.

Suraj Rai, 11, wants to study English but his pride and his sense of responsibility has him leaving school and returning to the mine – the documentary ends with his descent into the pit, pickaxe in hand.

These coal migrants of Meghalaya all have Nepal as their reference point in terms of hopes and desires. For now, they are crying in silence, surviving as best they can, their pride intact, expectations and aspirations hardly abandoned. Nepal’s new Constitution has to be implemented so that this nation-state, established two-and-half centuries ago, can deliver the prosperity promised by the landscape. No more excuses.

The documentary Fireflies in the Abyss received the Unicef Award for Best Film on Children’s/Social Issues at the recently concluded Film Southasia Festival of Documentaries 2017.