The Teaching Hospital at Maharajganj is presently dealing with two fasts-unto-death, one which has already seen its tragic and terrifying finale and another that is ongoing. Nanda Prasad Adhikari died 187 days ago while on a second-time hunger strike, during which he watched death stalk and finally take him. Since then, Nanda Prasad’s body has been locked in a freezer box at the hospital morgue, a guilt-ridden government not daring to carry out the last rites, while his wife and fellow fighter Gangamaya keeps vigil at the Bir Hospital, now taking fluid but nothing else. 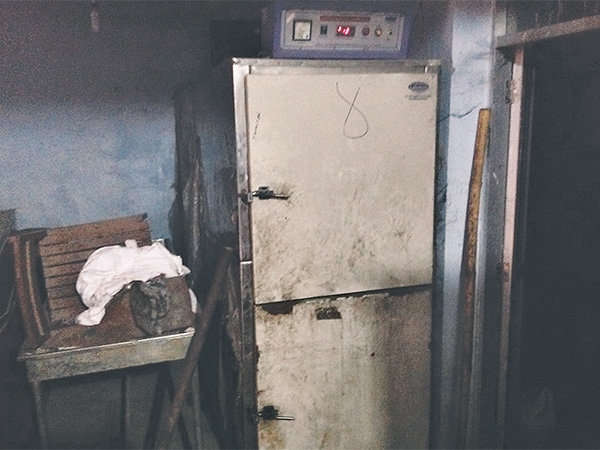 A few corridors away from the unbelievably decrepit morgue where Nanda Prasad is kept, in one corner amidst castaway furniture and benches, is a cot that has the philanthropic orthopaedic surgeon Dr Govinda KC lying on it. This is his fifth fast of the last two years, in his campaign challenging successive governments to rescue national medical education, set regulatory standards, and block the play of big money that is pauperising our healthcare system.

Nanda Prasad was (and Gangamaya still is) fighting for accountability for the Chitwan murder of 16-year-old son Krishna Prasad in 2004. The couple did not curse the heavens, did not seek support of human rights or media organisations, as citizens they demanded action from the government and judiciary. But the couple was trapped by constitutional politics, the Maoists having blackmailed the Nepali Congress and CPN-UML leadership to deliver a perpetrator-tilted transitional justice law.

Successive governments failed to act and so, the unbelieving Nanda Prasad refused to heed the plea of human rights activists to halt the hunger strike, even as he got reduced to no more than a skeletal frame. The morning of September 22, 2014 found him suddenly aloof from his surroundings, a film over his pupils. By afternoon, Nanda Prasad was gone.

For decades, Dr Govinda KC has been going to far corners of the country, unheralded and at own expense, to help the under-served. At times of disasters, without issuing press releases, he would land up in the Koshi floodplain, Burma, Gujarat, Kashmir, and Haiti. He was a quiet visitor to the Bir Hospital ICU, where he tried to convince Nanda Prasad and Gangamaya to end their hunger strike.

Having followed intensely the weakening of medical education in Nepal as even as some of it got hijacked by the dons, Dr KC had the imagination and empathy to understand that the poorest citizens were being cheated of possibilities of quality healthcare and, the weakening of regulatory mechanisms meant that we will produce bad doctors, which will be both a public disaster and national shame.

Like Nanda Prasad, Dr KC tried to work within the system, with other doctors who understood the urgency to halt the rot in medical education. In the end, the satyagraha of self-inflicted harm was the only way to challenge the power brokers and hold authorities accountable. Dr KC gave up his earlier fasts when assurances were given (the last time just before the Saarc Summit in November by PM Sushil Koirala) that the affiliation of new medical colleges to the Tribhuvan and Kathmandu universities would be halted until a nation-wide policy was adopted. But there is so much money to be made (up to Rs 5 million per medical student) that the political parties all ended up having their hand in the till—the Congress, CPN-UML and UCPN (Maoist)—and the prime minister could not stand firm.

Death has become unbelievably cheap in Nepal, as seen in the callousness with which life-extinguishing bus accidents, floods, and landslides are treated by the intelligentsia and even society at large. Which is perhaps why the politicians dared to let Nanda Prasad die and why they expect Dr KC’s protest to burst like a water bubble, without impact.

Nanda Prasad was allowed to breathe his last with democrat Sushil Koirala at the helm, whose government has refused to rise from its make-believe slumber on myriad urgent cases of war crimes, from the murder of Krishna Prasad by Maoists to the execution-style killing of the five young men of Dhanusha by security personnel. Koirala’s government crafted a transitional justice law meant to provide amnesty to murderers, rapists, abductors, and torturers on both sides of the conflict, which fortunately the Supreme Court in its sagacity and humanity struck down on February 26.

Just as successive prime ministers waylaid Nanda Prasad and Gangamaya, from Baburam Bhattarai to Khil Raj Regmi to Koirala, there has been dilly-dallying on fulfilling Dr KC’s demands. To prevent embarrassment during the Saarc Summit, PM Koirala belatedly appointed a committee, headed by educator Kedar Bhakta Mathema, to recommend a National Health Professionals Education Policy. Even while the respected members of the committee, including Suresh Raj Sharma and the doctors Madan Upadhayay, Bhagwan Koirala, and Arjun Karki were still engaged in study, PM Koirala went against his own written commitments and fired a missive to Tribhuvan University (TU) to provide affiliation to four colleges that had earlier been given letters of intent.

A letter of intent does not constitute the granting of affiliation, but the various promoters proceeded with the conviction that their political clout would carry the day. But the Institute of Medicine’s Faculty Board refused to succumb to TU bosses who tried to short-circuit the affiliation procedure. The Faculty Board indicated its lack of capacity to provide oversight over burgeoning medical education, but there are also issues of infrastructure, services, and the concentration of hospitals in the Valley that concerns Dr KC.

Many were never in doubt, since back in 2006, that the Maoists have merely been opportunistically exploiting the peace process and the Constituent Assembly itself as a means to enter open politics without submitting to the dictates of democracy, rule of law, and accountability. As far as crimes against humanity are concerned, as part of their agenda to sow impunity for the sake of self-preservation, the Maoist leaders were more than willing to let perpetrators among the army and police go scot-free as well.

Koirala and the NC-UML parties as a whole had believed that surrendering to Maoist blackmail on war-era crimes would keep the latter in the constitution-writing process. How wrong they were is now proven, with the Maoists showing every willingness to walk out of the process as things finally came to a head on human rights accountability, with the Supreme Court final ruling on transitional justice.

Nanda Prasad and Gangamaya sought justice through the courts as citizens should, but the Koirala administration was not up to providing it. Dr KC seeks to ensure that Nepal develops a public health and medical system that serves the poorest with the finest level of service.

If PM Koirala does in fact care, he must move to make amends. He must push back convincingly against Maoist attempts to browbeat the citizenry and direct his Attorney General to proceed with the conflict-era cases that are pending in the courts, the Supreme Court having confirmed that they need to be tried through existing criminal procedure rather than be entrapped in the spider’s net of the Truth and Reconciliation Commission. On the matter of medical education, PM Koirala must move to suspend his order directing the granting of affiliation to the four colleges, pending the report to be presented by the Mathema committee.