The People of India, printed in 1868, was a photographic album prepared at the insistence of the Viceroy Lord Canning. Glass plate photography had been invented barely a decade earlier, but by 1860 colonial officers all over the subcontinent were proficient in the process. The colonial administration in Calcutta clearly wanted to document the people, a need that seems to have been felt after the mutiny of 1858.

The book contains around 400 albumen prints of people from Burma to Afghanistan, and includes 24 photographs of Nepali citizens even though Nepal was not part of the Indian empire. For whatever reason this was done, we have a treasure trove of portraits from long ago.

The Nepal pictures provide a window on how Nepalis carried themselves 150 years ago, how they dressed, how long they kept their hair, what weaponry and implements they used. Whereas we have many photographs of the Rana court and subsequently of the Newar and Khas nobility, this is the first photographic ‘shoot’ of ordinary Nepalis. The text which accompanied the photographs are thought to have been provided by the previous British resident in Kathmandu, Brian Hodgson. 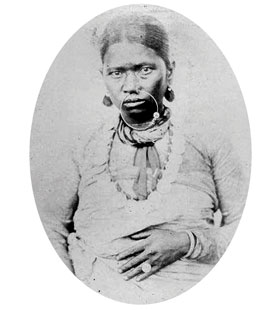 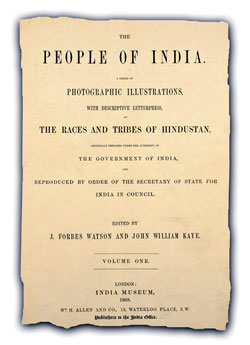 Given the relatively static nature of the times, this is probably what Nepalis looked in at least the century preceding the photographs. The photography was concentrated in Kathmandu Valley, and we do not find Tarai or high-Himalayan portraitures. Representation of some of those communities can be found in the prints included in the volume from neighbouring Bihar and Darjeeling, such as pictures of the Lepcha, Musahar, and plains Muslims. 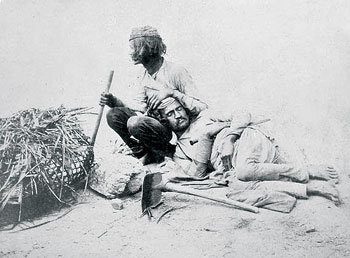 When the order for pictures came from Calcutta to the British Resident in Kathmandu, George Ramsay, he wrote back that he had neither money nor expertise. Fortunately, Clarence Comyn Taylor, who had learnt the newborn art of photography while serving in Rajputana, was assigned as the Assistant Resident during the same time. A budget was then arranged, and the photography began. It was only in 1992 that scholar JP Losty identified Taylor as the photographer, and historian Pratyoush Onta suggests that Taylor’s photographs of 1863 are most likely the first taken in Nepal of Nepali subjects. 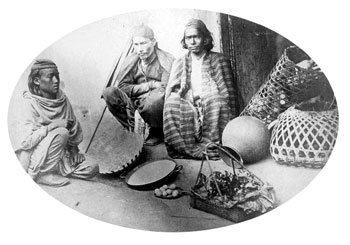 That was the time when Jung Bahadur Kunwar had already emerged as the supremo of Nepali politics with King Surendra Bir Bikram already relegated to ceremonial status. At first Resident Ramsay worried about Jung Bahadur’s reaction to the proposed photographic documentation, but the latter proved enthusiastic and even bought one album of the Nepal photographs for himself. Taylor also took portraits of Jung Bahadur, and King Surendra. 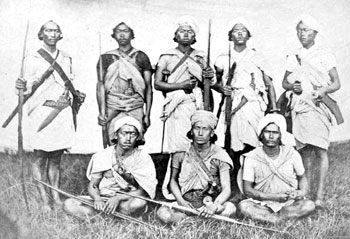 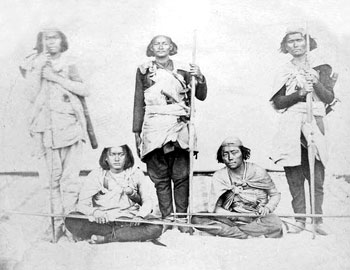 For the longer version of this piece in Nepali with more images, see: nepalihimal.com