If Southasian-ness is a sensibility, then anyone can be a Southasian. The requirement is having respect for the history of the Subcontinent and empathy for its people. You can be a native or a non-native. Of course it helps to be born in any one of the countries of the region, but you can also be a naturalised Southasian due to the empathy you develop for this region and its populace. 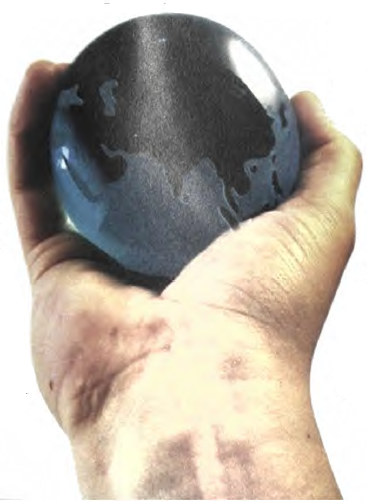 In contrast, people who are natives could also not be Southasians, particularly out of lack of concern for others in the region. The growing nationalist insularity in Southasia, for example, has left some natives not knowing their neighbours and others harbouring exaggerated animosities – neighbourly xenophobia. Whereas a non-native Southasian tends to come more free of prejudices. For starters, he is less likely to say India-Occupied Kashmir and Pakistani-Occupied Kashmir, and more willing to try out the less problematic India-Administered Kashmir and Pakistan-Administered Kashmir. All Southasia, including Indians and Pakistanis, need to ascend from IOK/POK to IAK/PAK.

This definition of ‘Southasian’ involves the quality of empathy, more than any other value or marker. Identity is multitudinous for someone from the Subcontinent, in terms of locational linearity from the village mohalla to city, district, state/province to national. No problem there. But to jump from the place-of-origin identity to become a citizen of the region of Southasia, you need the quality of understanding the point of view of the other, competing person or community. This means not only a Pakistani seeking to see the world through the lens of an Indian, but anyone of us being considerate across the divides of faith, caste, ethnicity, region or language.

It is especially difficult to be empathetic across national boundaries. After all, most of our nation states are no more than six decades old and the nationalist identity is still being consolidated under the leadership of the capital-based elites. That is why we so easily allow barbed-wire fences to be built along the frontiers, and why ultra-nationalism is such an infection, the tool of demagogues. Ultra-nationalism lurks just under the epidermis of even the most magnanimous civil-society leaders, because human evolution has provided us all with the capacity to hate and it is safest to vent against the foreigner. The neighbour, the neighbouring country, is simply the easiest to loathe. Those who are not native, on the other hand, are outside the ambit of this dangerous loathing.

Since the membership of Southasian is not something that gives anyone extra benefits, no one should have any problem in sharing the identity. It is entirely possible for an Occidental to be a Southasian, if he is able to appreciate Pathanay Khan, feels for the Chakma and Rohingya, wants Southasia to revert to being a non-nuclear-weapons region, combats climate change from the mountain to the atoll, works to end the marginalisation of the Dalit and Adivasi, seeks to bring peace between India and Pakistan, fights to protect democracy and promote devolution in Sri Lanka, and is active for a democratic peace/peaceful democracy in Nepal. Of course, it is not solely the Occidental who can become a naturalised Southasian – so too can the African, Arab or East Asian, just as a Southasian can be African, North American and European.

Southasia is not a romantic ideal. In myriad concrete ways, the achievement of a Southasian identity will lead to improved livelihoods for hundreds of millions, the peace dividend leading to economic efficiency and growth, social transformation and cultural advancement. But it is beginning to look as though native Southasians might not be up to the task of creating a Southasia – an amorphous entity with soft edges that includes the nation-states but is much more than that. As such, we might need the help of the non-natives.

Which brings me to the ‘foreign hand’ – a limb that has been denigrated throughout the modern era, often without cause, whenever a demagogue and his intelligence service need to consolidate internal control. But if I were to speak for Southasia as a whole (as opposed to a Pakistan, India or Sri Lanka), I would welcome the foreign hand. The type of foreign hand – the individual philanthropist, scholar, writer, journalist or activist – who would help Southasia to rediscover its regionalism.