Readers who have a Hindostani (Hindi-Urdu) heritage will have no difficulty following those exclamations, but they never stop and consider that these are alien terms to those from the Southasian South, whose categories of population do not fall within the Hindostani umbrella or its shadow. 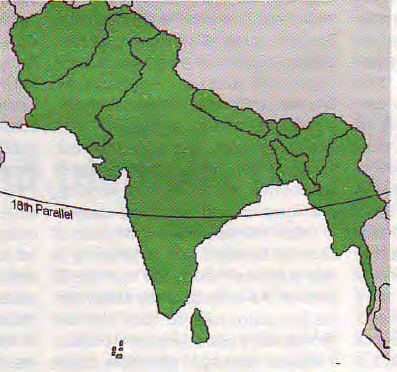 Not only North India and Pakistan, but the entire Southasian North, with linguistic affinity to Hindostani (including Bangla, Nepali and Akhomia in that Perso-Sanskritik fold), form part of the demography which will understand an arreh (‘now, hold on’) or a zindabaad or murdabaad (‘up with, down with’). Besides, they have been exposed to Hindostani films and television for so long that they do not think twice in saying ‘haan’ or ‘achha’ to indicate agreement. Things are completely different for the South Southasian, and the quicker those in the north know this, the better.

When SAARC conclaves are held, large or small, there is a subconscious bonding between those who come from the Indus, Ganga and Lower Brahmaputra/Jamuna watersheds. Whether you are Kashmiri or Bangladeshi, you will accept the other person’s Arreh bhai! or O sahab! over the dinner table without batting a Northern eyelid. There is a taking-for-granted condescension inherent in the descent to Hindostani, which takes the Maldivian, Sinhalese or Malayali for granted.

All this, by way of introducing the topic of the day: all of Southasia’s problems seem to emanate from the north. If the future of our region were to be left not to the Delhis, Islamabads and Dhakas, but to the societies who drink the waters of the Kaveri, Godavari and Mahaweli, we would probably have had a differently evolved Southasia. SAARC would today be a strong organisation striding the world stage, putting the ASEANS and the OAUs to shame, and the SAARC Secretariat would be a spic-and-span glass tower of sky-scraping dimensions, with suited-booted modern babus (another North Southasian term) rushing hither and yon – rather than the sad, dank two-storey structure of today, without central heating in the Kathmandu winter, and serving as nothing more than a conference servicing centre.

And so the proposal, that organising Southasian regionalism be left to the region south of the 18th parallel. Look at all that would happen: Kashmir would stop being a festering wound, no one would be talking of river-linking, the barbed-wire and steel pylons would be dismantled on the India-Pakistan and India-Bangladesh frontiers, Afghanistan would be trading with India through Pakistan, Bangladeshi natural gas would sell in India, the same for Nepali hydroelectricity, and ‘crossborder militancy’ would end.

“Learn from the South” should be the rallying cry for the Southasian future. The SAARC summit, when it is finally organised in Delhi, we hope in April, must think out of the box. To begin with, let us do away with the pretentious speeches, including the umpteenth one by Mohammed Abdul Gayoom, who has been there from the start even as kings, presidents and prime ministers have died around him, been exiled or entered crotchety retirement.

What the Fourteenth SAARC Summit should do when Theeru Manmohan picks up the chairman’s gavel in New Delhi is to do away with all the embarrassing pomp and ceremony of the summits past. No more long speeches – every summitteer president, dictator or interim prime minister to be limited to five minutes each. Then, announce a “Learn from the South Southasia Plan of Action”, which would be guided by the need to “take lessons from the Kavery, Godavari and Mahaweli watersheds and assorted atolls and islands, in the understanding that the linguistic diversity and the absence of Hindostani hegemony has meant that the southern society has less historical baggage, less hierarchy and more collaborative processes, which will lead to better regional relationships in Southasia and, ultimately, the ability to achieve the Millennium Development Goals…”

If we can do that, we will finally be heading towards the Southasian Century. Kya baat! Ooops!