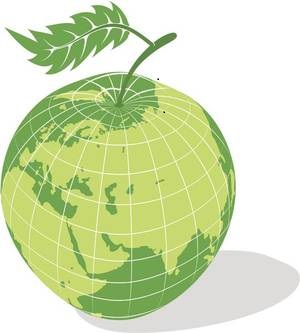 Cross-border environmentalism is crucial for South Asia, but India is not inclined to take the lead

Ecological ruin is on a gallop across South Asia, with life and livelihood of nearly a quarter of the world’s population affected. Yet, our polities are able to neither fathom nor address the degradation. The distress is paramount in the northern half of the subcontinent, roping in the swathe from the Brahmaputra basin to the Indus-Ganga plain.

Within each country, with politics dancing to the tune of populist consumerism, nature is without a guardian. The erosion of civility in geopolitics keeps South Asian societies apart when people should be joining hands across borders to save our common ground.

Because wildlife, disease vectors, aerosols and river flows do not respect national boundaries, the environmental trends must perforce be discussed at the regional inter-country level. As the largest nation-state of our region, and the biggest polluter whose population is the most vulnerable, India needs to be alert to the dangerous drift.

China has been resolutely tackling air pollution and promoting clean energy. But while Beijing’s centralised governance mandates environmentalism-by-decree, the subcontinental realities demand civic participation for sustainability to work. Unfortunately, despite being a vast democracy where people power should be in the driving seat, the Indian state not only neglects its own realm, it does not take the lead on cross-border environmentalism.

Thus, Bihar is helping destroy the Chure/Siwalik range of Nepal to feed the construction industry’s demand for boulders and conglomerate, even though this hurts Bihar itself through greater floods, desertification and aquifer depletion. Air pollution is strangling the denizens of Lahore, New Delhi, Kathmandu and Dhaka alike, but there is no collaboration. Wildlife corridors across States, provinces and countries are becoming constricted by the day, but we look the other way.

The UN Environment Programme (UNEP) has chosen India to be the ‘host country’ to mark World Environment Day today. But when will New Delhi rise to connect the dots between representative democracy and ecological sanity?

Truth be told, the environment ministry is invariably the least empowered in the major countries of South Asia, without clout vis-à-vis line ministries, and unable to coordinate the ecological response. Governments were content once to regard environmental protection as synonymous with wildlife protection. Today they stand unprepared when the challenges have greatly multiplied and deepened.

There is distress across the ecological spectrum, but one need only study the rivers and the atmosphere to track the inaction of governments and our weakened activism. On water, the subcontinent is running out of the resource due to the demands of industrialisation and urbanisation, and continuation of the colonial-era irrigation model based on flooding the fields.

The economic and demographic forces are arrayed against the rivers and their right-of-way. In the hills, the Ganga in Uttarakhand and the Teesta of Sikkim are representative of rivers that have been converted into dry boulder tracts by ‘cascades’ of run-of-river hydroelectric schemes. The same fate now threatens the rivers of Nepal and India’s Northeast, while the tributaries of the Indus were ‘done in’ decades ago through water diversion.

Everywhere, natural drainage is destroyed by highways and railway tracks elevated above the flood line, and bunds encircling towns and cities. Reduced flows and urban/industrial effluents have converted our great rivers into sewers. We refuse to consider drip irrigation as a solution just as we fail to acknowledge that the rivers are made to carry hundreds of tonnes of plastics daily into the Bay of Bengal and the Arabian Sea.

While underground aquifers are exploited to exhaustion, the popular ‘river-training’ prescription imprisons our rivers within embankments, according to the inherited Western engineering canon that does not factor in the natural silt carried by rivers of the Himalaya. The would-be high-dam builders have not adequately studied the phenomenon of Himalayan cloudbursts, nor do they find it necessary to address the question: how do you de-silt a deep reservoir when it fills up with sand and mud?

Sadly, activists in Bihar and elsewhere who propose the ecologically sound ethos of ‘living with the flood’ have been relegated to the media backwater. They need to be heard, for the Ganga plains are densely populated for the very reason that the natural meanderings of rivers spread the largesse of loess across the land — silt that is now locked away between dykes.

As the UNEP will be the first to insist, climate change is introducing massive disturbances to South Asia, most notably from the rise of sea levels. The entire Indian Ocean coastline will be affected, but the hardest hit will be the densely populated deltas where the Indus, the Irrawaddy and the Ganga-Brahmaputra meet the sea.

The climate change discourse has not evolved enough to address the tens of millions of ‘climate refugees’ who will en masse move inland, paying scarce heed to national boundaries in the search for survival. To understand this imminent phenomenon, one may recall what the Farakka Barrage did to livelihoods in downstream Bangladesh, causing the flood of ‘undocumented aliens’ in India.

The retreat of the Himalayan glaciers is jeopardising the perennial nature of our rivers and climate scientists are now zeroing in on the ‘atmospheric brown cloud’ to explain the excessive melting of snows in the central Himalaya. This high altitude haze covers the Indo-Gangetic plains for much of the dry season and penetrates deep into the high valleys.

This cloud is made up of ‘black carbon’ containing soot and smog sent up by stubble burning, wood fires, smokestacks and fossil fuel exhaust, as well as dust kicked up by winter agriculture, vehicles and wind. It rises up over the plains and some of it settles on Himalayan snow and ice, which absorb heat and melt that much faster. It is no longer anecdotal that the icefalls of the Himalaya could before long transform into waterfalls.

Like the ‘brown cloud’, the policy-makers are yet to consider the seet lahar, the ground-hugging fog that engulfs the subcontinent’s northern plains for ever-extended periods in winter, a result of the spread of canal irrigation and simultaneous increase in the presence of particulate matter in the air. This inattention to the indescribable distress of millions of the poorest and shelter-less of the plains is hard to comprehend.

A new kind of Chipko

When environmental impact assessments have become a ritualistic farce in each country and governments react with great prejudice against environmental activists, it is little wonder that the Chipko Movement of Uttarakhand is erased from memory. Today, environmental activists all over tend to be lampooned in the media and social media as anti-national, anti-development saboteurs.

Meanwhile, the task of preserving the forests and landscapes has mostly been relegated to the indigenous communities. You will have the Adivasi communities of the Deccan organising to save ancestral forests, and the indigenous Lepcha fighting against the odds to protect the upper reaches of the Teesta. The urban middle class is not visible in environmentalism, other than in ‘beautification projects’.

Perhaps we have been foolhardy in waiting for another Chipko to emerge, and the changed times may require new approaches. Tomorrow’s activists must work to quantify the economic losses of environmental destruction and get local institutions to act on their ownership of natural resources. The activists must harness information technology so as to engage with the public and to override political frontiers, and they must creatively use the power of the market itself to counter non-sustainable interventions.

As we have seen, the highs of environmental movements are invariably followed by lows, and so to exit the cycle what is needed is an “environmental system” inbuilt into the infrastructure of state and society. Work towards ecological sustainability must go beyond ritual, with the path seeming to lie in the empowerment of local government all over. Elected representatives in cities and districts must be challenged to emerge as the bulwark of environmentalism even as the provincial and national governments are asked to rise to their regulatory responsibilities.

When ‘organic environmentalism’ rises from the grassroots and makes state authority accountable, South Asia and its peoples will be protected. At that point, no force will be able to stop activism across the frontiers and South Asia will begin to tackle pollution and dislocation as one.