I.A. Rehman is journalist and chair of the Human Rights Commission of Pakistan as well as of the Pakistan-India Peoples’ Forum for Peace and Democracy. He was interviewed by Kanak Mani Dixit.

Who is to be blamed for the continuing distance between South Asian peoples?

The ruling elite of South Asia, in whose interest it is to keep the people of the region apart. The elite would like to erase all history. You see, when politics was communalised, history too got communalised. Some of the seeds of confrontation were of course sown by the British themselves. To my mind, successive governments of India and Pakistan have been following the politics of the early 1930s. Instead of making a clean break from the troubled past, they want that past to be alive. 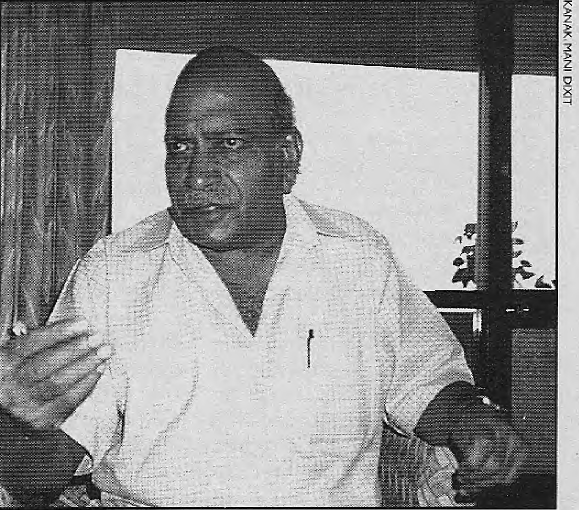 At the turn of century, India represented a unity of people with a shared history and a common purpose of ousting alien rulers. People subscribing to different religions had lived together for many centuries and a considerable cultural intermingling had taken place. Back then, to my mind, there was something like an Indian people, an Indian character, and something like an Indian hope. Unfortunately, the failure of the political leadership in the third decade of this century led the people of India up the path of mutual hatred.

Do you see some kind of federation as the ultimate future of the South Asian countries?

We should not jump the gun, for when we do so we alarm those in the establishment. Firstly, we have the difficult task of convincing the custodians of power that their confrontationist attitude, which ignores the geographical, cultural and economic pulls within the region, actually does grave harm to their own long-term interests. The inter-state conflicts have drained our societies of so much resources. If these conflicts were resolved, the elites themselves would be more honestly and securely ensconced in power. Today, they all rule by usurpation and imposition rather than by popular will. We should have been building schools, hospitals and industries rather than lapsing into this stupidity of testing nuclear devices.

The ruling elite of our countries have created such a cage for themselves and their societies, inventing disputes and keeping them alive, distorting the history books, destroying the education system, creating refugee problems, and making it difficult for us to talk to each other or meet each other. They will start air services but for the ordinary person, railway travel is ever-more difficult. Postcards will not reach their destinations in India or Pakistan, but the rich can always pick up the phone and dial Karachi or Bombay. A poor family in Karachi has to travel a thousand miles overland to get an Indian visa, but the Karachi rich have no problem in flying to New Delhi to buy dahej [dowry] for their daughter’s wedding. SAARC promises no visa requirement if you are an MP or a judge of the high court, but they come from the very category of people responsible for creating the confrontation amongst us!

So who would you ease the visa requirements for?

For school children! Why should they need visas to go on tours from Pakistan to India, from India to Bangladesh? The only fear of the establishment is that the children will discover that the hatred inculcated by the history books has no basis in fact.

Who are the ruling elites that you refer to?

Firstly, there are the politicians. Those who have forgotten how to compete on a positive platform and, for sheer survival, have to create hot spots and flashpoints where there are none. Then there is the civil and military bureaucracy, among whom there is also a vested interest in defence spending. As far as businessmen are concerned, many have surrendered to state patronage. In Pakistan, for example, there is no genuine industrial bourgeoisie, and all industry and trade have developed and been diverted elsewhere on the premise that Pakistan and India will never be friends. Normal trade and economic relations, therefore, are not in the interest of such vested business interests. The system of patronage would change.

Who are the other culprits?

Academia is part of the problem, for the direct and indirect control by government has brought most scholarship to heel. Academics do not feel free to express themselves, and there are some countries where the law prohibits university professors from expressing opinions on matters of the day. As far as the press is concerned, it is also part of the problem when the newspapers only publish what is bad about the neighbouring country.

Are there not some good trends in the media?

Yes, satellite television, for all its problems, is helping in demolishing some of the mutual myths. This is help from an unexpected quarter, for the electronic media is helping Indians, Pakistanis and Bangladeshis understand their neighbours. I would only hope that these channels will soon be available to enterprising people who can uplink truly South Asian programmes. This would also help do away with some of the vulgarity that we see at the moment. Meanwhile, I have heard that a Punjabi channel is to be launched, which is sure to bring the population on the two sides of the India-Pakistan border a little closer. This will have a good impact on all of South Asia.

Where did we take the wrong turn in the Subcontinent?

In the decade of the 1950s, the countries of South Asia were still finding their way into the future. It was in the 1960s that the opportunity was missed. A fundamental mistake was made in attaching ourselves to distant power blocs instead of discovering commonalities nearer to home. The Cold War and the power game made us more and more dependent on overseas patrons, and our freedom was compromised.

The 1960s therefore was the period of definitive break. You see, when problems arise among societies, the sooner they are resolved the better. With the passage of time, they become more and more chronic. Between India and Pakistan, whenever we had some agreements, such as the Nehru-Ayub agreement, or the Nehru-Liaquat agreement, or the Shimla agreement, we did not sincerely follow them up. Even when the two governments were negotiating settlement, they were telling their own peoples, “No, no settlement.”

How will you undo the five decades of extreme nationalist education?

That is a tragedy and a challenge. We have been living in enclosed wells, unable to look at each other in the eye. We have been so status-quo oriented, we cannot look beyond our noses.

The younger generation does not have any experience other than that of being Indian, Bangladeshi or Pakistani. We can begin to reverse this trend, firstly, by writing a common history of South Asia. This history would expunge all the hate material inserted by vested interests. We should open places for South Asian students in each other’s colleges and universities. A South Asian Open University is needed.

Non-politicised professionals should meet. Pakistani farmers in the Punjab want to know why their kin across the border have done so well. When there is waterlogging and salinity, why should advisers come from overseas rather than from Rajasthan? They want hotlines to London and Washington DC, whereas we need hotlines between Lahore and Bombay to treat cancer patients effectively.

Those seeking regional rapprochement are accused of being romantics.

I do not think we are romantics. For example, in the India-Pakistan people-to-people dialogues we do not only embrace and shake hands, we also discuss nuclear war, Kashmir, disarmament, communalism, sectarianism and good governance. It is not being romantic to work towards democratic governance and rule of law.

I have had personal experience of sitting with people in the power structure – politicians, bureaucrats, retired military officers – and talking of South Asia, India and Pakistan. They, too, have come to realise that the headlines they make are transient, whereas a people-to-people dialogue is all about building the future. In our work, we have come to realise that those in the power structure are actually helpless, prisoners of their own creation. So the people have the responsibility of taking the politicians off the hook. We have to prepare the ground so that the prime ministers of India and Pakistan will not be afraid that if they make peace they will be thrown out of office.

What are your own plans in the days ahead?

More than anything else, we should work to increase each country’s stake in the other’s economic and political stability. We have been foolish enough to believe that if India gets weaker, Pakistan gains. This is a fallacy, for it is absolutely in the interest of Pakistan to have a representative, secular, democratic and stable India. It is also necessary for India to have a stable, secular, democratic Pakistan. We should hardly be waiting for our neighbours to collapse and die.

We are bent on creating a public lobbying force to get over the initial hurdle of elite interest which is holding our long-term interests hostage. Creating this public opinion is not as difficult as some think, for the desire to communicate is there very close to the surface. We have seen that whenever the state lowers its guard, the people immediately respond. When you open up the possibilities, the public responds immediately and overwhelmingly.

Of course there are roadblocks created by the state machinery and the media which is dependent on the establishment’s favours. In India and Pakistan, the papers have become political ideologues, promoting certain political interests and the material interests of publishers and editors. And so they find it easy to distort and caricature the people-to-people initiatives.

Is it true that India does not need a South Asian community as much as its neighbours?

f course India needs its neigh-bours. The combined weight of South Asia is such that an ascendant South Asia will make an impact worldwide. And because each country will benefit according to its size and weight, Indian stands to gain immensely. Also, when all the neighbours benefit, imagine the economic fallout for India’s states and regions which are adjacent to these countries!

That India is too big is a fallacy which is going to cost it, for it immediately creates a sense that a big country must spend on a large defence force, it must have so many nuclear weapons of such size, and so on. Who will this logic hurt but the people of India.

Is there a difference between SAARC’s view of South Asia and the so-called people’s view?

SAARC is still an organisation of reluctant members. It has not been able to do even what it has set out to do. They may sign formal agreements and make promises on agriculture or on the girl child, but they do not have the mechanism to implement. SAARC is not a functioning organisation, as a cooperative clearing house or promoter of understanding. It is there, it should continue, but much more is required by South Asia.