Why do Nepali commentators not feel the need to express their opinion on the Palestinian intifada, Govinda Mainali in a Japanese jail, or the Uttar Pradesh elections?

Kathmandu’s armchair analysts feel little reason to express their opinion on international affairs. They ignore even the ones that have a bearing on Nepal. We are content with news provided by the international satellite channels, the discussions held on Star TV or Aaj Tak, and op-ed analyses in the New Delhi papers that arrive every evening on IC 813. 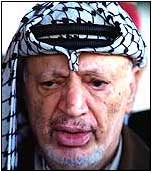 There is little need felt to pass comment (or judgement) on international and South Asian issues. For example, to take something close at hand, you will be hard put to find a columnist who maintains a position on the political developments or economic trends within the Tibetan Autonomous Region. We keep mum when we should be protesting when the Nepal Police interdicts Tibetans coming over the high passes on their way to Dharamshala as pilgrim-refugees. Our analysts do not ask why the Dalai Lama cannot visit the birthplace of Siddhartha Gautam.

When it comes to India, the pandits mouth the identical \’nationalist’ views heard from the political party pulpits. You would be hard-pressed to locate an India-watcher in Nepali academe, even though our economy and polity is dominated by the southern neighbour. Do not expect the Kathmandu analyst to write on the results of the recent Uttar Pradesh Assembly elections, or the possible impact of Ayodhya violence on the Nepal tarai.

We are fixated on New Delhi as a supposed equal, but do little to challenge the so-called Nepal-experts in New Delhi, mostly self-important academics who do not keep up-to-date with the country’s wildly changing political landscape. Nepali academics profess to loathe these talking heads, but then they do precious little to make themselves heard by the Indian opinion-making classes. When was the last time a Nepali professor published in a New Delhi weekly or daily?

The homework is just not there. For decades, the opinon-makers roared on the need to rescind or renegotiate the 1950 Treaty of Peace and Friendship with India. But the moment the Indian government (under I.K. Gujral) agreed to discuss the treaty, all our resolve disappeared and we ran for cover. After all, it is unclear whether we would indeed benefit – under present conditions of underdevelopment – if the equal treatment clause and the open border were to be tampered with.

(“Okay, tell me what you want to do with it,” Gujral asked the diggaj gathered at the Nepal Council of World Affairs, when challenged on the treaty. He was greeted with pin drop silence.)

On geo-political discourse, we are still at the stage of valourising Nalapani, claiming that Lumbini is ours (even though no one is really taking it away from us), taking pride in being the land of Buddha (even though peace is here no more), and pointing to Mount Everest as our own (forgetting, conveniently, that half of it is owned by Tibet/China). Inconvenient facts, we prefer to push under the mind’s carpet, such as Nepal being the one country in SAARC that allows its citizens to fight in another member country’s army against a third member country. 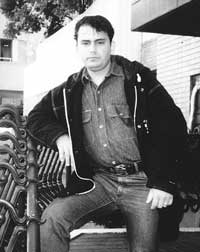 If there is so little being said on Nepal-India issues, there are even fewer grey cells being exercised on other trends in India or elsewhere in South Asia. The opinion of others is considered sufficient, for example, on the peace-building in progress in Sri Lanka, on post-Godhra Gujarat, or on Kashmir violence. The Nepali intelligentsia has not developed an anti-nuclear proliferation agenda even though we would be the first to be irradiated by even a limited nuclear exchange between Islamabad and New Delhi.

To move on to Bhutan, there is no Kathmandu academic who has specialised on the Lhotshampa issue since it flared. Ten years of continuing crisis, and not one scholarproduced – that is a poor record. Neither have we developed expertise on any of our highland neighbours: the Indian Northeast, Sikkim, Darjeeling, Uttaranchal, or Himachal Pradesh.

What is the impact of the lifting of the US garment quotas under WTO for Nepal, and how will we fare vis-?-vis, say, Bangladesh? How much of the South Asian seminar business has been siphoned off to Bangkok from Kathmandu, after the mutual banning of over-flights by India and Paksitan? What are the trends on the labour markets in the Gulf and Southeast and East Asia? Come to think of it, there is no intellectual curiosity even to identify issues abroad that should concern us?

Nepal has been a long-time friend of Israel, with which it has maintained diplomatic relations since the days when Tel Aviv was considered a pariah in much of the Third World. We therefore may have the right to upbraid the Israeli government for its ongoing inhumanity against the Palestinians, and the incredible television footage of Yasser Arafat’s person under seige. But do not hold your breath. We who make up Kathmandu’s pontificating classes do not feel up to expressing opinions on world affairs.

Turning then to Japan, where one of our own, Govinda Mainali, languishes in a Tokyo detention centre suffering miscarriage of justice. The matter of his innocence is such an open-and-shut case that activists in Japan and America-not related in any way to Nepal and Nepalis-have rallied to his cause. But in Kathmandu, there is only silence, and no attempt to make this a diplomatic incident as it should be.

Kathmandu’s opinion-makers are asleep, and most of them will not be woken from the slumber, for then they would have to express an opinion. When we have produced true \’intellectuals’ from among today’s young adults, perhaps then we can finally read in our papers about Bihar as well as Tibet, on the Kashmiris and the Lhotshampa, on Yasser Arafat and Govinda Mainali.