2 May. The government of the Maldives had decided to hold a celebration in honour of World Press Freedom Day, and had chosen a state-of-the-art slogan: ‘Press Forward Maldives’. President Maumoon Abdul Gayoom was on the dais, under a banner that proclaimed World Press Freedom, and Minister for Information Mohamad Nasheed was at the podium, emphasising the need for “free and responsible media to promote the presidential agenda for reform and democracy”.

Press freedom, declared Minister Nasheed, clearly a bright-eyed boy of the ageing president, “cannot be used to whip up divisions and disaster, cannot dehumanise and destroy the delicate fabric of our small community”. He stressed the need for professionalism and “decorum”. 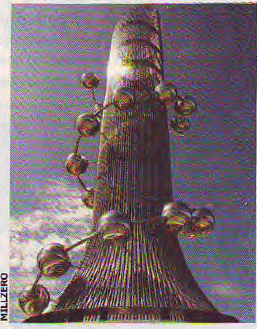 There is obviously some discontent with regard to the ‘presidential agenda’ in the atolls; and in the hall, there were some journalists present who did not want to feel all that ‘responsible’. In the back, placards were unsheathed and quietly held aloft, calling for press freedom and an end to government harassment of journalists and media organisations. It all seemed a highly civilised affair, for those of us from more-cynical northern climes, where authority is challenged with rants and raves, zindabads and murdabads.

This was said to be the first time that President Gayoom had been challenged face-to-face by dissidents in the country. It was history being made, and certainly a lot of decorum was being displayed.

President Gayoom – who has been president since back when Indira Gandhi, Morarji Desai, Ziaur Rahman, Zia ul-Haq and Birendra were still our respective prime ministers, dictators, presidents and king – eventually got up to speak. The agitators stood up and walked out single-file, about ten of them. The president pretended not to notice, and reminisced affably about his student days in Cairo. He confessed that, as a one-time pen-pusher himself back in the 1950s, he had a soft spot for journalism, and acknowledged the rising assertiveness of the Maldivian media – “even though it is overly politicised”. Quite different, evidently, from when he used to serve as editor, staff reporter and typist of the Maldivian News Bulletin and a cricket magazine.

Today, Gayoom is challenged by, among others, the fiery Aminath Najeeb, founder-editor of Minivan (‘independent’) News. Is Gayoom’s hold unravelling? He has been to the brink before this, Najeeb explains, and has managed to hold on. Previously, however, he has not had to contend with Internet activism, for one. In addition, discontent is clearly catalysing, and is bound to break through the barrier reefs that protect the Maldivian establishment. While the distance between the islands has punctured previous attempts at political activism, it is likely that the future will see dissidence based on the growing distance between comfortable Male, which sponges off the resort hotels owned by the capital’s rich, and the rest of the atolls.

Any outsider can see that beneath the serene arcs of sandbanks that define the Maldives from the air (there are around 1196 coral islands in 27 atolls), the sources of instability will come from an inability on the government’s part to deal with inequity and class differentiation, which seems to be defined not by ethnicity but by geography and distance from Male. President Gayoom is already feeling enough heat that he has hired a public-relations firm in London, to help him present a benevolent visage to the world.

Another indication that the president-since-1978 is losing his touch is the tsunami memorial that he has had put up on the seawall on the eastern side of Male island (see photo). Said to have cost a million rufiyaa (a bit more than USD 78,000), the memorial is meant to memorialise the 108 citizens who died under the big wave of December 2004. Rather than a national coming-together, however, this has turned out to be a phallic-shaped embarrassment. Although, as with most monuments, it may yet burrow its way into the national consciousness, for now people generally avert their eyes when confronted by the conglomeration of pipes, rods and balls.

“It has very little meaning to the public,” said a local architect, Mohamed Ishan Saeed, to the Haveeru daily. “To me, it is an edifice to be looked at and held in awe – as if it came down from above, and is telling you something you should know but you are ashamed to admit you haven’t a clue.” President Gayoom, too, may not have a clue about how to respond to changing times, mores and demands. There always comes a time when autocrats, whether malevolent or benevolent, begin to lose their sure touch. At this time, President Gayoom should be exchanging notes with General Musharraf.