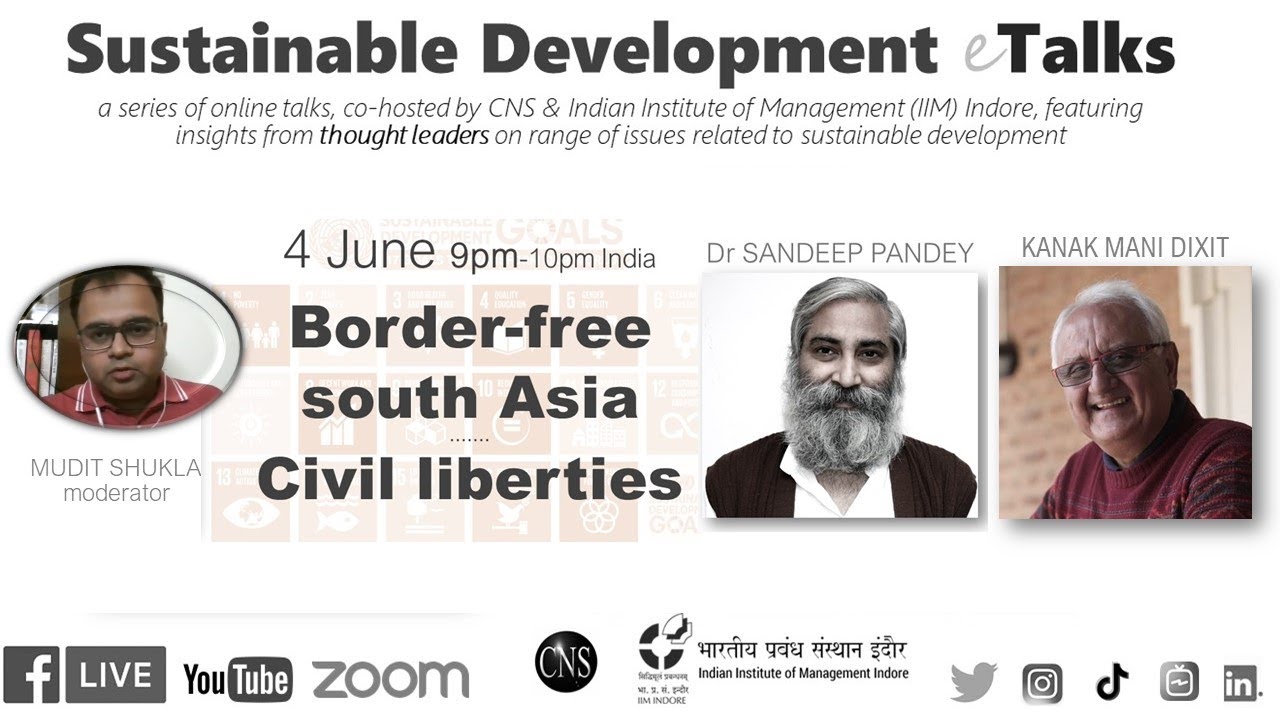 * Dr SANDEEP PANDEY is a noted Gandhian activist for almost thirty years now, and Ramon Magsaysay Awardee, who has taught in several Indian Institutes of Technology (IITs) and Indian Institutes of Management (IIMs), NALSAR, and universities in India and other countries. He has led National Alliance of People’s Movements (NAPM), co-founded Asha For Education in USA, Asha Trust in India, and Asha Parivar; and is the Vice President of Socialist Party (India) too. He did his BTech from IT-BHU, MS from Syracuse University and PhD from University of California, Berkeley. He has led several people’s struggles and social justice movements in the past three decades. Follow him on Twitter @Sandeep4Justice

* KANAK MANI DIXIT, publisher of Himal Khabarpatrika and founding Editor of Himal Southasian, has earlier taught law briefly at Tribhuvan University, and worked at the United Nations in New York between 1982 and 1990. Since then, he has pioneered the field of Southasian journalism while immersing himself in Nepali-language media. He has also been a civil rights activist, and was active in the people’s movement of 2006. He has been involved in campaign to roll back violence and work to ensure the promulgation of a democratic constitution. He also works in disability, public transport, archiving, and architectural and environmental preservation. Twitter: @KanakManiDixit

GUEST MODERATOR: Mr MUDIT SHUKLA, who is a senior engineer and #WalksTheTalk on being a very sensitive, and responsible citizen since years. Apart from his full-time work as an engineer, he has also shouldered his social responsibility as a citizen, and contributed immensely towards a just social order. Asha Parivar is one example of his dedication.