The last four minutes of conversations between the US-Bangla Flight 211 pilot at the TIA Air Traffic Control indicates a possible confusion in the mind of the pilot about the Runway 02 (the southern end) and Runway 20 (the northern end). Even as the Bombardier aircraft is on approach, the Nepali pilots of other aircraft are heard warning the ATC that the US-Bangla pilot seems disoriented and that he should be assisted by radar and taken out of harm’s way, and that the visibility in the hills is bad (‘almaliyo jasto chha’, ‘disoriented bhae jasto chha, yo kata jaala’, ‘surrounding dandakanda ma ramro chhaina visibility’).

At the very outset of the tape, the control towers is heard warning the pilot, “I say again, do not proceed towards Runway 20.” And later, he is warned to remain on hold and not to land because there is another aircraft on approach. After the Bombardier has apparently taken a right orbit, the ATC asks the pilot whether he wants to land on Runway 02 or 20. The latter responds and says “We would like to land on 20”; he is cleared to land on that end of the runway.

The Bombardier pilot is then asked if he has the runway in sight, to which he replies, “Negative”. He is asked to turn right. But then immediately thereafter, the Flight 211 pilot says “Affirmative”, that the runway is in sight. At that point the pilot says, “Cleared to land Runaway 02” (even though he had sought permission for 20). However ATC too now clears him to land on Runway 02. Meanwhile, while talking to the Army 53 aircraft which is on hold about ten kilometers away, the ATC says that the Bangladesh aircraft is “on final for 20”.

The last recorded words of the US-Bangla pilot is: “[Unintelligeble ] said sir, are we cleared to land?” After some silence, the clearly alarmed ATC controller shouts, “I say again, turn…!”. There is silence for a while, then a ‘Fire One’ calls the tower, indicating that a crash has occurred and the airport fire tender has been activated. One Nepali pilot comes on to ask if the runway is closed, and the ATC confirms, “Runway closed.” 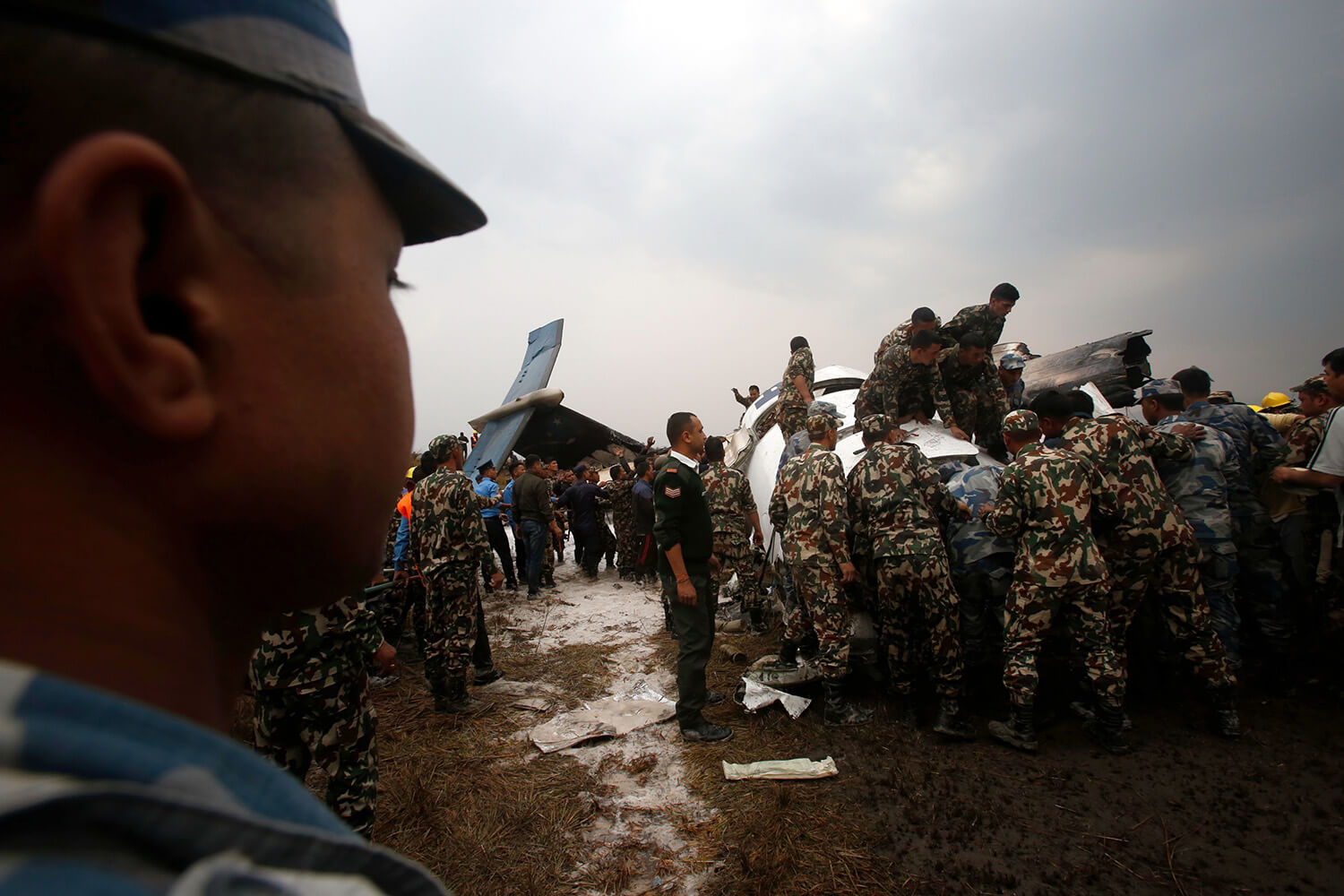 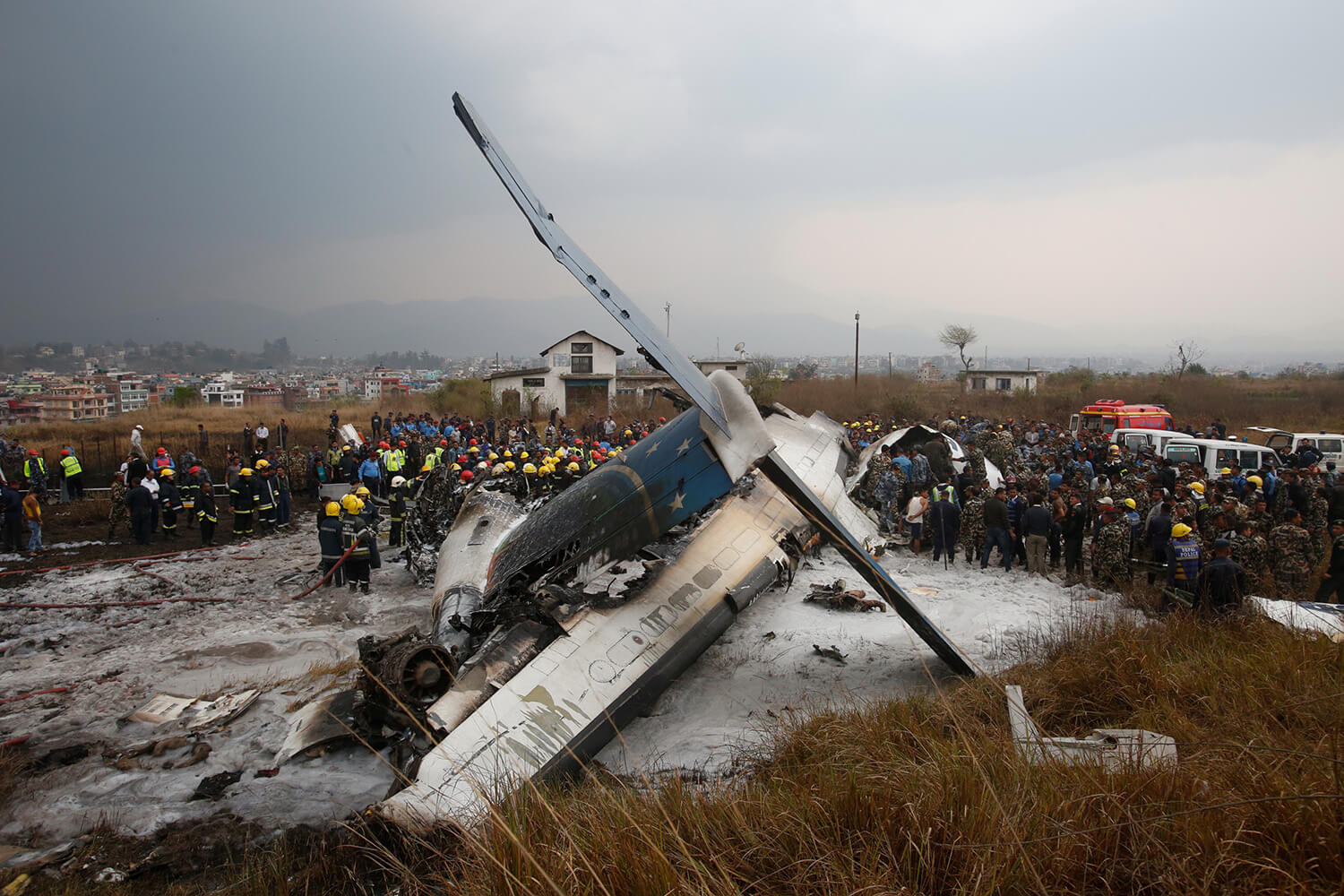 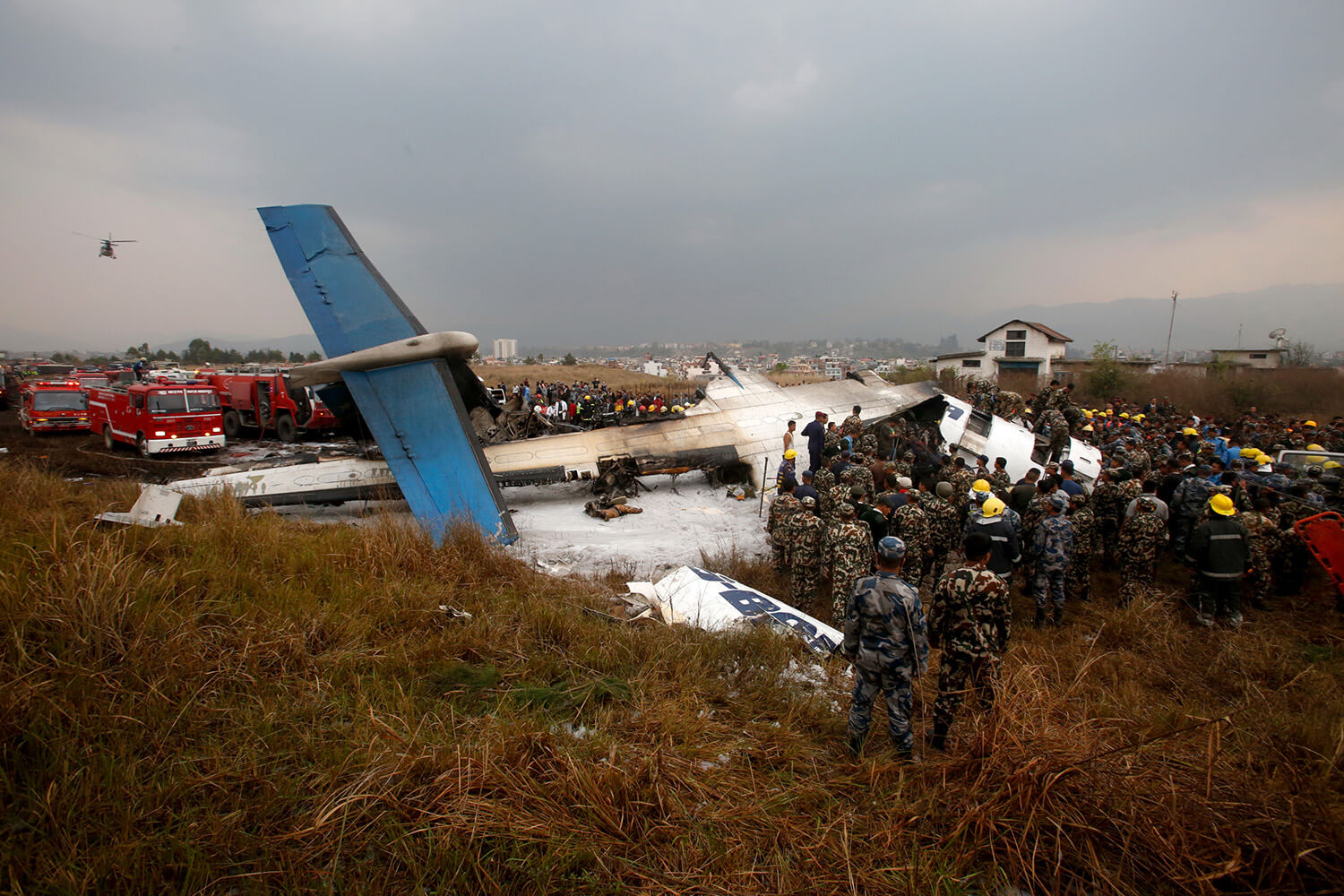 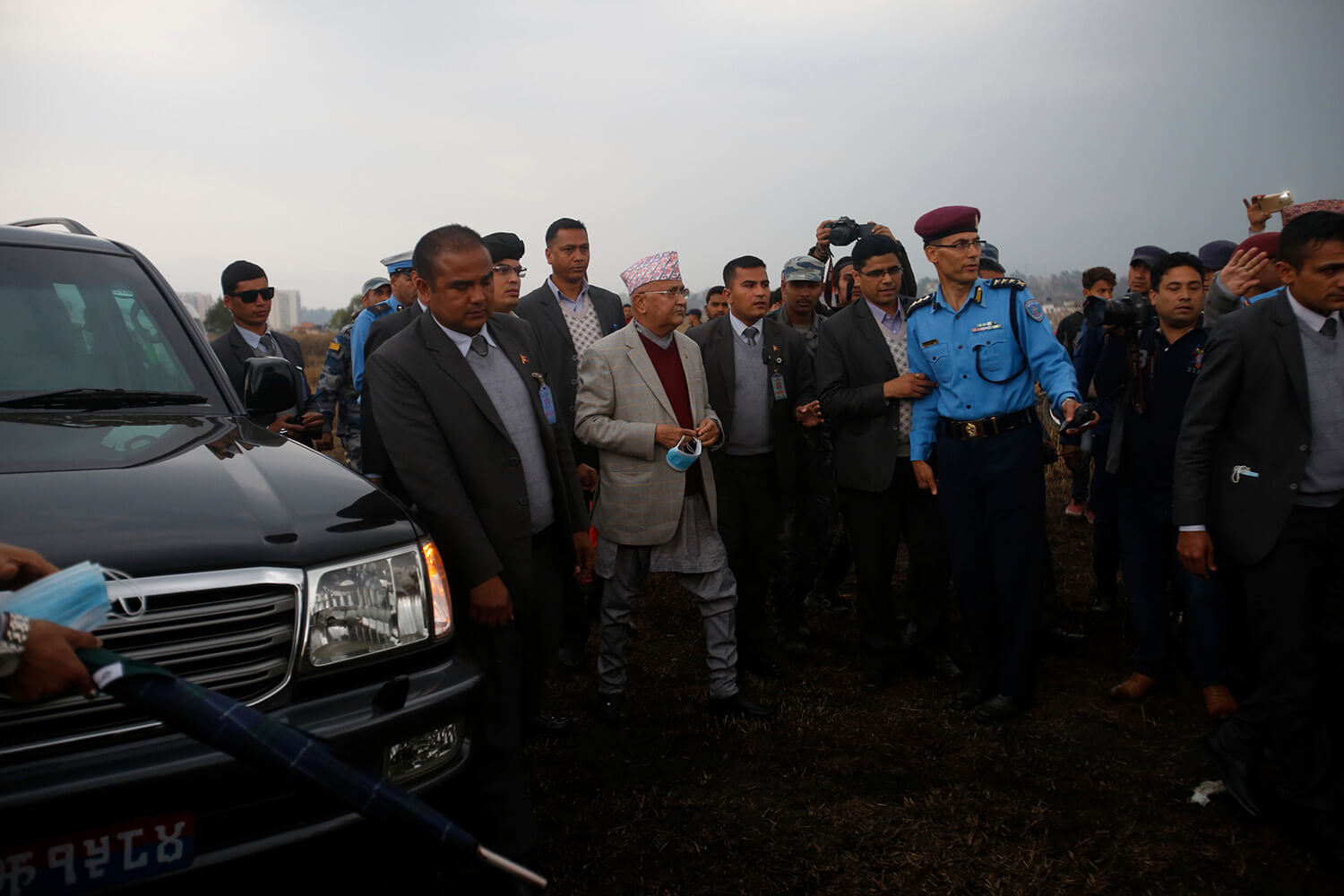 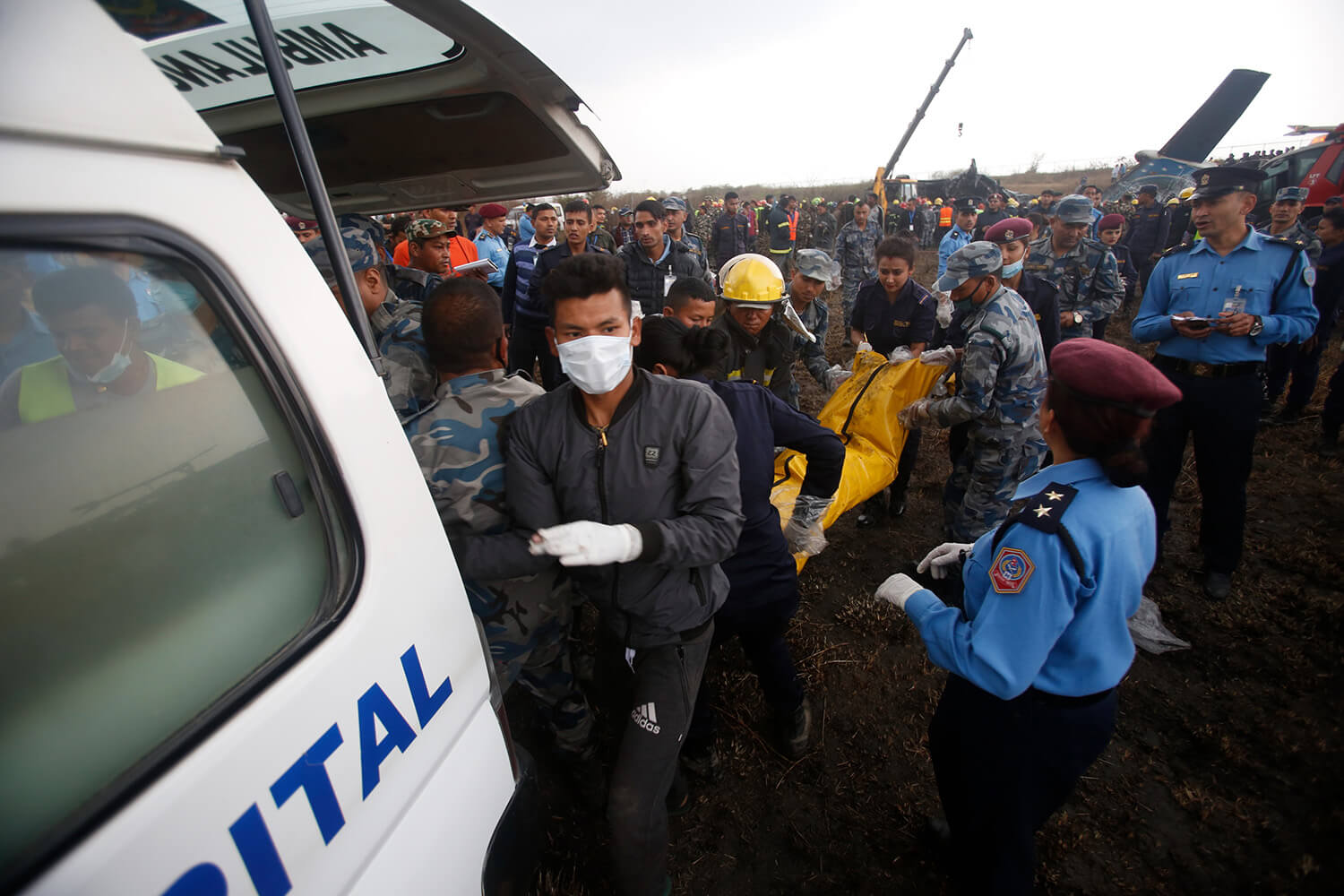 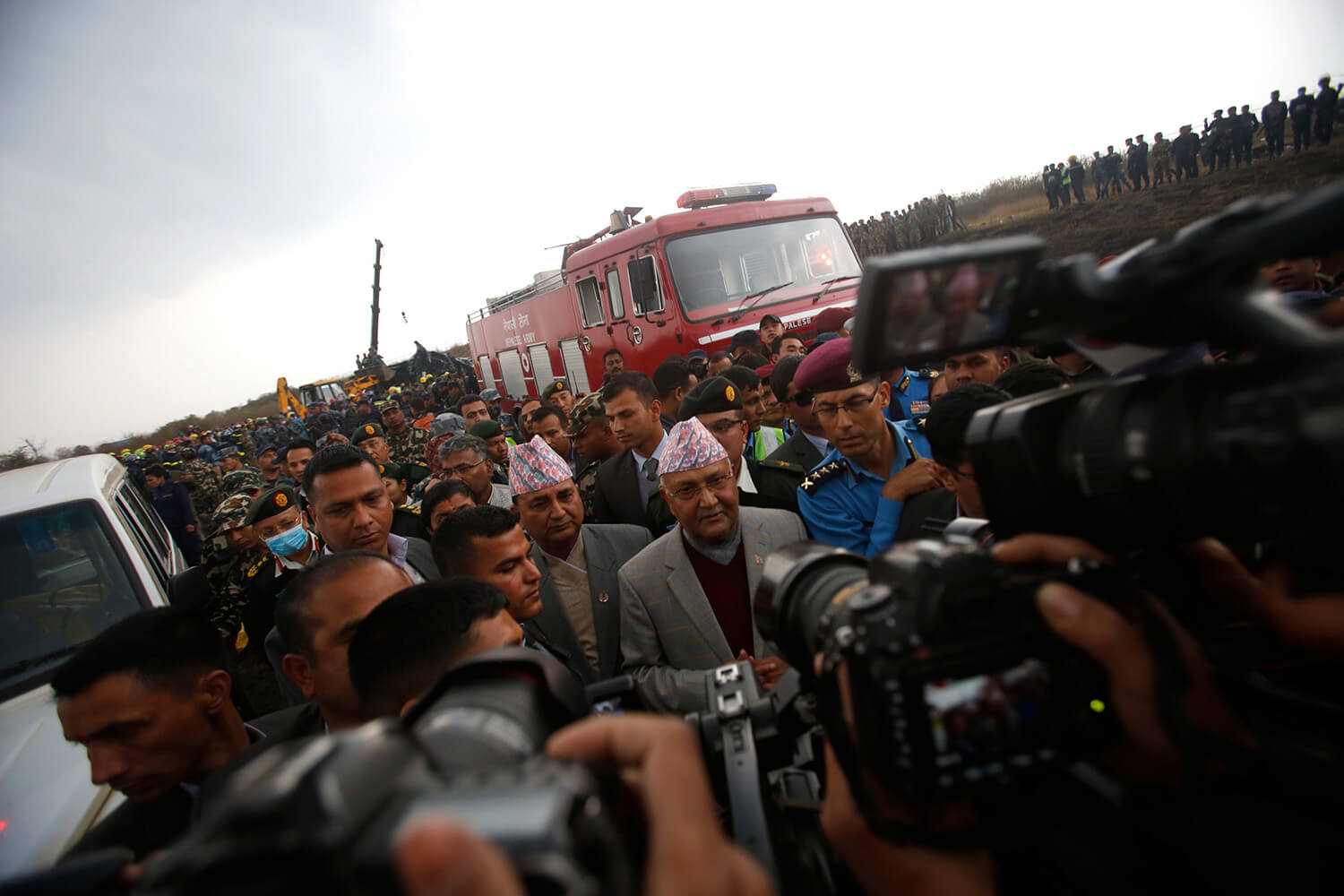 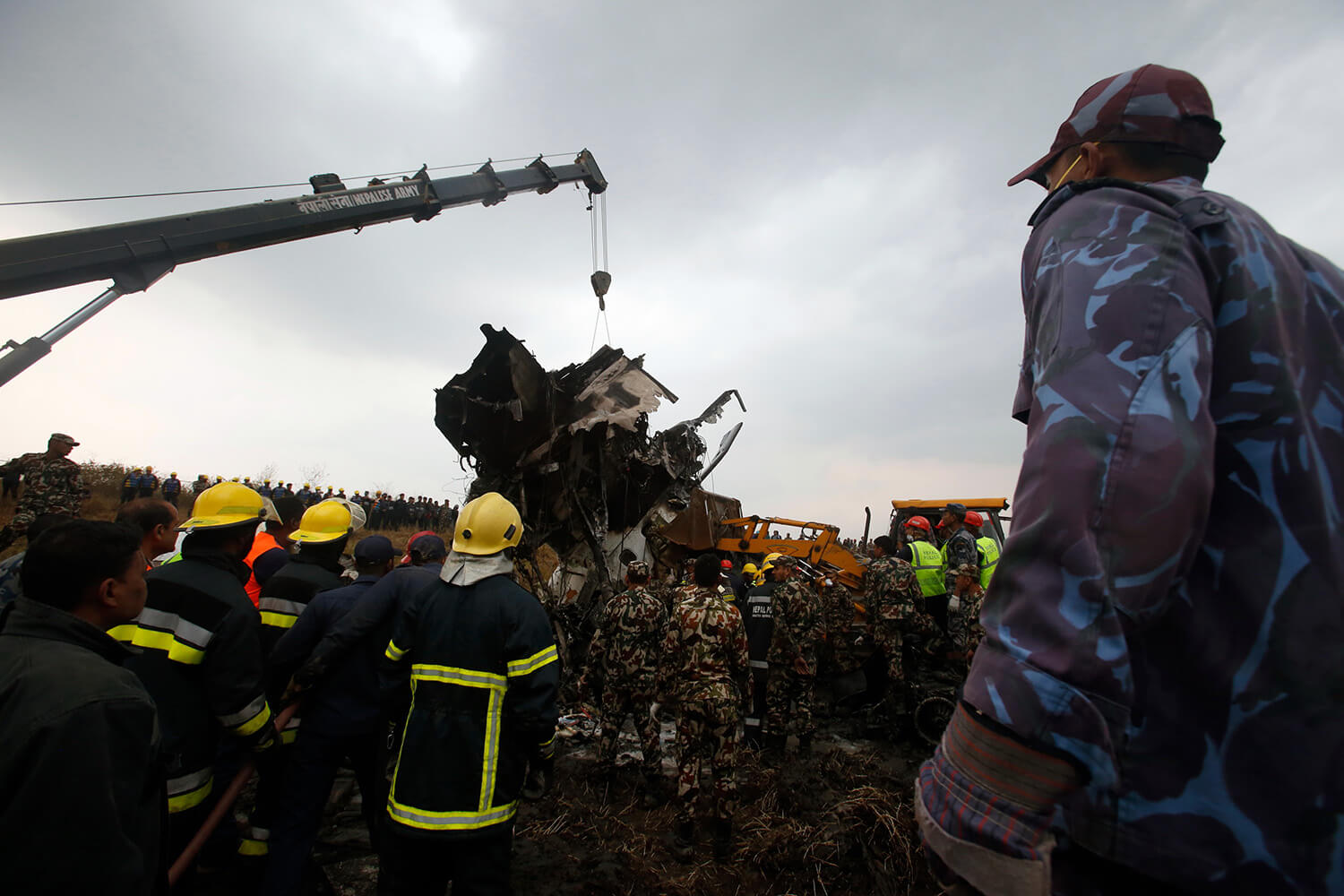 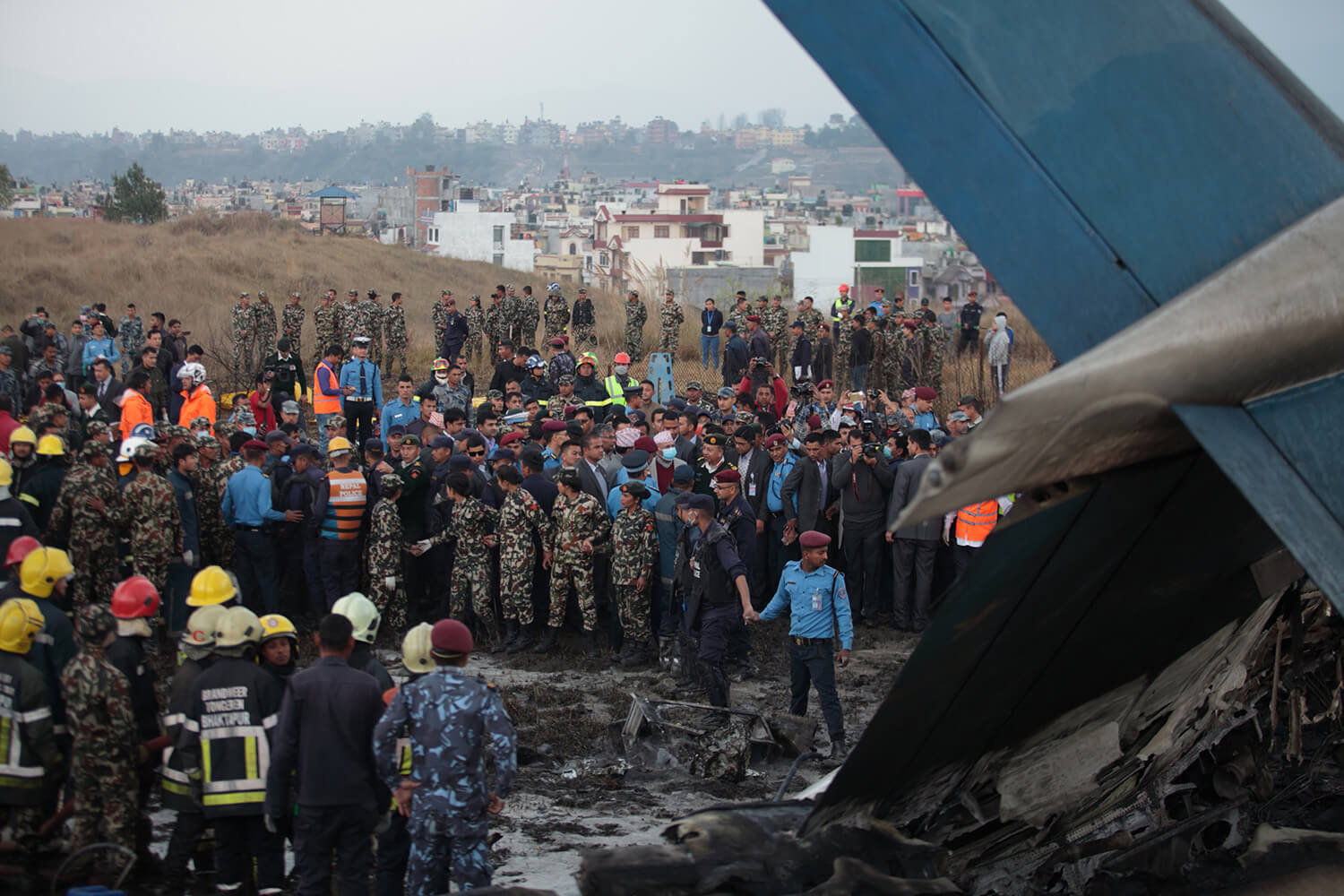 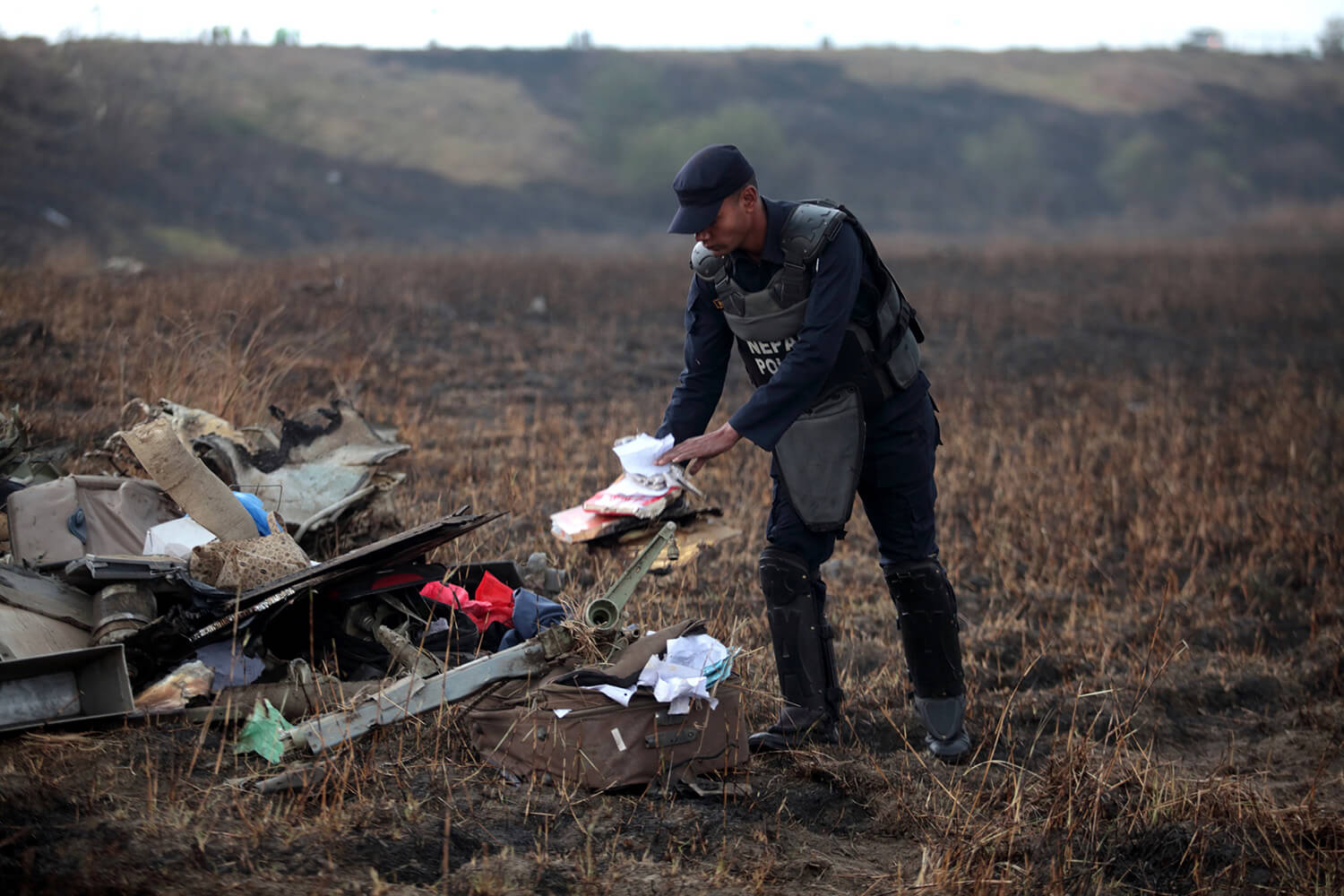 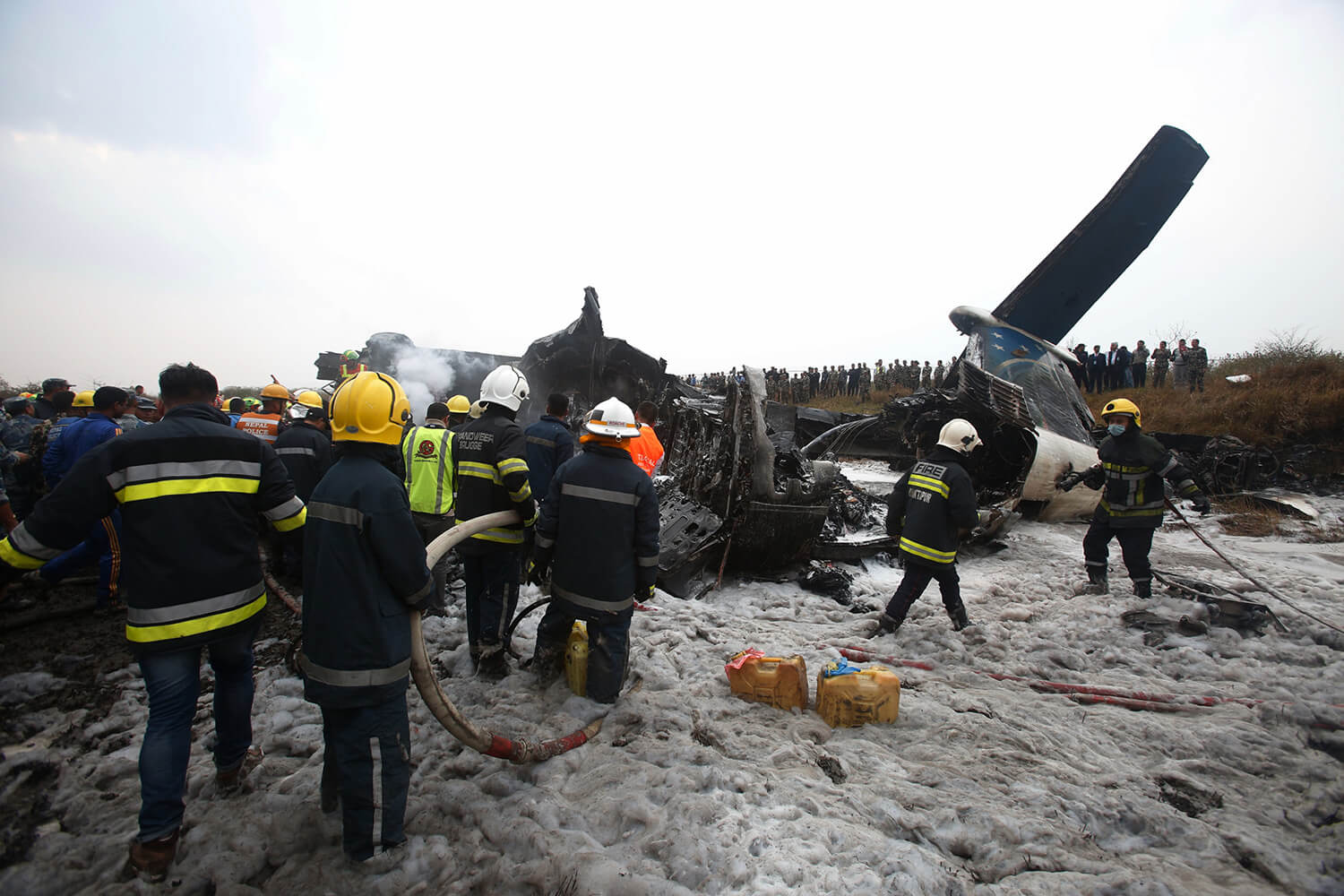 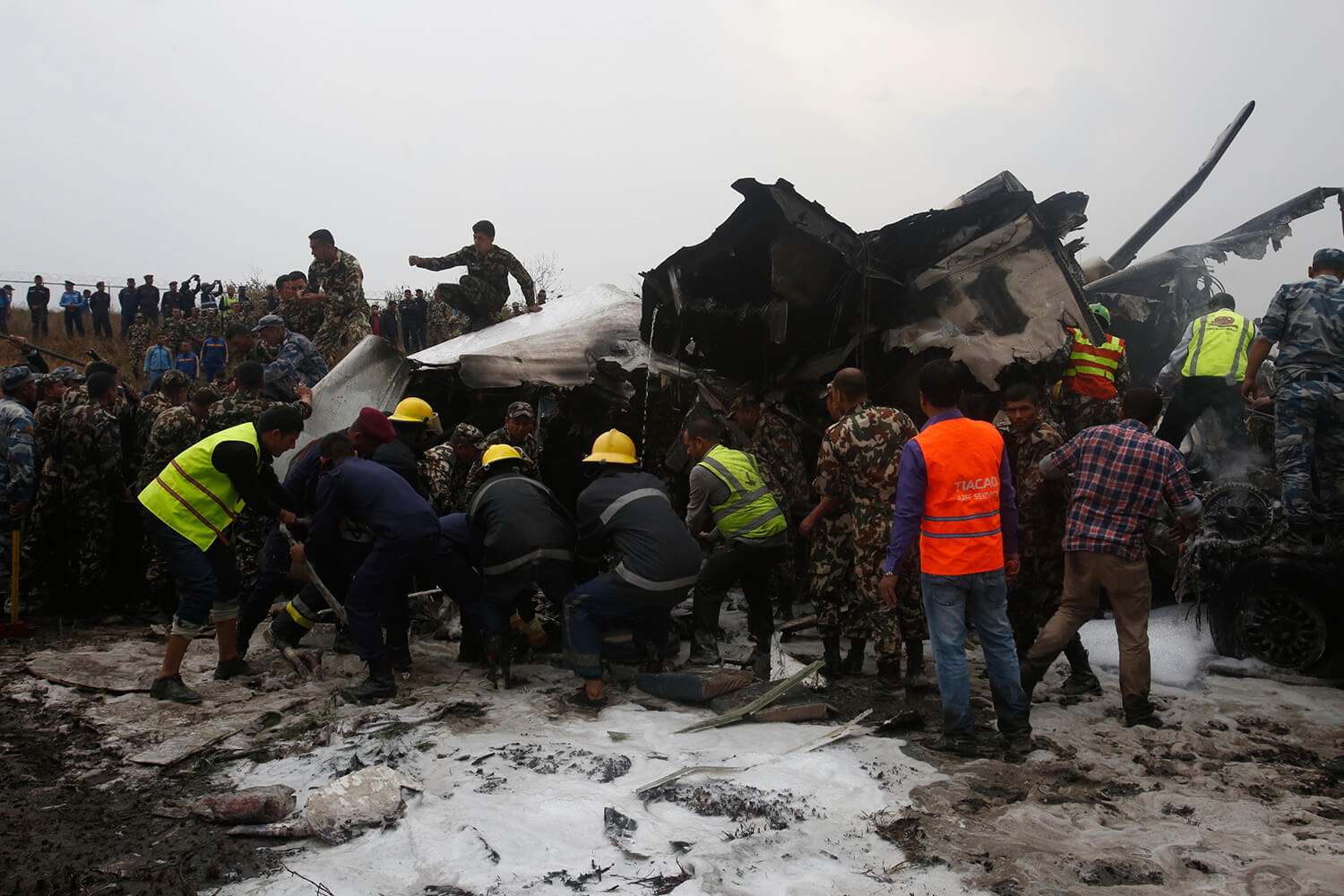