There is Old Delhi, the ancient city by the Jamuna; and there is New Delhi, built by Lutyens and the capital of the Raj, just in time to be intercepted and utilised by the new rulers of Independent India. Then there is old Delhi and new Delhi in lower caps. The old Delhi of grandfather-in-law Nehru, mother-in-law Indira and husband Rajiv is now being quickly overtaken by the new Delhi of Sonia Gandhi. The power centre of India is now is her residence at 10 Janpath in the new New Delhi; and the chief of staff within the visage of Ahmed Patel, loyalist politico from Gujarat. 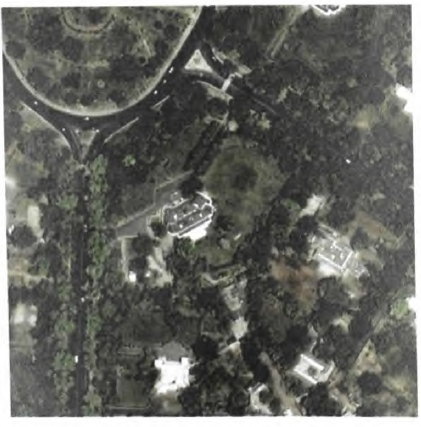 Sitting here in the departure lounge of the IGIA in Delhi, the airport built around what was once Palam village, one gets the sense of the growing power and self-confidence of the capital of Bharat. The profits from the ‘Shining India’ part of the Indian economy have gone to prop up the capital region, throwing up infrastructure, jacking up real-estate prices, and giving a sense of super-confidence to the professionals here. Indeed, there is an air of satisfaction among the entire spectrum of adjacent entrepreneurs, scholars, journalists and activists – that they did good by locating themselves in the Delhi area, which of course includes Noida in Uttar Pradesh and Gurgaon in Haryana.

This sense of satisfaction derives from the fact that Delhi is the political capital, where the vast majority of India’s powerful live or congregate. India’s is a polity that is federal only in name, and its centralising tendencies have been buttressed once again by the decisive win of the Congress party of Sonia and Manmohan in the general elections of last April and May.

Delhi is presently in the process of consolidating its power and international centrality by adding two elements to its infrastructure: a spanking-new air terminal and associated runaways, being built by the fast-rising conglomerate GMR; and a subway network that is spreading its veins from the northern reaches beyond Delhi University to Gurgaon and Noida.

Flying out of IGIA, one notices the new runaway, said to be the longest in Asia, and alongside, the lines of the Metro, which is above-ground on this section. When the new terminal is inaugurated, the Metro will be there to greet passengers as they deplane – ‘just like in Europe’.

There was a time, a Nehruvian time, when Delhi’s airport was the postage-stamp airstrip of Safdarjang amidst the residential zone where, today, India’s political super-heavyweights reside. After Palam was built, Safdarjang Airport’s utility was truncated when a flyover was built right on the threshold of the runaway. It became a glider airfield, and today not even that is allowed.

In a way, Safdarjang Airport represents all that the new India is leaving behind. However, the immediate counterintuitive refrain – that there are so many in India who remain poor and disconsolate – does not take away from the economic boom that a part of India does enjoy. The departure back then took place from Safdarjang Airport to Palam Airport, and the latter’s name changed to the Indira Gandhi International Airport, all of this happening at a leisurely pace over four decades. The transformation of the old IGIA into new IGIA is today happening at a truly breakneck speed.

While Safdarjang Airport may have been relegated to a backwater, the new and improved IGIA, together with the Delhi Metro, will help to further consolidate Delhi’s economic and political power. An efficient airport and a modern mass-transit system have a way of energising the economy, society and culture in a way that few other infrastructural additions can. Manhattan, after all, came into its own when the New York subway reached out to the far corners and helped commuters and other everyday travellers plan their lives around it. What remains to be seen in the decade ahead, is whether the economic boom supported by the airport and metro will be the kind that just makes the rich of Delhi richer, or whether there will be a spread of the largesse.

Regardless, the other cities of Southasia had better watch out – even Bangalore, Hyderabad and Bombay, and not just Karachi, Dhaka or Colombo – because Delhi is on a high roll. And any city, much less a capital city, that becomes so powerful can only be more of a challenge to everyone else. Unless it develops some empathy, saha anubhuti.