There are people who make films that can make a difference in the lives of the Subcontinent´s millions. They produce in a particular genre which the mass public hardly ever gets to see. Which is a pity, for unlike all other media, this kind of film has the ability to force change; it has the power to alert, to raise to anger, to energise to action. This kind of film goes under the unprepossessing title of ´documentary´. 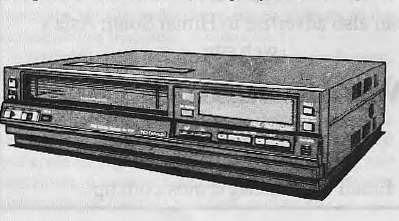 While it is true that the documentary has always been treated as a poor cousin the world over, in South Asia it is hardly even allowed in through the door. Documentary-makers make up a minuscule minority among those who work with the moving image in these countries. India has the most documentarists, but this is perhaps only because it of its size. Nepal has barely begun to discover the documentary, while the committed non-fiction filmmakers in all of Pakistan, Bangladesh and Sri Lanka can be counted on one’s fingers. This absence of the documentary among what the people get to view is cause for anguish for those who understand the direct link between what people know and how they act.

The documentary uses celluloid film or, increasingly, videotape, to document a situation or a story. To that extent, filmmakers are journalists with information to share and opinions to express. They are quite different from the propagandist who makes films for government information and broadcasting departments, the journalist who provides straight reportage, the technician who makes films of touristic destinations, or the archivist who shoots development projects.

For a subcontinent mired in inequity and poverty, confronted with rapid and unnerving modernisation, steeped in superstition and afflicted with political ennui, it is the documentary that has the ability to make the audience sit up and take notice. The audio-visual media, though fleeting and ephemeral, has a unique power of persuasion compared to print and radio. The ability both to see and listen brings a viewer closest to what can be experienced through real-life experience, except that the packaging of a film means that the presentation is that much more concentrated and forceful.

What Do They See?

Every day, South Asians by the millions throng cinema halls. By the millions, they rent out videos and play them to friends and family. And by the tens of millions they sit rapt before the television screen, watching what BTV, Doordarshan, NTV, PTV and Rupavahini have to offer on the government side, and STAR, V, Zee, CNN, and so on, via the satellite beam.

The bulk of what the uncomplaining South Asian population watches on celluloid, videotape and television is pure, unstrained entertainment. There is nothing wrong with being entertained, of course, but there is very little else available, aside from the day´s politicised or propagandist news bulletins on TV. The only other fare – educational and development programming on government television – is lacklustre and a waste of effort, especially in an age when choices are no more than a flick of the remote away.

To be sure, this is true not only for South Asia. The difference is that there is not enough variety in the spectrum available to a Subcontinental audience. Nowhere in the column upon column of cinema and television schedules available daily does the eye come upon the word ´documentary´. This absence represents an incredible waste of opportunity to provide the cinema, video and television audience with something that is not only interesting but has social content also.

The experience of showing documentaries to both urban and rural audiences has revealed without doubt that there would be an audience in sufficient numbers, if only they were allowed to be screened. The public may be ready, but the proprietors, producers and programmers are not. Certainly, the song-and-dance fare is much more lucrative, but there is also a timidity among those who command the airwaves and celluloid stock to show films that have a point of view, which the documentary will have. Commercial and political interests thus converge in keeping documentaries at bay, even though the public may be visually literate and ready. 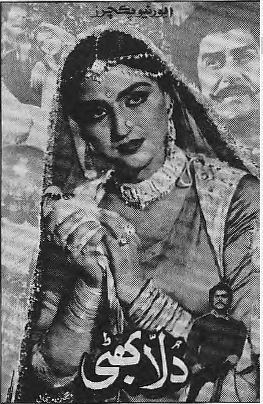 This is all the more saddening since the audio-visual media can be so easily ingested; it is much easier to get even an uninitiated audience to watch a documentary than to get it to read a serious book or listen to a radio commentary. The situation must change, of course. South Asia is squandering a potent agent. It is foolish not to use documentaries to assist in the growth of knowledge, understanding and social activism in the Subcontinent.

What Should They See?

There are three channels through which documentaries can be shown and a market developed.

The Cinema. Screening documentaries to a cinema audience is probably the most powerful use of a captive audience, as the makers of commercials have known for long. Many countries still have the laws in their books requiring cinemas to show documentaries before the main show. A revival of these rules will certainly be resisted by hall owners, but their opposition should be overruled in the larger interest of society. It would not do, however, if documentaries of the insipid government ´information´ kind were forced down the throat of an exasperated public. A proper selection mechanism, outside of government and also free of the commercial and film industry pressures, would work.

The Video Cassette. There are hundreds of thousands of video cassette decks attached to television screens all over South Asia, from the remotest monastery in the Tibetan plateau to the islands of Andaman and Nicobar in the Bay of Bengal. These machines are there almost exclusively to run feature films, which tend to be long-winded Hindi potboilers and bad copies of action thrillers from the West. With the screening hardware already in place, it is a small step for some enterprising entrepreneurs to try and cater to that market with interesting documentary offerings.

The success of “video magazines” in India in the 1980s before satellite television nudged them aside indicates that a good proportion of consumers would be willing to see something in addition to filmi entertainment over its video decks. The knee-jerk reaction, “But nobody will watch documentaries,” is based on experience with dull educational and developmental productions passed off as ´documentaries´. Biting social commentary, high-quality footage of real-life situations, and the ´stories´ that they do present, can make documentaries as riveting – and sometimes more so – than Madhuri Dixit whirling around a tree.

Television. TV programmers are reluctant to carry documentaries because of the political terrain these films often traverse. Even in India with its larger market and more conducive freedom-of-speech conditions, the going has been tough for documentary- makers, with the courts often having to actually direct the exhibition of films that have even won national awards. Airing potentially controversial documentaries is even more difficult in the other countries.

This is where the role of groups to lobby both national and transnational television for quality television becomes crucial. In pressing their demands, these groups must speak up not only for more sensitive news coverage, in-depth talk shows and discussions, and good programming for children, they must also strenuously ask for air time for documentaries.

It is possible for the national intelligentsia to at least impress their views upon programmers at the national stations. But satellite channels are out of reach of even the most elite among viewers on the ground. Furthermore, while the reach of satellite television is regionwide, the consumers are scattered and separated by borders, economic extremes and linguistic divides. That is why activists lobbying television stations in each of their countries must also band together across borders for a subcontinent-wide effort to bring public service programming into the satellite channels. In the absence of this, commercial priorities and the interests of the affluent classes among the largest linguistic group (read “Hindi”) will define what all South Asians watch.

Uncertainty about the viewership potential is what seems to keep the commercial satellite channels from showing documentaries. But the point to be made is clear: satellite channels that are making free use of the airwaves for private gain must not be allowed to get away with 24-hour commercial programming. How to effectively pressurise them is, of course, the challenge.

The alternative to commercial television is public television – either autonomous stations set up by governments or independent stations which survive on philanthropy and public support. If this is overly ambitious for the existing conditions in South Asia, then at the very least pressure has to be put for public service programming within existing broadcast schedules of the satellite and terrestrial stations. The lobbying must start and move quickly to high gear, for the channel barons and uptight bureaucrats are not about to voluntarily provide air time for the public good.

While the audience for the documentary is bound to grow over the years from today´s tiny sliver of city-based film club membership, the quality, number and variety of documentary films all must increase if their audience is to grow. There is great opportunity at hand for this to happen now because the cost of producing documentaries continues to plummet. Today it is possible to make broadcast-quality films all by oneself using digital cameras. Editing can now be done on the hard disk of a computer, and prices everywhere are in free fall. This is the documentary filmmaker´s heaven, if there ever was one.

With lower costs, enhanced production quality, and a large potential audience, the world (or South Asia, at the very least) is at the documentary-maker´s feet. As time goes on, s/he must forsake the English language which for the moment is the documentarist´s near-universal language in the Subcontinent. S/he must reach out in the vernacular to the vast audience that is there and waiting. The success achieved by the press in the various regional languages all over is a precursor of things to come in the other media, including videography, and the serious filmmaker will have to take note sooner than later.

Those who make documentaries are people with social conscience. More often than not they are highly educated individuals with great ego, granted, but also with a sensibility and sense of caring for ordinary people and the natural environment. Like the good investigative journalist in the print media, the documentary director is a person who feels the urge to travel the lonely, difficult and time-consuming road of research, filming, editing and exhibition. The moment of glory, if it comes at all, arrives all too briefly and before audiences that are as yet too small.

And yet, what these makers of documentaries have to say – unlike the blockbuster filmmakers in Bombay or Lahore or Madras who work with budgets thousand times larger – brings together the full power of the audio-visual medium to bear on a subject. Documentaries represent the climax species, the highest form, of audio-visual media. A societal conspiracy today keeps this media from fulfilling its promise. But we can confirm that once the documentary is allowed to be seen in the Subcontinent, the public will catch on. It will begin to demand. And this will change the face of the region, for that is what documentaries have the power to do.