Who is the most humiliated man or woman in Asia? Some would suggest Thaksin Shinawatra, ousted by the Thai military for being a bad man. Which he was, as an egotistical wheeler-dealer, an Asian Berlusconi, who ran roughshod over all sensibilities. But the coup was a bad idea, and it leaves the deposed prime minister with a victim-hero image.

Perhaps Benazir Bhutto and Mian Nawaz Sharif could vie for the most humiliated duo, for having run a corrupt and inefficient state at different times, but more so for having been exiled and only being able to bark from a distance while the generalissimo runs the country as though he were born to rule. But the passage of time and the turbulence that has suddenly hit the Musharraf aeroplane has largely wiped away the stain of disgrace on the two. 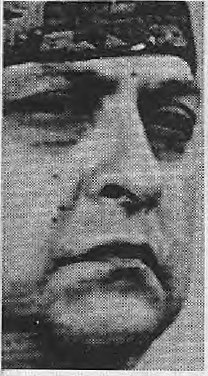 Chandrika Bandaranaike Kumaratunga perhaps, for the ease with which she has dropped from the headlines after being a mover and shaker for so many years. The rise of Mahinda Rajapakse led to a complete eclipse – and there is probably some story in there – but the humiliation is obviously not complete.

Ahh, Saddam Hussain, perhaps? The dictator of Iraq achieved the pit of disgrace-dom when he was discovered by the hated US Marines in a hole in the ground. The subsequent tape of his medical examination showed us Saddam’s unkempt hair, provided us a peek down his throat, and a view of the Y-front undergarment he seems to favour. But today he holds forth on television, suited and manicured, humiliating in turn the string of judges that have come and gone.

No, the most humiliated person of Asia today is Gyanendra, as yet king of Nepal. It all started when he decided that he was an 18th century feudocrat who could exploit a Maoist insurgency to bring back absolute kingship. He forgot that today was another time, another century. He used the army for his putsch, and insisted repeatedly on showing his disdain for the people and political parties alike.

Here was a king who believed rather idiotically that the kingship was his property, to do with as he pleased. And so he proceeded to dismantle it. He did not have the intellectual or managerial skills to run the dictatorship he was trying to establish, but managed to rally a few quislings, sycophants and generals for the purpose.

Gyanendra was humiliated by the people of Nepal in the April People’s Movement, when millions rallied by the millions and smashed his ambitions. He must have felt like the stupidest guy in the world. Thereafter, parliamentary proclamations have one-by-one taken away Gyanendra’s powers and privileges. His limbs have been clipped so that only the torso today remains. Gyanendra is no longer Supreme Commander of the Nepal Army, no longer the chancellor of assorted universities, his great commandments are no longer on the public hoarding boards, his wealth is now taxable, and the lawmakers are off on an investigative spree regarding his land holdings.

His Majesty’s Government is now the Nepal Government, and ‘Royal’ is off everything else – leaving you with the Nepal Army, the Nepal Airlines, the Nepal embassies, the Chitwan National Park and so on. A whisky named Royal Challenger is said to be facing some difficulty of image, but look at the sorry state of the government-owned pharmaceutical company, Royal Drugs. It is now just ‘Drugs’. The dour visage of Gyanendra still marks the rupee notes however, which even the Maoists are forced to accept in their extortion spree for want of alternative legal tender.

Gyanendra’s disgrace would have been merely personal had he not, in the process, destroyed the standing of the entire Shah dynasty – going back to his 12th ancestor and ‘unifier’ of Nepal, Prithvi Narayan Shah (the Great, as the Panchayat autocrats liked to call him), whose vandalised statue remains covered with cloth outside the central secretariat in Kathmandu. The public opinion polls show the monarchy, as expected, plummeting in the public’s esteem. Even while some may like the idea of retaining monarchy in some form, however, no one wants this king, nor his desperado son, Paras.

There was once a man who inherited a kingship – one that was at the time relatively whole – from his murdered brother. In all of five years he ran it into the ground. This man was thought by some to be shrewd and wily, but it was only the distance of royalty that had given that false impression. When this man became active, he managed to destroy a historical institution of nearly three centuries’ standing. Some historian writing on the demise of monarchies will say that the man was more a fool than a trickster. But when it comes time for mythmaking, there are others who will say that Gyanendra was sent down by providence to dismantle a kingship, in the realisation that the citizenry was quite capable of moving along without a monarchy in the year 2063 (Bikram Era).