To say that someone is a ‘Southasian’ is, in Himal’s lexicon, a complement of the highest order. And that is not intended to imply any racial or regional chauvinism – it’s just an idea that the values of Southasian-ness, beyond nation-statism, imply confidence, competence, commitment, empathy and an evolved ability for self-deprecation.
Edmund Hillary, who died on 11 January, was a Southasian. Of course, he became nominally a Southasian when he was granted honorary Nepali citizenship in 2003. But he was a Southasian well before that as well, due to his seeking to understand the Himalaya and its people, due to his coming forth to help without fanfare and without seeking applause. Indeed, he later said that his proudest accomplishment had not been climbing Everest (“We knocked the bastard off!”), but rather what he did to help the Sherpa community in his decades after the ascent. 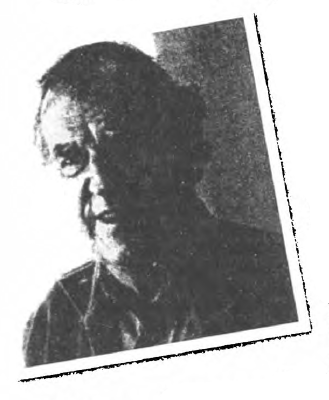 Sir Ed was a gentle adventurer, who used humour to cover his sense of unease with having achieved international fame. Once, when challenged about whether George Leigh Mallory and Andrew Irvine might actually have reached the summit before him and Tenzing Norgay, back during a 1924 expedition, Sir Edmund replied in words to the effect, “Well, you also have to come back down alive.”

Sir Ed’s personality came through in an interview that I conducted for Himal’s very first issue, in July 1988. (The ‘zero’ or prototype issue had come out in May 1987.) At that time, and till 1996, Himal was a Himalayan magazine, and so the issues discussed were all about the mountain people and the mountain environment. Here are some excerpts from Sir Ed’s responses to my questions: • There is immense ecological degradation across the mountains. The Chipko experience is good, and seems to have worked in its specific region; but maybe every area has to develop its own techniques.

• Not by any means are people conservationists by nature. They have to live from day to day and life is hard.

• It is no good saying, “We want this environment unchanged for the next hundred years.” The hill people live very much in the present.

• In the hill areas, I would rather see slow and steady progress. As my Sherpa friend, Mingma Tsering, says, “Slowly, slowly is better.”

• The idea of tourism is good, but one has to consider the pressure on the environment and the local culture. There has to be some discipline and control, but the young and the impecunious must not lose their access. So what is required is balance in control. The big mountains of the Himalaya should not be the sole preserve of hotshot alpinists. That is an arrogant view. Mountaineering should be for everyone who is reasonably competent.

• I say let the mountain [Everest] alone for five years. They should close the peak, and then start all over again in a controlled manner.

Not surprisingly, the departure of Sir Edmund was also a time to remember Tenzing Norgay, a true mountaineer among the myriad Himalayan ‘tigers’ who helped the sahibs attain the Himalayan summits. They were quite a duo, Hillary and Tenzing, each a notable personality in his own right. In his writings, Tenzing comes across as an extraordinary person, sensitive and intellectual.

When the Everest team arrived back in Kathmandu after the successful climb, in June 1953, the reception was all about the glory that Tenzing had brought to Nepal. In sharp contrast to the fame with which Hillary was showered for the rest of his life, in Kathmandu at that time the glory was reserved for Tenzing. With Nepal having just entered the modern era, there was a need to pump up the mountain hero– to anoint him a ‘Sherpa’ and lay exclusive claim to the successful climb. In victory laps around Kathmandu atop a jeep, it was Tenzing rather than Hillary who was lionised. The bard Dharma Raj Thapa sang of how Tenzing had led Hillary to the summit. But Sir Ed kept the promise of not revealing who had actually first stepped on the summit till long after Tenzing died in 1986. It was he, the lanky New Zealander, who had done so. Tenzing was a Tibetan by birth, born in the Kharta Valley east of Everest. He grew up in the Khumbu, in Nepal’s Sherpa heartland, before moving to Darjeeling to seek climbing jobs. He made it up the South Col of Everest in 1952 with Charles Lambert, within striking distance of the summit. He returned the next year with Hillary as part of Lord John Hunt’s expedition. Here is how, in July 1988, Hillary described Tenzing, who had moved on two years earlier:

In 1953, when we climbed Everest, we were friendly and worked well together, but you would not have said we had a warm relationship. In the last ten years, we came closer, and in the last couple of years, we were really very close. We were able to communicate better and we talked philosophy, for he was quite a philosopher. Buddhism was very important to Tenzing, and he had a gumba on the top floor of his house. He was very concerned for the education of his children. He had very little to do with the Sherpas of Khumbu. The way of life of the Darjeeling Sherpas and the Khumbu Sherpas are very different. Rest in peace, Hillary and Tenzing – Southasians both.